A 30 hectare greenhouse park for cultivating peppers, tomatoes, eggplants and herbs. Another 50
hectares to grow asparagus and soft fruit outdoors. Processing & distribution facilities, family-friendly housing, a restaurant & shopping centre. And let's not forget the fish farm. All this is included in the plans launched by the German company FAKT AG. CEO Hubert Schulte-Kemper launched the plans yesterday, in Hungary. German cooperation Landgard is partnering in the project to market the fruits & vegetables. 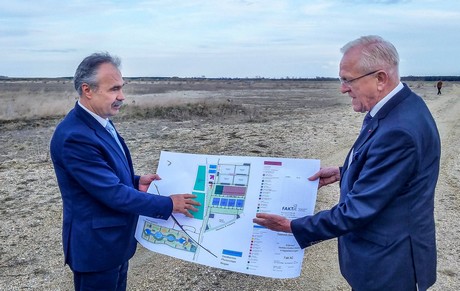 Project developer
FAKT Ag is a Germany project developer with its core sectors in real estate, municipal infrastructure and capital markets. Now they plan to invest 1 billion euros in this new center in Western Hungary.

Remarkable is the comprehensiveness of the project. It includes a 30 hectare greenhouse (tomatoes, peppers, eggplants & herbs) and 50 hectare outdoor cultivation of asparagus and soft fruit. Then there's a 15 hectare processing center planned, including warehouses, cooling and freezing facilities to process fruits and vegetables from all over Hungary.

Also "Europe's largest onshore fish farm in king fish, salmon and other fish species" is planned on the location.

Another 50 hectares in the center area of the property will be designated for logistics. Currently the motorway is already there. A train station is yet to be created.

Then there's the plans for housing construction. Approximately 1,000 apartments are to be built on another 90 hectares. A kindergarten, elementary school and facilities for further education are to be realized. The plans include a conference center including a hotel, restaurant and a shopping mall. Also there's the modern camping area for stationary truck traffic and regular tourism to be created. 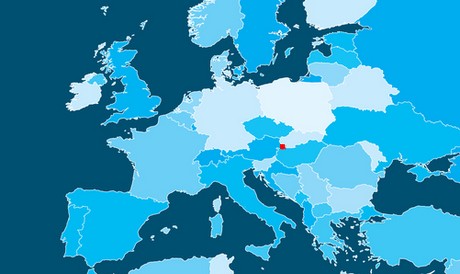 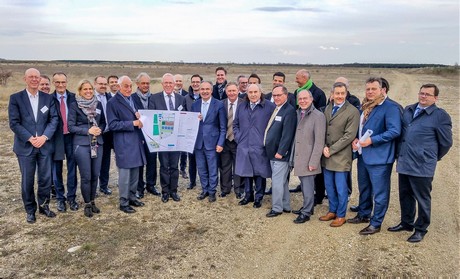 5,000 jobs
The project was announced by various Hungarian politicians. István Nagy, the Hungarian minister of Agriculture, called the project unique, of high value to the Hungarian industry. He praised the plans to create 5,000 jobs in the region.

Also present were cooperation partners, including Hungarian construction company KÉSZ Group and energy company E.ON, who have been working with FAKT more often. For marketing the produce FAKT partnered up with the German cooperation Landgard. "A successful marketing producer cooperative with first-class connections to leading European retail chains", FAKT-CEO Schulte-Kemper said. He explained that the company had chosen western Hungary as it is located in the Budapest-Vienna-Bratislava triangle and it has many infrastructural benefits. 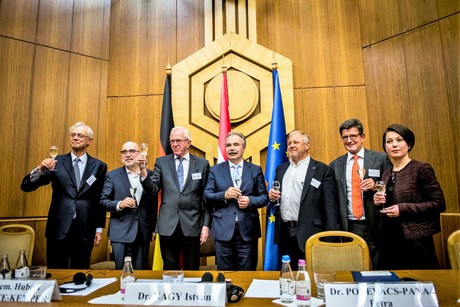 Sustainability
Sustainability is also to become a key topic in the realization of the project. "We're very enthusiastic to start this project and with the diversification and inclusion of this many fields, agriculture, fish farming, solar energy, housing and education, we're hoping for it to become one of the landmarks for Europe."