From sweet pepper cultivation to seed production at Mr Seeds

It's quite a daring feet: to increase the height of a 3.7 ha pepper greenhouse and then use it to produce pepper, tomato and cucumber seeds. The company taken over from his father was doing fine, but Maikel van den Berg was looking for a challenge. Together with his current partner Roy Persoon, the idea arose for a seed production company. 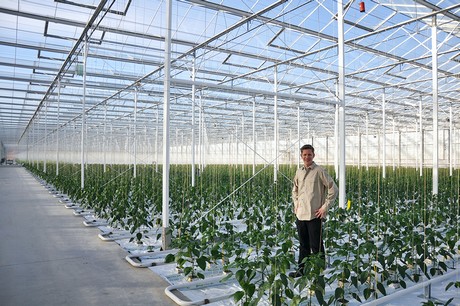 The existing greenhouse was emptied completely and raised in its entirety by 1.5 meters. The greenhouse with previously 8 departments is now divided into 10 departments. A large part of the greenhouse facilities has been reused. All parts that were still working properly, such as sulfur pots, fans and control boxes, were placed back according to a new layout. 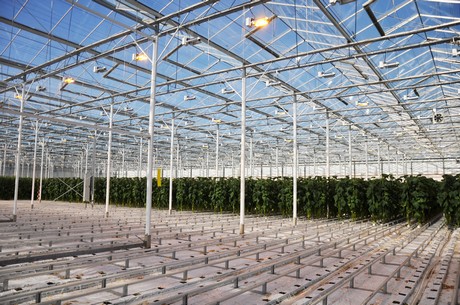 Maikel, who is visibly satisfied with the end result, explains why: “the basis must be good and therefore we have consciously invested in it. The recycled materials can, if necessary, be replaced in a number of years quite easily.” 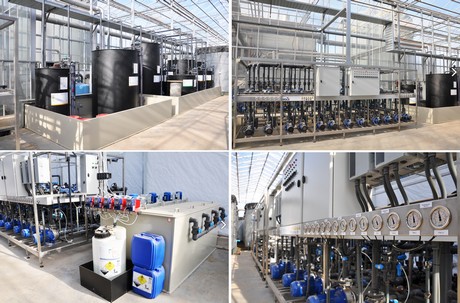 Controlling 10 crops from 1 water-technology room
A small part of the greenhouse has been converted into a water technology space, where a lot of tech can be found. A lot is needed to control 10 different crops from one water room. The water flows for each department are completely separated.

In order to stock the right recipe for each crop, a silo has been placed for each department. The recipe is then distributed to the plants via separate main pipes. When the drain water returns to the water space, it is measured and registered per department. 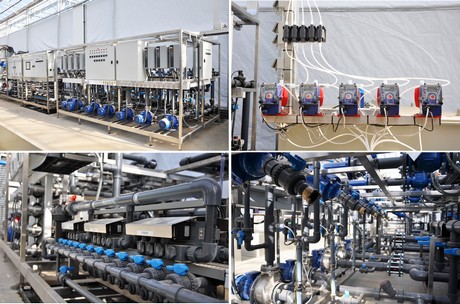 Based on the measurement, a choice between different dirty water sewage silos is made. This prevents unnecessary mixing of different fertilizers.

To be able to reuse the water, it is disinfected by a Priva Vialux (MD-UV). The Nutronic is placed directly behind this and mixes the clean water directly to the desired formula, which is stored in one of the day storage silos. To achieve this, the units are equipped with multiple supply and discharge pipes.

In addition to the recycled materials, also new installations have been fitted in the greenhouse. Where necessary, new panels and fans were installed and everything has been electrically connected again. All departments have been made suitable for the various crops so that they can be used according to demand. Assimilation lighting also has been installed in a number of departments. The goal is to expand this in the future, but for now it is sufficient.

Collaboration and equality are of paramount importance. Jan, the cultivation manager, says that there is close cooperation between all employees to achieve results. Everyone gets involved in achieving set goals.

When the plan for adaptation was ready, several parties were asked to make a proposal for the implementation of the technical installations. Maikel and Roy invited, based on some wishes and requirements, each company to give their own creative interpretation of the design. “Stolze's creative solution stood out and emerged as the best.” says Maikel.

He says he is happy with this choice. “We think alike, for example when Bram calls because he just thought about something the previous evening. Sincere interest is shown to make the most appropriate installation, and that works very well.”