US: Funding to monitor and forecast cucurbit downy mildew

Cucurbit vegetables grown in the U.S., namely watermelon, cucumber, squash, pumpkin and muskmelon, are worth $1.35 billion. Faculty at Penn State in collaboration with 16 other universities will utilize funding awarded by the 2018 USDA Specialty Crop Multi-State Program to monitor and forecast cucurbit downy mildew (CDM) over the next three years. 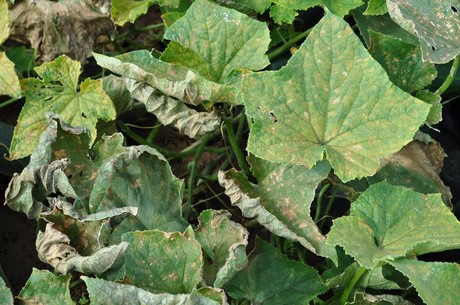 Growers in these eastern U.S. states account for 56 percent of the total U.S. value of cucurbit production. All cucurbits are susceptible to downy mildew caused by the oomycete Pseudoperonospora cubensis. In response to the resurgence of downy mildew in 2004, which resulted in significant economic losses, the cucurbit downy mildew forecasting system was developed to guide growers in applying their first fungicide spray through prediction of long distance spread of disease epidemics.

Potential savings are at least two to three fewer fungicide applications per year depending on the type cucurbit crop (e.g. pumpkin vs cucumber). This project will improve the ability to monitor and forecast CDM through continued operation and refinement of the CDM ipmPIPE system and collaboration with the iPiPE Cooperative Agricultural Project. The research objectives are to monitor CDM with a network of sentinel plots, forecast downy mildew using the CDM ipmPIPE cyberstructure and assess fungicide efficacy and mating types of the pathogen to develop cucurbit host-specific recommendations.

It is estimated that at least 20,143 cucurbit growers will benefit from this project with an estimated economic benefit of $3.91 million in fungicide costs saved over three years by growers in the 16 participating states.