Has economic progress and technological advancement turned the earth into a time bomb? The devastating effects of global warming are evident in all the continents. Why are people destroying Mother Nature in their quest for economic freedom? The mountain glaciers and polar ice caps are melting away. Lakes are warming quickly all over the globe; animals have been compelled to alter their patterns of migration and plants have equally altered the chronology of their activities. But what are the visibly negative changes brought about by the emission of greenhouse gases and carbon dioxide (CO2) into the atmosphere? 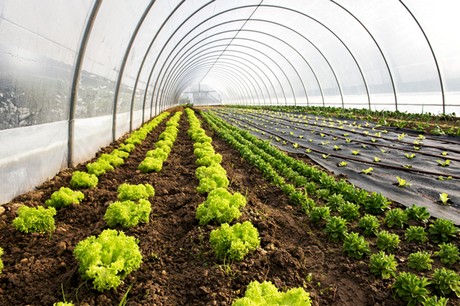 Changes brought by global warming
Rising of mean temperatures and exposure to excessive temperatures; in a span of approximately 100 years, the earth’s mean temperature has shot up by 0.8°C. Severe events of the weather pattern; the summers have become extremely hot and the winters excessively cold. The formations of hurricanes have also been affected; they are now more harmful than before. Global warming has also increased the strikes of lightning. As long as global warming is not contained, then let’s be sure of frequent droughts, rainstorms, blizzards and heat waves. The level of the sea water is continuously increasing and the acidity levels have similarly been affected. This is attributed to continued release of green gases and CO2 which have highly raised seawater acidity.

Cheap energy
One of the central reasons behind increasing CO2 emissions into the atmosphere is men’s preference for cheap energy suppliers. Technology has improved and advanced agricultural production. This is evident in the setting up of professional Greenhouses. These Greenhouses are used in the production of several groceries, such as: vegetables, tomatoes, fruits and even fish. Nonetheless, how does man employ use of cheap energy suppliers in professional greenhouses? And what are the results of these actions to the environment? Let us look at the level of CO2 emissions in big greenhouses which are used for professional goals in order to have a better understanding of this:

CO2 emissions in big greenhouses used for professional goals
Horticultural greenhouses need CO2 for plant growth and at the same time emit CO2 into the atmosphere. CO2 is needed in the process of photosynthesis for plants to manufacture food. Between the years 2010 – 2015, CO2 emissions by large horticultural greenhouses stood at 5.7 metric tons. This marked a 25% decrease according to the US government statistics. Heating and lighting are very essential aspects in the operation of greenhouses to maintain an optimum plant environment.

Major greenhouses prefer to engage cheap energy suppliers in their provision of energy which is used in the heating and lightning of the greenhouses. These sources may involve tapping into the use of sustainable energy such as: solar energy, bio-fuels, and geothermal heat. Apart from these cheap energy suppliers being economical, they are also environmental friendly compared to the use of fuel generators and electricity. You have to consider them when establishing a professional greenhouse.