US: South Carolina entrepreneur combines engineering knowledge with a passion for growing

After successfully experimenting with growing inside a small greenhouse in his backyard, South Carolina software engineer Shawn Ransford quit his day job and started Holy City Farms. Nowadays he is combining his engineering knowledge with his passion for greenhouse growing.
Shawn Ransford was always interested in greenhouse growing. He started with a small greenhouse in his backyard in which he cultivated heirloom tomatoes. When local restaurants started to show interest in his harvest, he soon found out that he should upscale production. "I knew that I had a viable business model and that there was a market for our locally grown tomatoes." After starting off on a small scale, Ransford and his family broke ground for a new and larger operation. 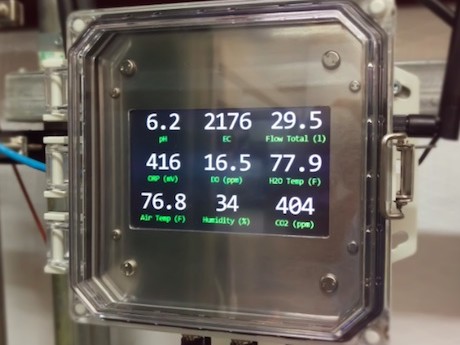 Today, this 1,100 square meter greenhouse is filled with over 3000 tomato plants. "Not large, but for us it is just enough to sustain our family and employees." Holy City Farms essentially grows only heirloom varieties that they market to a selection of restaurants and farmers markets in their community. "Marketing is easy...the challenge is the growing."
Ransford said that they focus on taste above all else, but put a strong emphasis on growing techniques and processes. They grow using conventional hydroponics in different growing mediums, like coir, rockwool and perlite.
"We vary substrates but will always grow soilless as it is more sustainable and controllable in a water saving hydroponic setting." 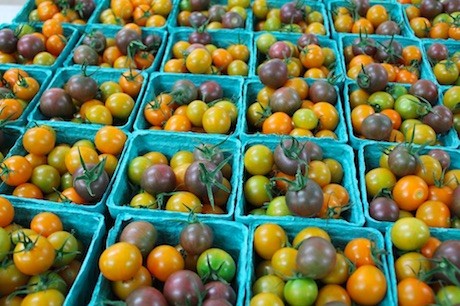 Ransford is a completely self-taught grower. Everything he does in the greenhouse he learned over the internet or by speaking to other growers. He believes that the most important lessons come from experience. "You can attend courses and learn the basics, but each growing environment is unique, so you will always be self taught."
Until recently, Ransford was producing their crops year round. "We were challenged with very hot summers the last two years. We lost an entire crop as a result of the heat last year. This year the plants survived thanks to a chiller system and oxygen infusion system, but the heat stress was still too high on the plants’ ability to set fruit.” For this reason, they rescheduled their production to start in October and last till July the next year. This should result in a stronger crop with better yields and higher quality production. 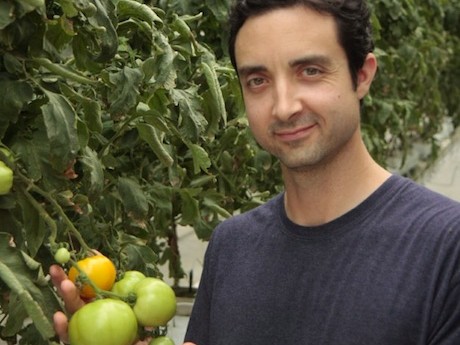 Ransford started his greenhouse adventure when he became complacent as a software engineer. "I was working for a software company and began looking for a way to get out of the office and be more hands on. I wanted to be my own boss, contribute to the local economy and build a future for my family.”
Looking back at the first years of his new career, he confesses that he is using computers more than expected. "Even though I am a grower, I spend the majority of my days behind a computer." This is also due to the fact that Ransford is continually looking to optimize his farm output using his engineering skills. He used his background to develop several systems to improve the health and output of his operation.
"Our greenhouse uses a control system from Eric Labatte's Climate Control Systems' company in Leamington, Ontario. Two years ago I started programming for him. This has provided insight into other systems on the market as well as a better understanding of what growers need to be successful." 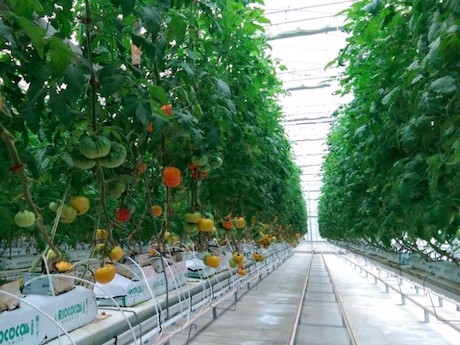 Last year, Ransford began working on a system that would help him to better read and analyze the data coming from the sensors in his greenhouse and fertigation systems.
"Most systems allow you to read values like EC and PH, but there are additional parameters that are important to understand plant health and yields. I designed my own system, called the MANTIS, to combine all of these readings into a single web based interface...available on any device...from anywhere."
The Mantis system was once a side project. However, he has now launched KnowYourGrow.IO and hopes to bring the system to growers everywhere.
"It helps a grower to record readings 24/7 and compare and analyze current against historical data. This gives you the knowledge needed to see where things went right...or wrong. A grower can then avoid mistakes or replicate success in the future. By making more informed decisions, a grower can improve plant health and ultimately yields."
The first version of the Mantis is packaged with PH, EC, ORP, Dissolved Oxygen, water temperature and an optional flow rate/total sensor. Ransford is currently developing additional products for integration into control systems as well as modules to support new sensor types. The end goal is to pack every sensor reading of value into one easy to use platform. The Mantis has been extensively tested in the harshest of greenhouse and indoor grow conditions.
They are offering HortiDaily subscribers a 10% release discount through the end of the year. Use the coupon code HORTI10 at checkout.
Shawn is available for questions and requests: shawn@knowyourgrow.io