Growing on nets instead of substrate in multilayer cultivation

As demand for food has become huge and will only increase, companies are looking for new cultivation techniques to grow as quickly and smoothly as possible. Light4Food is one such company, focusing on the design, production and installation of sustainable closed cultivation systems, also called City Farming. By using LED lights, creating the optimal climate and growing on nets makes this way of cultivation work for optimal growth and sustainability of crops. 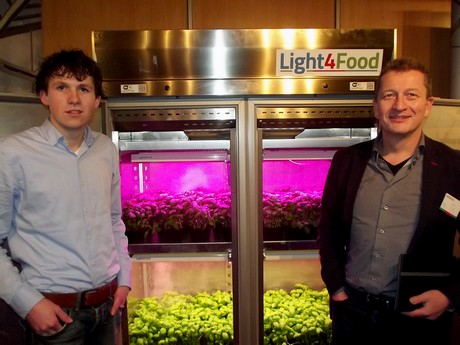 Multilayered cultivation
The use of LED lighting in cultivation is nothing new, but growing on nets in multilayer cultivation is, at least according to René van Haeff of Light4Food, unique. "Growing without daylight in closed cultivation systems was originally intended for mushroom cultivation," he says. "Peter Christians first began with growing lettuce and leafy vegetables in this system. For this, we made use of paper pulp. For this cultivation we could not guarantee that the pulp was completely pure. Therefore, we searched for alternative substrates and hit on nets. The plant root grows through the net to a layer of water."

Clean crop
This way of growing has, according to Light4Food, many advantages. “Growing on nets keeps the crops clean. This means you don’t have to wash them, and because of that, they don’t bruise.” 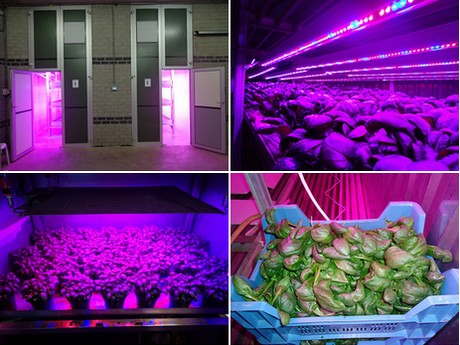 Food supply
The system can play a big role in our future food supply. "The future is not so far off. In some regions, this way of growing is already highly relevant today," says Light4Food. "It’s ideal because it uses very few resources. In fact, the only thing you need to produce is seed. Also, you have very little waste."