"With the Plant Monitor, you truly get to know your plants”

Growers are increasingly significantly changing their cultivation strategies out of choice or necessity. Either way that makes them eager to understand the consequences of their decisions. Sensors help growers do that. Sendot provides those sensors, but since January 1, 2023, it also provides a more extensive guidance program under the name Sendot Plant Monitor. 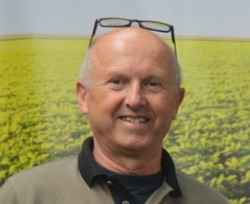 "We want to guide growers for a longer period," says Arie Draaijer, this Dutch company's technical manager and senior researcher. Sendot finds that, in this way, far more can be gained from plant and greenhouse measurement data. "Sometimes data shows that green fingers can be even greener." 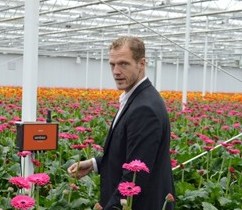 Optimization
Sendot is known for its photosynthesis and oxygen-measuring sensors. That will remain so, even after introducing the Plant Monitor. "We want to use this to help growers optimize their cultivation," adds Commercial Manager Erwin Gräfe.

"That's after, say, switching from SON-T to LED lighting." This is an example of a currently common greenhouse adjustment. "Our photosynthesis sensor gives growers quick insight into how their cultivation strategy changes affect the plants," he says.

They are making inroads in heating too. Arie points to a Dutch bell pepper grower who turned his greenhouse's 24-hour temperature down to 16°C. "That's never been done before. Growers are pioneers, and sensors help with that. They have to survive, but growers are also seizing the chance to get a better grip on their cultivation. That requires more data and guidance on how to interpret that data properly. We want to offer some of that." 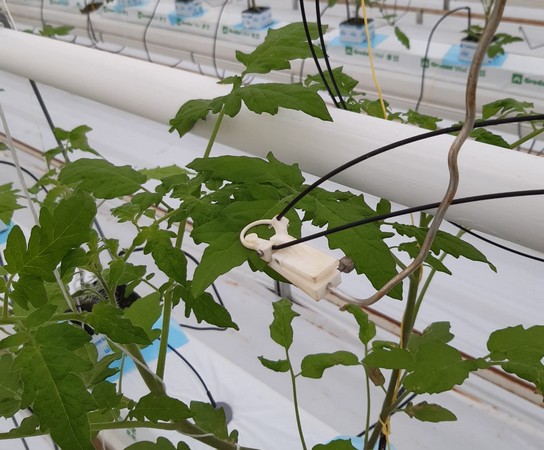 An active Sendot sensor is being used in tomato cultivation

Learning to interpret data
Not that Sendot was not already doing that. The consultants were already paying growers many visits. The Plant Monitor will aid the advisors in helping growers who introduce or use Sendot sensors for longer. "Just like cardiologists have to know how to read electrocardiograms, growers must learn to read photosynthesis and oxygen data," explains Arie.

He says oxygen can be broken down into "keeping everything nice and constant, not doing anything crazy, and regulating the watering properly." But photosynthesis is slightly more complicated. "You have to learn to read the data from photosynthesis measuring sensors. It's about learning to think from the plant's perspective," Edwin adds.

Quick gains
In Sendot's experience, growers using the photosynthesis sensors gain their first insights after about two months. "Those are often quick wins. But each season's different. That's why it's good to go into a longer process of measuring and interpreting data with each other." Some forward-thinking growers were already doing this years ago, but now 'the masses' are following suit. "We want to use the Plant Monitor to help these growers too. They must make gains with their existing or recently adjusted cultivation strategies," Edwin continues.

Growers who take the Sendot Plant Monitor measuring and guidance route get an evaluation and research report. "Growers can use this to set their course for the coming years. We also point out possible bottlenecks." 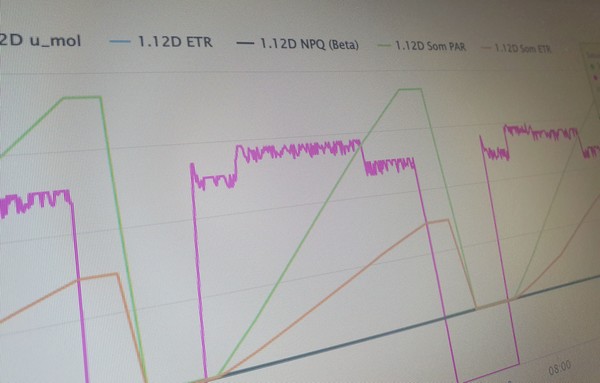 Data-driven decisions
This specific data allows for increasingly precise cultivation intervention. Arie cites another practical example, this time from tomato cultivation. He knows growers who buy CO2 are, for business reasons, starting to consider CO2 dosing more carefully. "These growers stop dosing CO2 and begin ventilating at a certain time of day. Then, precious CO2 disappears from the greenhouse."

Growers can use Sendot sensors to determine when to stop CO2 dosing well. "They can see what CO2 costs, at what production they're running, and when it's best to stop. There are also general models for that, but you can see when to stop far more precisely with the right data," Arie explains. 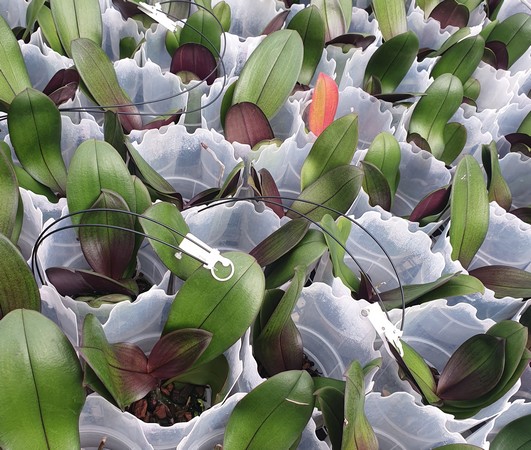 A Sendot sensor is being used for orchards

Event on January 12
The economic situation has sped up the process in which growers use sensors and the data they provide. "New Cultivation and data-driven cultivation have gained momentum." Sendot is, therefore, finding that growers have even more questions. "They say, 'We added an energy screen, but fear a dead climate. Can we get insight into that?'"

A good reason for Sendot to organize an event around common questions and current issues. On January 12, 'Plant Insights' will take place at the World Horti Center in Naaldwijk, the Netherlands. "We'll focus on plant insights from different angles and visit various trials. We want to encourage attendees to think about what they're doing and what they could still do with measurement insights," Arie concludes.