"We can't grow 1000 acres of vegetables, but we can grow the equivalent in nutrient density in a 500-square-meter space"

A Northern New South Wales microgreens grower has rebuilt "bigger and better" than before after being wiped out by flooding earlier this year.

Five Sixty Farms is based in Lismore, and owner Pepe Fassos says while the region is in a flood area, they had never experienced anything like what they experienced in late February when waters peaked higher than any other flood in recorded history.

"We are equipped for an average flood, but this wiped out all our infrastructure and put me back to zero," Mr. Fassos said. "It was a challenging time, but we rebuilt with amazing support from the community. All my customers that I built relationships with over the five years prior and wanted us to continue - the Northern Rivers region itself really gets behind you. For example, local companies offered discounted greenhouses or faster rebuilds, and in some cases, we jumped the queue. We feel really blessed; we are back and better than before, with a more professional setup - so for us, we got to experience a silver lining in a horrible event." 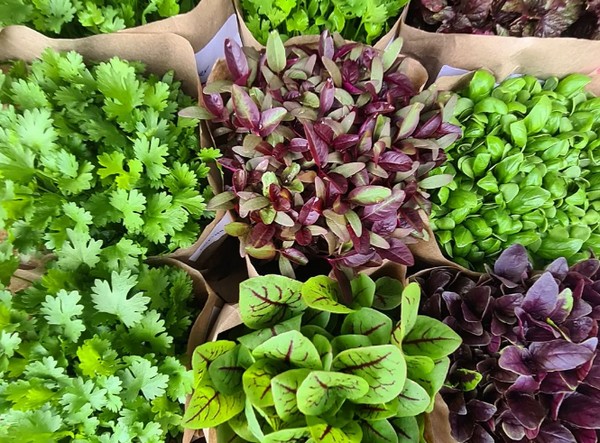 Mr. Fassos has more than thirty varieties of basic microgreens that are available on a seasonal basis, while Five Sixty Farms also grow unique varieties for clients looking for specific needs or flavors. As a result of the expansion rebuild, the company is now looking at supplying nationally through wholesale and an app called "GROW Marketplace." 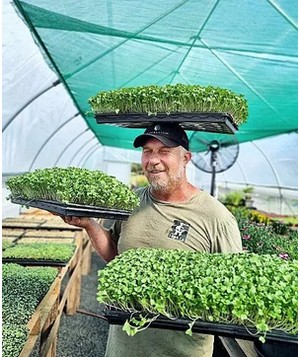 "Pre-flood, we only had 100 square meters for growing microgreens and market gardens providing herbs and other salads that complement microgreens," he said. "It was on a chef premium scale, so we were catering to upper market chefs and restaurants and growing to order and flavor profiling. So, we had a different service. But now we have rebuilt to 400 square meters of growing space. That quadruples our capacity and enables us to branch out into a bigger market while still holding those values at a higher level. So, we are happy we can branch out a bit more and get out of just the local Northern Rivers circuit and offer our products nationally. In saying that, there are local wholesalers that we are using first, and there is a big movement to support your region first. So, if I was to choose national supply, I would grow it like a bubble, not just rushing interstate."

The health benefits of microgreens are a real seller 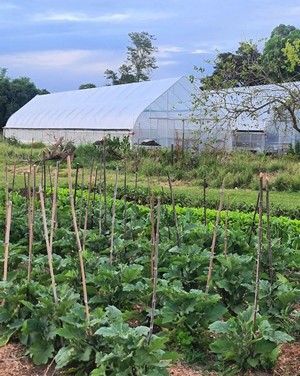 Mr. Fassos explains that there are a lot of nutritional benefits, and since the COVID-19 pandemic, the customer base has grown from just the hospitality sector (which was severely impacted by lockdowns) to health-conscious consumers. Previous studies have shown that microgreens can contain between 4 and 40 times more nutrients than their full-grown counterparts.

"The nutritional benefits are phenomenal," he said. "What we are finding is that chefs that microgreens are often just a garnish, whereas, for the (at-home) consumer, it's a necessity. We are attacking both markets and steering more towards the health market. People often make green smoothies; they add microgreens as a real boost because you don't need to use too much, but you are incorporating a large amount of antioxidants. There is also a range of salads, and some can even be incorporated into hot dishes, say adding them to stir-fries after the cooking process." 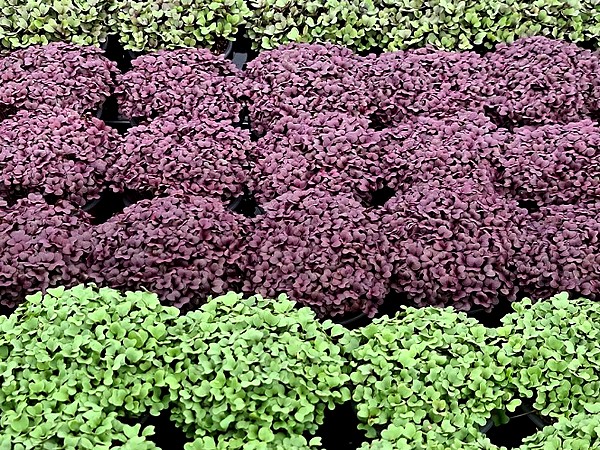 Five Sixty Farms are also ACO Certified Organic and currently has the largest range of organic micro greens in Australia. Mr. Fassos says he is proud of that milestone, which also gives them leverage into a market that is about to boom because people are becoming more aware of where their foods are coming from.

"Organic offers the product in its truest form," he said. "We utilize all the natural elements like sunlight, and we have a good rainwater system to purify it as well as good compost. So, the end product is the microgreen in its purest form. Often some commercially-produced microgreens are hydroponically grown and pumped out fast, and therefore they don't get the best results that they could. While some people who use it as a garnish may not care, others who are health conscious really do care. It's important to them. I would love to see more attention given to the microgreens category; because they can be grown in small spaces, they are sustainable, and we don't need to dig up the earth to grow them. They can be grown in greenhouses; they don't use too much power and can utilize solar. I think moving forward, it certainly is an option to contribute to food shortages while at the same time keeping up nutritional levels; we can't grow 1000 acres of broccoli, but we can grow the equivalent in nutrient density in a 500 square meter space."