In a glamorous event at our Award Ceremony in Krakow on 15 September 2022, the winners were awarded the most prestigious packaging design award: the best cartons on the market. Carton of the Year went to General/Snack Tomatoes, by Rutgers Printing & Packaging Solutions made out of cardboard from Stora Enso. This Award is not only about aesthetics – functionality also needs to persuade the jury. And there was a clear winner right from the start: the circular economy. 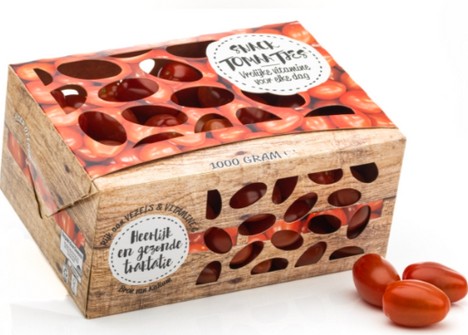 The European Carton Excellence Award, which honours striking packaging concepts that are already successful on the market, has become one of the most important and prestigious packaging design prizes in Europe. This year‘s 26th Award Gala of the European Carton Excellence Award took place in Poland for the very first time: an incredible experience – finally celebrating in person again after two years!

This pioneering Award has itself also gained in importance: it highlights sustainable packaging possibilities for the future that have already proven to be very successful commercially. “The entries clearly demonstrate the leadership of carton solutions on the road to circularity”, said Winfried Mühling, General Manager of Pro Carton.

Satkar Gidda, Chairman of the jury, was highly enthusiastic: “The judges look to see where a pack has certain advantages or benefits in either reduction of material, structural design, touch and feel, merchandising, and of course, consumer understanding and benefit. This year, we noted that whilst some years ago we had many entries focused on print finishes, new print techniques and emboss/textures, we now see more and more sophisticated, clever cartons; the structures of which are very carefully thought through.”

The top prizes were awarded to the best packs in both virgin fibre and recycled cartonboard as well as to the best entries for the three Special Awards: Sustainability, Innovation and Public Award. Four Platinum and eight Gold Awards were also given to outstanding packs that highlighted some of the most exciting developments in the carton market and demonstrated many new ways in which cartonboard can replace less sustainable packaging!

Carton of the Year 2022 is “General/Snack Tomatoes” by Rutgers Printing & Packaging Solutions. The jury was absolutely enchanted: “The design integrates the motion of a human hand in a natural way, for incredibly genuine use. It has a locking mechanism with an audible ‘click’, giving the consumer the assurance that the pack is locked.”

In addition to this one-off award, two winners – carton converter and cartonboard manufacturer – also received the Carton Excellence Cup, which was introduced for the first time last year. The trophy will remain with the victors for a year and will then be passed on to next year’s winners. The names of all previous winners are engraved on the trophy and will be updated each subsequent year. A lasting tribute for the many outstanding contributions to a better future!