Mexico is, by far, the largest exporter of peppers on the planet. According to data shared by FAO's statistical agency, Faostat, in 2020, it supplied the various markets around the world with 1,138,288 tons of chili peppers, hot peppers, and green peppers and accounted for 28.4% of the total volume of peppers traded on the global market. 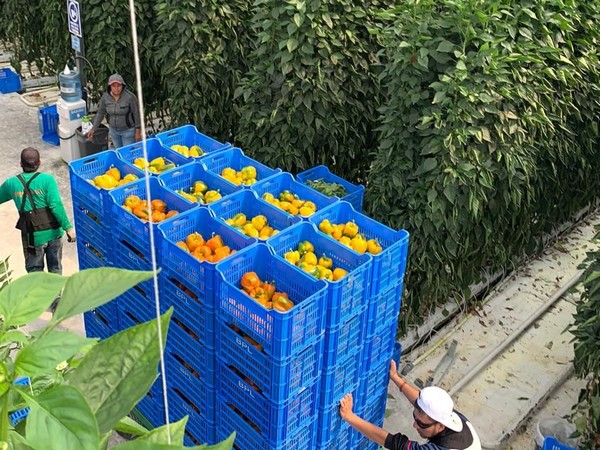 The industry of this vegetable has experienced an important boom in recent years in the North American country, hand in hand with the increase in the demand from its main customer: the United States, and the development of protected agriculture, which has allowed not only greater efficiency and control of the production, but the possibility of offering a fresh and quality product throughout the year. In fact, currently, almost 50% of the production in the country is carried out in protected agriculture, and this also applies to Bell Pepper Lovers.

"Bell Pepper Lovers is a Mexican company that was founded in 2017 and currently has more than 280 partners. We have departments of Quality, Safety, Production, Packing and Marketing, HR, Finance, Maintenance, Purchasing, Logistics and Inventory, Special Projects and General Management, and we are located in Lagos de Moreno, Jalisco" says the firm's general manager Francisco Peñacoba. 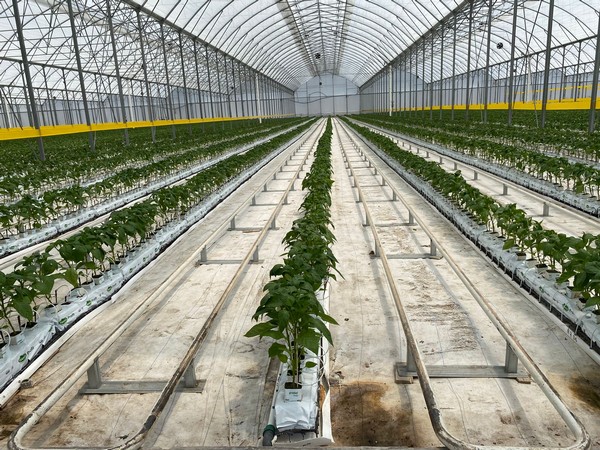 "We currently have 12 hectares of bell peppers in production in high-tech hydroponic greenhouses, with an annual production of 3,600,000 kilos; that is, 3,600 tons per cycle. We use CO₂, heating, and, although our production is conventional, we have implemented integrated pest management using beneficial insects from BioBee, and have achieved a drastic reduction in the use of agrochemicals, so we deliver a high-quality product."

Bell Pepper Lovers' bell pepper production is mostly intended for export to the U.S. and Canadian markets. According to data shared by the USDA, imports from Mexico accounted for 77% of the total volume of fresh vegetables imported by the U.S. market in 2020.

"We work hand in hand with Nature Fresh Farms, a Canadian company that coordinates the sale of our product in both countries, reaching supermarkets such as Costco, Kroger, Wegmans, Sam's, etc." 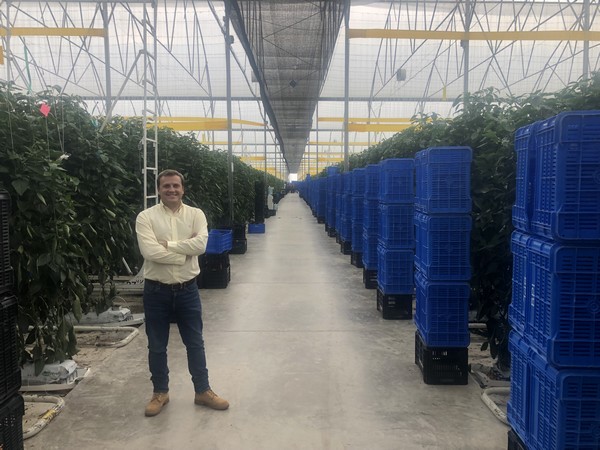 "We produce peppers in three colors: red, yellow, and orange, which we market preferably in a bag format," says Francisco Peñacoba. "The product can be presented in different ways, depending on the client's needs. We work with six-pack and three-pack bags containing the three colors. Another part of the premium quality product is sold in bulk in 11-pound boxes. It is worth mentioning that we have analyzed the trends of the past few years and noticed there is a market preference for red peppers. Red is the most accepted color by consumers." 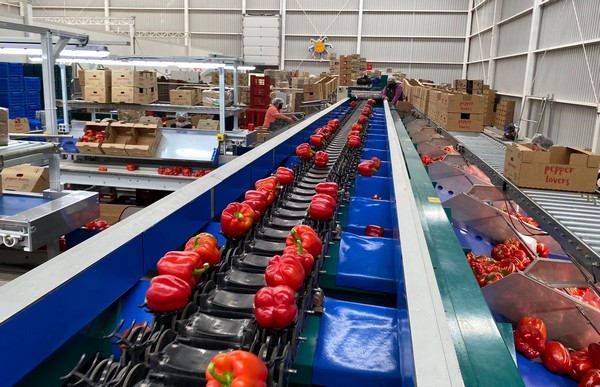 "We are fully aware that there are very good marketing opportunities for our products in other markets"
The most recent industry results, supplied by the secretariat of Agriculture and Rural Development, highlight the dynamism of the Mexican bell pepper sector, which, despite its already considerable size, still has interesting room for growth. In the period from January to November 2021 alone, the value of fresh bell pepper exports registered a new year-on-year growth of 5.4%, totaling US$1.366 billion. 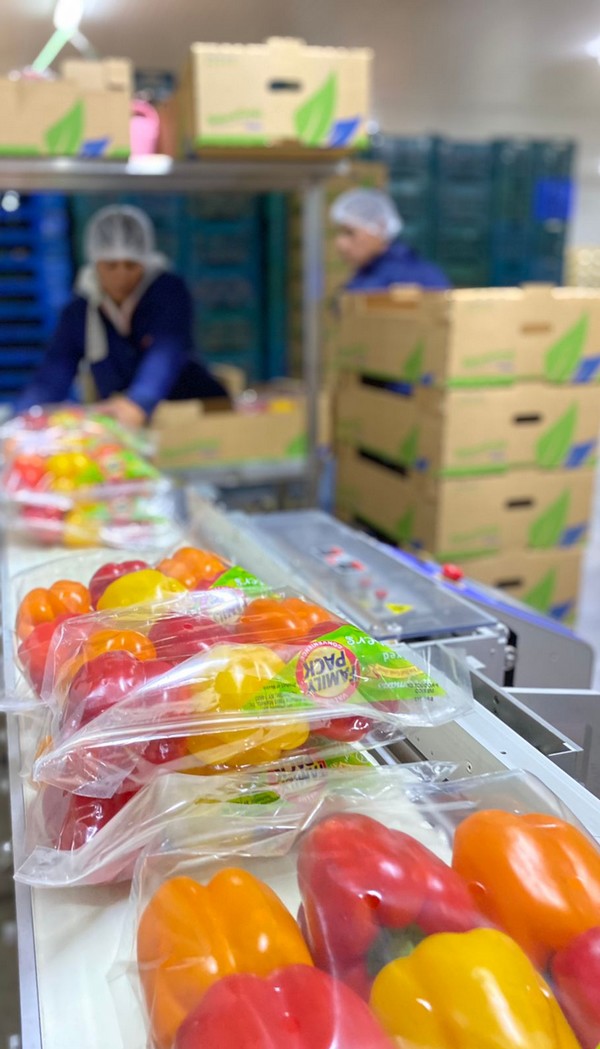 "We are fully sure that it is possible to expand the markets and volumes. We must bear in mind that, due to their proximity, Mexico's agribusiness companies always look to the north, which is our natural market, but we are starting to set our sights on other places, as we are fully aware that there are very good opportunities to market our products in other markets since there is no question about the quality of Mexican peppers and chili," said Francisco.

"Interesting examples are the United Kingdom, which after leaving the EU, is in a good position to open its market, given the difficulties caused by Brexit in the country's trade with the rest of the EU, which was its main supplier of fresh food products. There are also opportunities in more distant markets such as United Arab Emirates, Qatar, etc., which we are sure will become regular destinations for our products sooner rather than later."

"Unity between the three North American markets is fundamental"
However, the United States will remain its main customer. The Mexican fruit and vegetable sector's trade relationship with the United States is strongly consolidated after decades of close bilateral activity and joint growth, even though the industry experienced a bittersweet situation in 2021 when several of its export products were singled out and investigated by the USITC for their possible negative impact on the domestic production.

"We are confident that we will have no problems with this issue. Both the United States and Canada have a supply deficit of certain products, as is the case of bell peppers, which are covered by Mexican production, and we, as Mexican producers, are subject to regulations through certifications, which guarantee the quality and safety of the product." 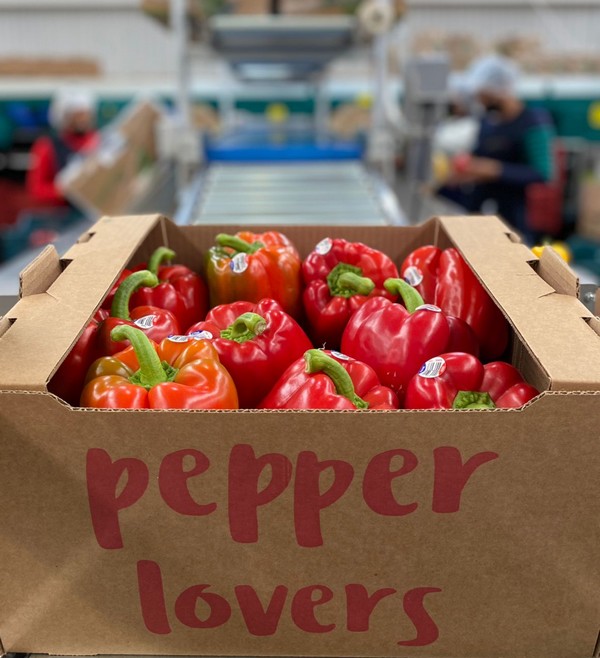 "The three countries work under the same rules, and we cover the needs of any country unable to meet all the demand with its domestic production. The sale of our products does not have a negative impact on our fellow American or Canadian producers since we meet a demand that they are unable to cover with their current production."

"I believe that unity between these three North American markets is fundamental in all aspects, and I'm not talking only about the agricultural market. The free movement of goods has opened the doors to a lot of investment and has given a significant boost to the economies, and helped create millions of jobs in all three countries. I have always believed that there is strength in unity, and we are better together than apart."