"No doubt robotic harvesters will be common in greenhouses very soon"

The whole horti world is looking with great interest at picking robots. The ever-pressing challenge of labor shortage has never been so widespread, and the horti sector is responding to that in the only way it knows: technology.

It is within this context that picking robots are being developed at Senmatic. "The issue today is that picking, say, tomatoes in a greenhouse is just hard and repetitive work in a quite humid and hot environment," Mads Nychel, CEO of Danish company Senmatic. "This issue got even more pressing during corona when the usual pickers couldn't travel freely across borders." 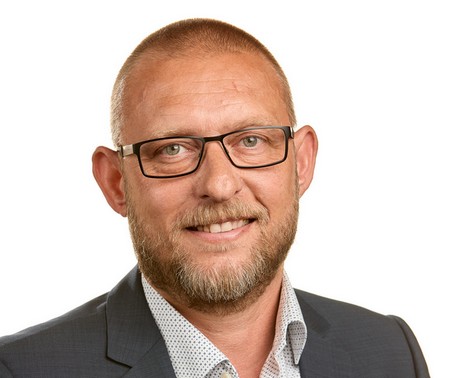 A joint project
Senmatic has been working with Denmark's largest tomato grower Nordic Greens, to develop a picking robot, founding the company EGAMATIC. "The robot moves on a mobile platform, supplied by Bogaerts, that drives along the water pipes that are already installed in a greenhouse," Mads points out.

But how does it work? "The robot is equipped with AI-powered cameras that firstly identify the tomatoes, and secondly assess how many there are starting from the bottom of the cluster and determine how much red or green they are." And then comes the picking part, which has always been quite difficult for companies to develop a delicate enough robot that picks tomatoes without damaging them. Yet, EGAMATIC has come up with a unique and, of course, patented solution. "The robot grabs the stem of the tomato plant, where the fruits are, and then it moves the claw upwards, following the stem. When done with one plant, the robot goes to the other and repeats." 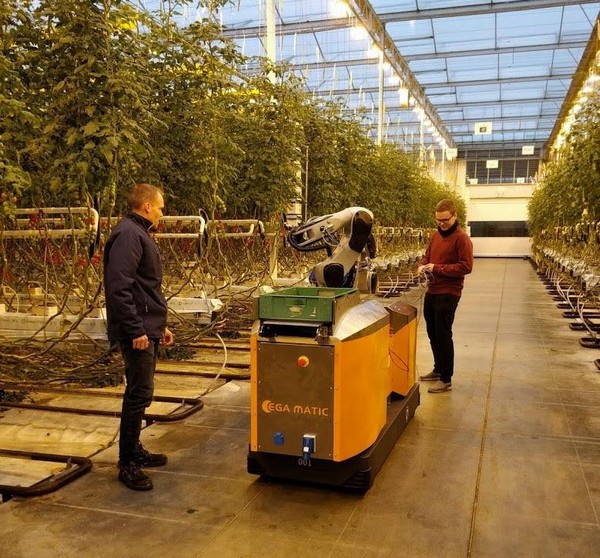 Backed by data
Agronomists and researchers from the Danish Technology Institute have been working tirelessly on the data the robot acts upon. "Based on research, we have assessed that the maturity of tomato grapes is closely linked to the redness. As the robot is powered by an AI, as the robot gets more trained, it will get better and better at the job."

Since a robot implies a lot of automation, Mads takes care to point out that EGAMATIC's robot automatically goes back to its dock station to recharge its battery. "Think of it as a Roomba, the robot vacuum cleaner," he chuckles, "Just like that, you can assign schedules to our picker so that the robot can pick your tomatoes at any time, any day. It doesn't have any sick days, and there's no weekend. So, a grower can have their robot do the picking on a Sunday, for instance, while they enjoy their well-earned rest, and the tomatoes will be ready to distribute to retail on Monday morning. With the great potential to improve efficiency, there is no doubt that robotic harvesters are the future of greenhouse automation and will be common in greenhouses very soon," he adds.

The company showcased their robot during this year's edition of the GreenTech fair, Amsterdam. "That was just a prototype," he points out. "Right now, we are focusing on improving the overall speed of the machine, from tomato identification to picking from the stem. Mainly, the AI needs to be trained as much as possible to always have top-notch results. Our target, for now, is to have the robot pick tomatoes at the same speed as a person. The development is going very fast, we expect to hit the market within a few years, or even before – but the hope is that we'll be there in a couple of years." The beta model has been running live tests in the greenhouse at Nordic Greens in Bellinge, Denmark. 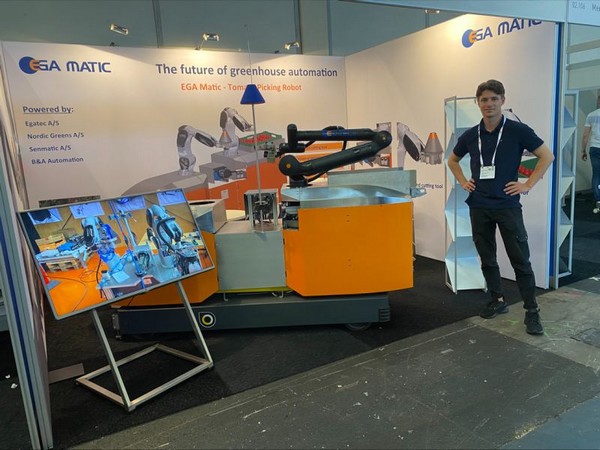