Weigh scales, and inspection equipment have been growing in demand in previous seasons across the fruit and vegetable sector, particularly as the cost of production rises across the industry.

A&D Australasia is part of a larger parent company based in Japan that specializes in weighing and measuring equipment. It was formed in the 1970s, and most of the high-end instruments come from Tokyo, but there are offices and support staff located all over Australia.

"We are very heavily involved in research and development (R&D), with around 800 engineers in our Tokyo facility," Inspection & Weighing Systems representative Julian Horsley said. "A lot of our customers are in regional Australia, and we teach them to look after their own gear so that they don't have to keep spending money on technicians to come out, and we keep stock in Australia all the time. We do everything from basic scales, which are popular in packhouses, because they have 'traffic lights' built into them to easily see how much is in each pack, and ultimately less produce is being given away for free. For example, when you are only getting paid for 250 grams of strawberries, and there are 300 grams in the pack, that's money out of your pocket. That's one of our simpler products." 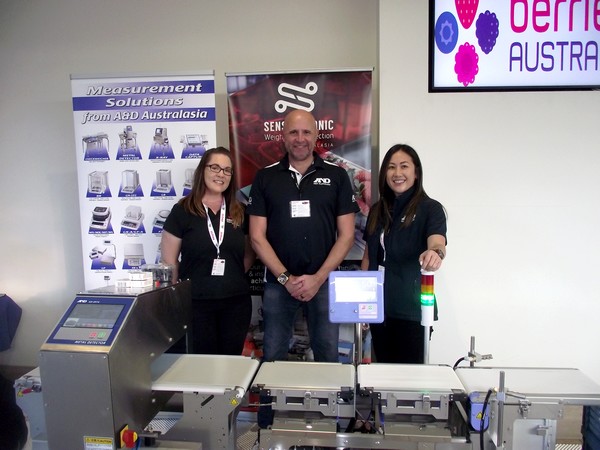 That system is also incorporated into larger scales, including waterproof models and scales that can be networked. One of the major advantages, according to Mr. Horsley, is that companies can measure exactly what comes in the door of the packhouse/factory and what goes out, so any waste is captured, and loss can be remedied.

"This allows companies to measure how quickly a picker or packer is working, and that is very much in demand at the moment, with labor challenges Australians are facing," he said. "Then we come to the end of the line and make sure that the product is safe and people are getting what they pay for with their metal detection equipment.

Everyone heard about the drama in 2018 with the needles in strawberries, and while that was sabotage, not contamination, these are used in a lot of fruit and vegetable seeds, mainly to satisfy supermarket compliance requirements. We also have X-rays for products (even outside fresh produce) that have metallic packaging. Coffee is a good example, it often has a metallic bag, so you cannot put it through a metal detector. 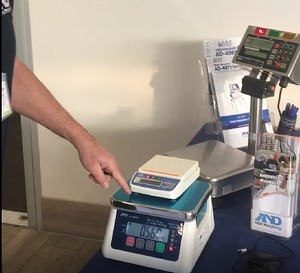 Check weighing is the end of the line, where we are essentially making sure that what is in the pack is the correct weight, and it is also the data collection point for the manufacturer. It's also a 'policeman' at the end to kick off anything out of specification."

A&D Australasia works with a wide range of food products across the country, mostly items that come in pre-packs, punnets, or trays. It also does bulk trays and boxes that are supplied to supermarkets through larger check weighing machines - an example of this could be truss tomatoes, which remain loose on the retail shelf.

"We seem to be very strong in potatoes, tomatoes, and berries - they are our three biggest verticals in the fruit and vegetable sector," Mr. Horsley explains. "Our headquarters and factory are in Adelaide, so South Australia tends to be our most dominant market, but we are just as strong in other east coast states. Our product inspection equipment was launched in 2015, and prior to that, we were always known as a scale company, not an inspection company, and our range took off so much that we have now installed 650 systems since then - and half of those are in fresh produce. The range has been very successful and exceeded our expectations. We are in the process of releasing the 'Gen 2' models, given we are in a 5–6-year product cycle, which will be faster, more intuitive, and waterproof. We will also launch the next model of our check weigher real soon too."