Strawberry and raspberry plant grower Van der Avoird Trayplant has received the 'Agrifoodpluim' award from the Province of Noord-Brabant. The company, which just this spring put a new greenhouse into production, receives recognition for having "spared the environment for years thanks to one smart innovation after another," according to the province. "Moreover, they give back to nature the land they no longer have to use because of these innovations." 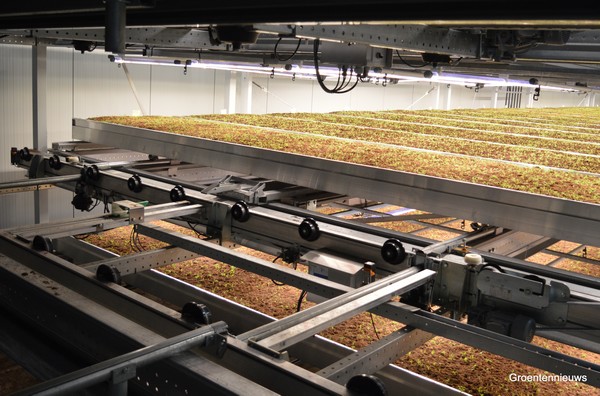 View the photo report with a tour of the new greenhouse at Van der Avoird here.

Elies Lemkes-Straver, member of the provincial executive for Agriculture, Food, Soil, and Broad Prosperity: "Trayplant shows that growing does not have to be at the expense of nature. Even better, it can contribute to it. Because of the very sustainable business operations, there is hardly any burden on the environment. And because of these very involved entrepreneurs, we even have new nature. With a beautiful footpath."

Sustainability dream
Van der Avoird Trayplant specializes in the 'propagation' of strawberry and raspberry plants. The company propagates cuttings, which are then sold to growers all over Europe and beyond, who further cultivate them and sell the strawberries and raspberries to supermarkets, for example. Peter van der Avoird started off 20 years ago in his father's company with an invention that has given the present company its name: the use of trays in which new shoots can grow. It meant that more plants could be produced more quickly.

But he wants more. "I have a sustainability dream," says Peter van der Avoird bluntly. He aims for a 95(!) percent reduction of all environmentally harmful elements: energy, water, soil, nutrients, biological and chemical pesticides, and is already well on his way to realizing his dream. His company has already been off the gas for seven years; the thermal storage system even produces a surplus of energy now. Van der Avoird Trayplant also has a closed water system: all water is purified and reused. The water basins are completely covered with solar panels, and the heat generated is stored in the ground to heat the greenhouses in winter.

Showpiece
The latest example of sustainable working is the tiered cultivation that the company has introduced. Peter van der Avoird himself calls this 'our showpiece': "If you grow in tiers, you can place just as many plants in one greenhouse as you used to be able to place on 240 hectares. We want to give the land we no longer use back to nature. We have already made a start: a strip almost two kilometers long has been enriched with native plants, trees, and water features. This has created a walking area that is part of the Wouwervallei between Gilze and Rijen. Van der Avoird contacted Brabants Landschap to find out which plants originally grew here. Plantain, for example, has now returned. "I see again the enormous biodiversity that I grew up with here as a boy," says the owner enthusiastically.

High-tech greenhouse
Another recent example of smart innovation is the 'grow lights' used by the company. This light imitates diffuse sunlight; it guarantees maximum growth for the crops and a comfortable workplace for the greenhouse workers. The next innovation is already in the pipeline: Van der Avoird wants to produce strawberries all year round. The high-tech greenhouse that will make that possible is as good as ready.