$130 Japanese melon is the "Ferrari of melons"

"You can look at it as a car. You can buy a car for $15,000 that will get you from here to there. But you could also buy a Ferrari which also gets you from here to there, but there's something special about it. It's prestigious, and not a lot of people are able to do that," says Robert Schueller of Los Angeles, California-based Melissa's Produce.

Only in this case, Schueller's not talking about buying cars but rather melons, or more specifically, the Japanese Crown melon.

For Melissa's, it's the first time selling these specialty melons, which it has been doing for four weeks now. "We're trying it out to see what the U.S. market is and if they're up for buying this type of melon," says Schueller.

After all, the extremely sweet melon comes with a sizeable price tag of $130 retail in a $3 domestic melon market. The melons are greenhouse-grown in Japan within a full-service growing application that carefully monitors water, sunlight, temperature, handling, and more. "What makes it so expensive is they deprive the vine of multiple melons grown on a single vine. They clip off all the bloom on the rest of the vine, so all the sweetness and energy goes into that one melon," Schueller says. 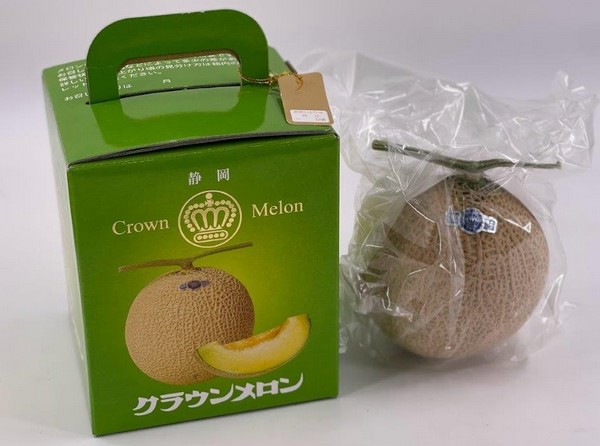 U.S. appeal
"We currently distribute into 10 major metropolitan areas throughout the U.S. It's not for everyone, but it sure adds an interesting jaw-dropping surprise in a produce department that services a high-level consumer, especially a Japanese-American consumer," says Schueller, noting high-end produce items are popular with consumers in Japan.

It's also consistent with other high-end products that Melissa's carries. "We sell pink pineapples, for example, for $30/each in a market where pineapples sell for $2.50-$3/each or Harry's Berries strawberries for $15/lb. in a market that sells for $1.99/lb.," he says.

Currently, Melissa's is selling about 50 melons a week, each packaged in its own box. "We're hoping to extend that more in the weeks and months to come," says Schueller. "Especially when the domestic melon season stops and this season continues on. The grower is going to give it a try on a year-round basis."