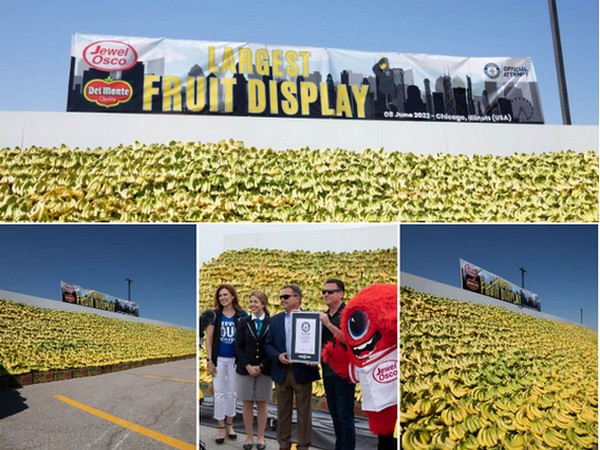 The display took three days to create, contained approximately 211,200 bananas, and weighed exactly 35,092.6 kg. An official Guinness judge was on-site to verify and confirm the new record, which broke the one previously set using 18,805.84 kilograms of fruit in Brazil on July 28, 2016.

Following the record break, the bananas were given away to customers, with the remaining donated to the Northern Illinois Food Bank, a member of Feeding America.