Carmen and Juan Diego are two young entrepreneurs used to working with open field cultivation who have decided to grow 17,000 loquat plants under a technological greenhouse for the first time. 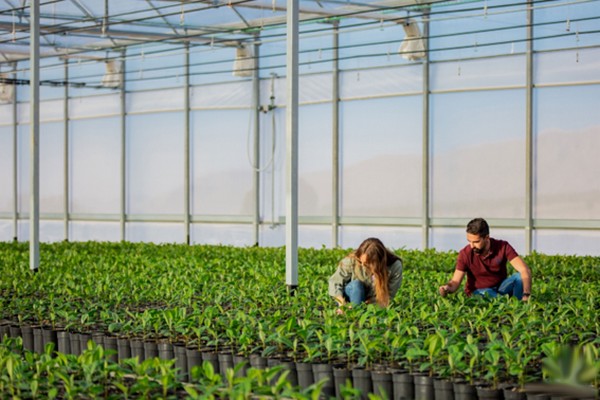 Carmen and Juan Diego in the greenhouse developed by Novagric.

Have you ever had to leave your comfort zone? That place where we feel safer, where we have everything under control, and nothing can go wrong. However, overcoming fear and getting out of your comfort zone is sometimes the best option.

That is why Carmen and Juan Diego have decided to embark on this adventure. They have gone from working with a crop that they had 100% control over to another that they did not know. From growing in the open air to producing for the first time in a technological greenhouse developed by Novagric, and on top of that, they have lived through this whole process in the middle of a heatwave.

Carmen is the manager, and Juan Diego is responsible for the companies Agro Vivero and Casa Agrícola del Mediterráneo. Both decided to contact Novagric to develop new technological greenhouse facilities to grow pistachio seedlings, a plant they are used to working with. 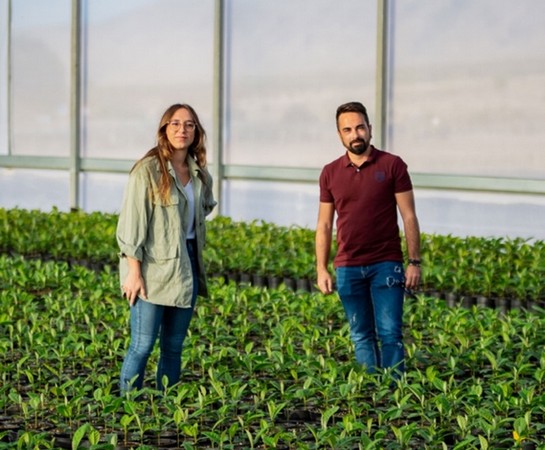 Carmen and Juan Diego in the greenhouse developed by Novagric.

When the greenhouse facilities were finished, they would start growing pistachios, but they took the opportunity to start growing loquat for another client who needed to germinate the plant. So, they took on the challenge of growing 17,000 loquat plants in greenhouses with no previous experience in this type of crop or in greenhouse technology.

"We faced critical moments such as heat waves where we could regulate the temperature thanks to the greenhouse, and the plant was able to survive." Juan Diego explains. The greenhouse has a misting system to control temperature and humidity and an aerial micro-sprinkler irrigation system with a flow rate of 120 liters. 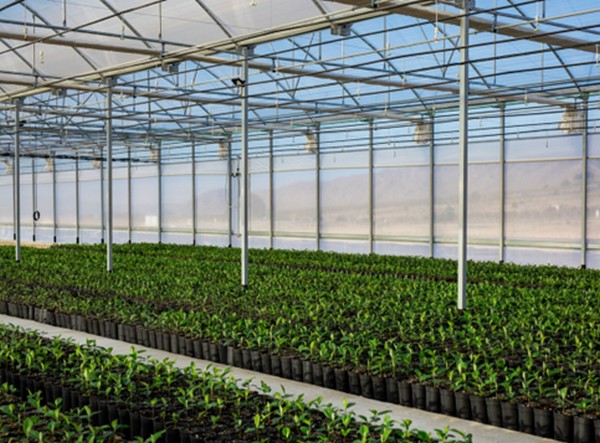 Thanks to this initiative, they were able to see the differences between growing outdoors versus in a technological greenhouse, giving them greater control over factors impossible to control in the open field.

"The greenhouse allows you to optimize more resources, create a stronger and healthier plant in less time, and control possible pests," explains Juan Diego. "Here we were 95% sure that it was going to succeed, outside you don't have that security, and we wouldn't have been able to get involved in a project like this," concludes Carmen.

This challenge helped them gain experience handling the equipment and learning how to control the greenhouse variables for optimal plant growth.

The two young entrepreneurs proved that not having experience should not stop you from achieving your goals, and, although they have confessed that at the beginning, they faced this challenge with fear, as Juan Diego says: "fear makes you learn," so they have come out stronger than ever because now they know what they are capable of.