In Mid-March, the supply of chilies on the European market was meager. There was a winter dip in Spain and Morocco, drought in Uganda, and phytosanitary restrictions on exports from Africa and the Dominican Republic. That meant these hot peppers were only coming in sparsely. The market is, thus, eagerly awaiting the arrival of Dutch chilies.

"There are no chilies to be found on the market," says Hamid Haddouch van Chili & Pepper at the start of week 11. "It's now a matter of waiting for production from Dutch greenhouses." That usually picks up from late March/early April. "The really hot peppers need heat and light to develop that special flavor. It's very hard to harvest much earlier." Until a few years ago, Hamid used to grow chilies himself in Morocco. A lot of chilies came from that country, and Spain, this past winter. 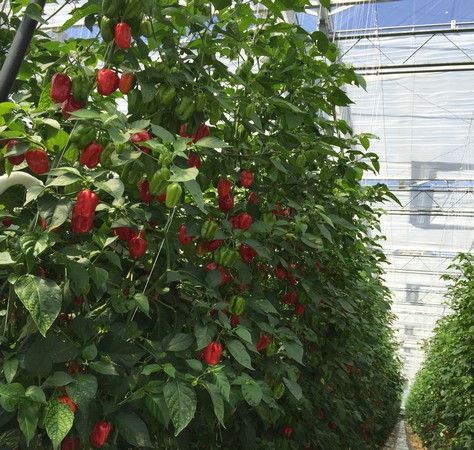 More and more chili varieties are being grown in Dutch greenhouses, like Habanero.

"Both countries were well-represented on the market. However, the cold February caused a dip in production." As a result, the supply was lower in mid-March. "The question is whether Moroccan and Spanish growers have removed their plants to replant or if they'll continue the crop. Given the prices, I think they might do the latter. Their production dip will be as short as possible and they'll benefit from the higher prices caused by the temporary market shortage," says Hamid.

Tsunami
That shortage means traders are turning to alternate cultivation areas. In the winter, that usually includes the Dominican Republic. Not this winter - an export ban there meant that country was off the table. "The growers there cannot meet the strict phytosanitary requirements. They aren't yet at the point where they can do proper lab tests to determine crop protection residue levels."

Hamid imports chilies year-round from Uganda and Rwanda. There, too, phytosanitary rules are tripping up growers. "In Rwanda, many have stopped because of problems with the false codling moth. So, there's minimal export from Rwanda. Moth findings mean incoming shipments are regularly intercepted." These moths are also causing issues in Uganda. 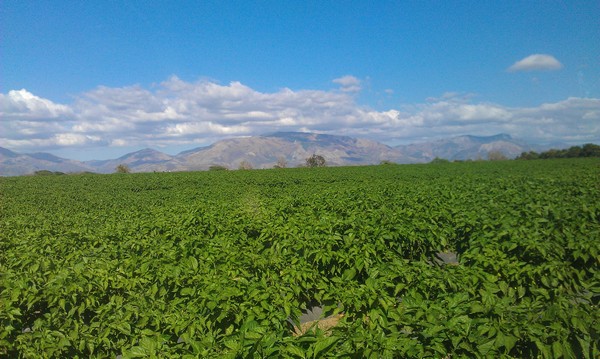 So, trading chilies drives your blood pressure up, while eating them actually lowers it, jokes Haddouch. "Half of the shipments from Uganda are tested for plant protection product residue. That creates uncertainty and involves additional costs." In mid-March, supplies from Uganda, too, were limited, though more so because of the dry season. "As a result, there's little product available. It should pick up again after the dry season is over."

By then, it will be May, expects Hamid, and then the market will overflow with chilies from all over. "Dutch growers will be in production, as will growers in Spain and Morocco, who will continue into June. And when it rains again in Uganda, those productions, too, will start again. I, therefore, expect a tsunami of peppers." He is not concerned. "I have special customers for the Ugandan hot peppers." 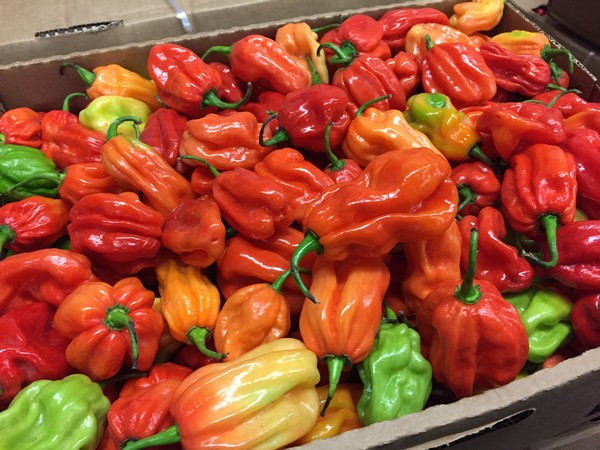 "They prefer the authentic flavor and spiciness those chilies offer. The connoisseurs appreciate that." Dutch greenhouse chilies are distinguished by their quality and longer shelf life. "That offers those products a distinct position, even when there's supply from everywhere. Also, a PlanetProof certification, on top of GlobalGAP, makes these chilies stand out from imports," Hamid continues.

Top sellers
Chili & Pepper specializes in Habaneros. "These remain our top sellers." But Hamid has seen a growing range of other hot peppers emerge in recent years. More and more are also being grown in greenhouses. "Five years ago, we had a lot of red, and some yellow Habaneros, a variety that's very sought after in the Netherlands. Now you see, also internationally, increasing demand for Habaneros of all colors." Demand for other varieties is also on the rise. Hamid mentions naga chilies and Carolina reapers.

"Three years back, we didn't have those in our assortment. Now we do, even from Dutch greenhouses, because that's what our clients want." To meet the rising demand for these niche products, Chili & Pepper's acreage has grown slightly. "We always grow a little extra for new customers." However, it remains a niche product, warns Hamid. "You, thus, cannot expand rapidly. The growers with heating supply us in the spring. In the summer, smaller growers often join in. But, they only remain on the market for a fairly short time."

Their products go to Dutch and overseas buyers, like the United Kingdom. Brexit makes exporting there difficult, especially for something like cayenne pepper. "We send containers full of that there. For the Habanero, a few whole pallets are already a significant volume. Brexit has created a lot of extra paperwork. That's true for everyone, with other products too," Hamid explains.

"We're all also facing the cost issue. You can only put your prices up a little because you must follow the market trend. You cannot price yourself out of the market. Also, your customers must be able to sell the product well too. We have regular, long-standing customers whom we don't want to disappoint."

People are increasingly opting to use chilies as a seasoning. "Certainly those who are familiar with spicier food." That is apparent in supermarkets too. "Nowadays, alongside 'regular' chili paste, you can find all kinds of sauces made with Habaneros. The 'ordinary' sauces no longer satisfy some people," Hamid says, laughing. Besides chilies, Chili & Pepper supplies more and more other specialty products, including several varieties of eggplant, bitter melon, yams from Ghana, plantains, and okra.

Chili & Pepper cultivates these vegetables in Morocco. They are indigenous to Thai and Indian cuisine. "Eggplant, Thai eggplant, bitter melons, and bullet chili all grow well there. And we have buyers for all these. Who knows, one day, greenhouse cultivation might follow. I haven't yet come across many of these in the Netherlands; perhaps we could introduce these vegetables here, too," Hamid concludes.