It was an odd visit for the British politician, the Rt Hon. Robert Halfom, who last Friday visited the greenhouses in Lea Valley. Usually, at this time of year, farms are growing fresh new crops. Bumblebees and useful insects fly around and workers tend to the plants. This year, alas, not so much. The greenhouse he visited was empty. And that wasn't the only one. “Approximately 60 to 70 percent of the growers in Lea Valley haven’t planted yet, whereas they would normally plant in January”, Lee Stiles, secretary with the Lea Valley Growers Association estimates. “It just doesn’t make financial sense to plant.” 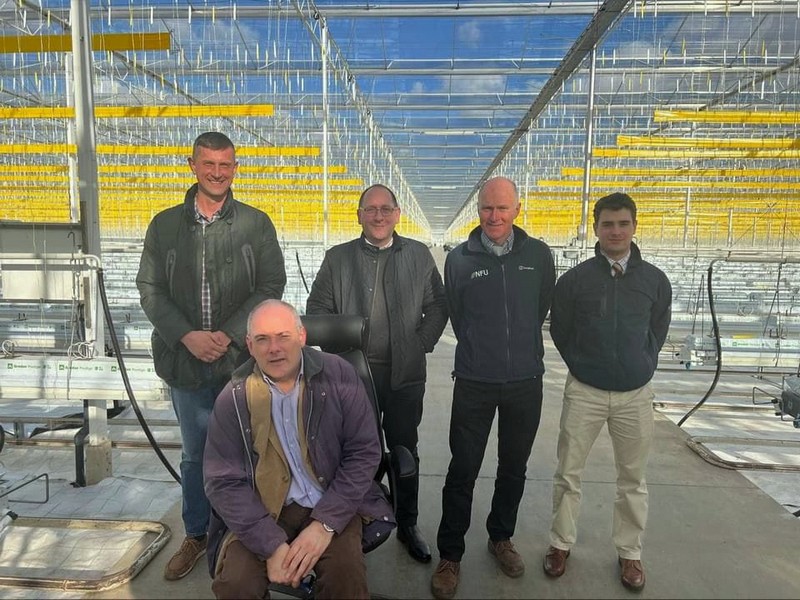 Lea Valley
The Lea Valley is the biggest salad hub in the UK. With more than 110 years of history, over 100 growers, and a cultivation area of approximately 350 acres, cucumbers and peppers are the most important vegetables grown there - except for this year. In fact, the most interesting crop to grow is no crop at all. “The gas price and the lack of workers make it impossible to grow. Some growers are looking to possibly start a crop next month, but with the gas price changing daily, they can’t fix a price at the moment. It’s too much of a gamble.” Leaving the greenhouse empty also costs money, Lee says. “But you’ll probably lose more money if you plant. Economically it makes sense to do nothing, which sounds rather counterintuitive.”

“No one seems to be able to achieve higher prices to fresh produce. Retailers don’t want to pay that for local production. Their attitude has always been ‘If you can get it cheaper somewhere else, get it there’. We can grow year-round under LED lights, but with increased costs. Yet, retailers haven’t been willing to pay, which is why we always stopped during winter and imported from abroad: it’s cheaper from Morocco. Now, the same situation occurs: continuing to grow doesn’t make economic sense with the overhead costs going on and the price remaining static. Margins are simply eroded,” Lee continues.

He points out that this situation isn't affecting Lea Valley growers solely. “If they’re growers using gas, they’re in the same position as we are. The Dutch are in the same position, and the same goes for Spanish producers using heat. Morocco is exporting more to Britain than Spain is right now.” Also, he sees empty shelves popping up in British supermarkets. “There are and they’ll continue to be. A lot of companies cannot keep up with the prices agreed if there are increased costs in the supply chain.”

Brexit
However, even if the gas were affordable, nobody would be present to grow or harvest the crops – an effect of Brexit. “That's because Brexit stopped the free movement of workers. We find it hard to get any European workers now. Unless they got settled status before the deadline, they’re choosing to work on mainland Europe instead, because it’s easier and the exchange rate is in their favor as well. It’s just that the UK doesn’t seem to be that welcoming to them either, so it’s kind of a triple blow. The gas issue is not entirely down to Brexit, but it is the final straw.”

Lee says he has seen some companies go into administration already, one in the Lea Valley. “Other growers have rented their facility at a loss to growers growing cold crops, targeting different markets as the wholesale markets or food service, who don’t necessarily need heating the cultivation. Growers that can’t get the right amount of staff had to cut back on their orders, meaning that their turnovers will reduce.”

Empty greenhouse
All in all, it meant there was not much foliage to see for Mr Robert Halfom. He was shown around an empty greenhouse. “We’ve explained the issues that we have in sourcing labor, which has to do greatly with the working permits for workers from abroad. British people never wanted to do this kind of horticultural work, that’s not a new thing. Plus, the UK currently has a million job vacancies at the moment, so if you’re unemployed in the UK you can find a job easily.”

He recalls a recent survey, which said only 22 percent of the British adults would consider working in agriculture or horticulture. ‘And that’s before they even tried. This is an issue we’ve always faced. Now that the freedom of movement has ended, it’s the perfect storm.” The situation could be even worse for the strawberry industry, a market that got established rapidly in the last couple of years. “We do not have strawberry growers in the Lea Valley, we are all salad producers. Those growers need higher levels of staff than we do and have a much busier summer season as well, where they require 5 or 6 times more staff than salad growers. They rely on the Seasonal Workers Scheme even more than us.” 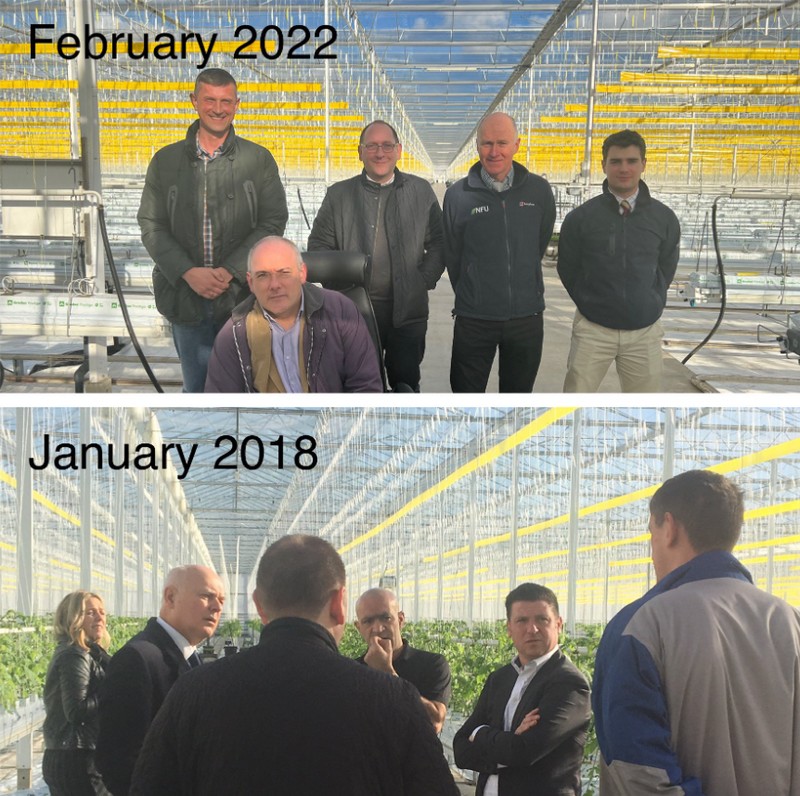 Solving the issue
So what did they tell the MP when he visited the greenhouse? What could be a solution to the issue? Lee says they’ve asked for three things. “The UK adds a lot of tax and levies on energy. We want them removed for growers since it’s unsustainable to grow.”

Then there’s the issue with workers. Lee explains how the current work permits of 12 months do not work. “We want it to change and want the possibility to reduce the expenses for growers. Currently, the minimum wage is 25.600 British Pounds and on top of that, you have to add 5.000 pounds in fees for the application and home office, which means that getting someone costs over 30.000 pounds per year. We’ve asked for a reduction in that.”

As a second measurement to fix the labor market, they pointed out the limitations of the 30.000 visas currently being given out via the Seasonal Workers Pilot. “We’ve asked to increase that to 70.000. We’ve pointed out the situation for a couple of years by now, but they kept it at 30.000 and added the ornamental growers to the same scheme. Now, they compete with the food growers for the permits and workers…”

Too late for this year
The measurements will not save this year's crops, Lee says. “If growers plant a crop this year, it will only be after April, and they will finish before September. They cannot grow it economically with the current heat prices and won’t be able to get the workers to do more than one cycle. It will probably only be cucumbers, as it will be too late to start growing tomatoes and peppers in April or May.”

The industry, therefore, eyes next year, and the upcoming years. But as Lee points out, they have been doing so for quite a few years. “We’ve had meetings about this since 2015, as soon as the Brexit vote happened. We could see it coming, but our efforts haven’t made any difference in 5 or 6 years. The problem we found is that politicians were determined to carry on the levies and Seasonal Workers Scheme regardless and delivered what they thought British people wanted. Yet, as it comes off quite blatantly, what’s happening now is not what they voted for.”