“This disruption comes at a great cost to consumers across the globe,” said Ed Treacy, moderator and vice-president of supply chain and sustainability for the IFPA. “The price of fruits and vegetables and floral is increasing as a result. That will affect consumption as well as our collective ability to grow prosperity for fruit and vegetable and floral businesses.” He added that the IFPA has a Supply Chain Management resources section on its site where data is available as well as recommended actions and steps being taken by the IFPA to mitigate challenges.

Bill Duggan, North American cold chain advisor for Eskesen Advisory began the town hall by summing up 2021 as…“chaos.” And part of that chaos began with the increases in imports and exports. “In 2021, fresh produce grew disproportionately over frozen. The frozen sector grew about 84,000 TEUs worldwide whereas fresh grew 164,000 TEUs worldwide. That pattern we’ve continually seen and expansion is primarily in the fresh produce markets,” he says.

Duggan notes that Asia-Pacific will continue to be the leader of imported fresh and frozen cargoes, expecting in the next several years to total more than 2.5 million TEU in the cold chain. U.S. exports grew as well by 16 percent in 2021 over 2020. “But they also grew over 2019. That’s expected to continue,” he says. That means overall the markets are up despite what he says is the tremendous pain shippers have faced in the supply chain.

That’s likely to mean more costs. “Unfortunately shippers will continue to have to see more and more money being charged for spot rates or cargo under contract than they ever have before. Lines are prioritizing their most profitable lanes,” Duggan notes, adding that service levels aren’t likely to improve anytime soon either which means continued challenges in that area too.

There are other factors pressuring the chain. “We’ve got a labor shortage across the board on trucks, warehouses, rail sites and all the way through to the terminals. We just don’t have enough workers,” Duggan says. Add to that other consumer shopping habits--consumers stuck at home under lockdowns turned to spending on appliances and home improvements rather than travel or entertainment. “It’s overwhelming the supply chain in building up inventory rather than the usual just-in-time inventory that existed pre-COVID,” he says. “Everything is bunched up everywhere.” 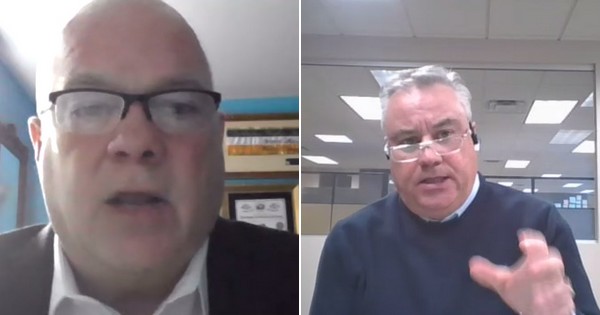 The outlook? Not bright for now. “Expectations are that this will likely be with us if for not all of 2022, then at least through the third quarter of 2022, and then a recovery period,” he says.

The continued lack of labor is a pressing issue confirmed Jeff Moore, vice-president sales Midwestern region for Tom Lange Companies Inc. “The driver shortage and lack of labor were topics almost in crisis mode prior to the pandemic,” he says. “We were asking for H2A visa reform and help in ag labor and labor for warehousing. The labor shortage is now magnified. Looking ahead in these next several months, if this were a baseball game, we’ve just completed the third inning. We’re in the top of the fourth inning before all of this shakes out.”

Stewart Lapage, executive director, operations & logistics at the Oppenheimer Group honed in on how the lack of labor is affecting a specific part of the supply chain: cold storage capacity. “Having limited cold storage capacity is not a new problem. It’s extremely limited right now. There’s demand but with the shortage of trade to build new facilities, there’s no overnight solution to more,” Lapage says. “It’s going to be a year or two, potentially more, until we see some of these facilities take on this overcapacity and bring some sort of balance back to available cold storage space. Especially for fresh produce.”

But turning back to driver shortages, Lapage addressed a very new issue as of this week further compounding the issue: Canada’s vaccine mandate that drivers entering the country be fully vaccinated as of January 15th. “While there was notice of this--it didn’t come in overnight--it has the potential to be catastrophic, especially on Canadian supply. We rely heavily on US imports to fill our stores,” he says. “The first few days have been challenging. I’ve never seen this much available freight on the market. We didn’t think prices could go any higher and there’s no way to combat it. We’re in for potentially six to eight weeks of more capacity crunch.” 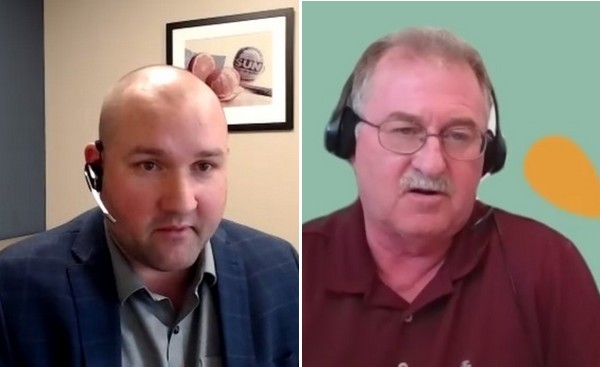 And to manage the issue? For now, work with your partners he says. “Be prepared to cover those market costs in the short term and remember who was there with you when times got tough,” he adds, noting on the cold storage issue, to also look for partners that you can not only trust but who are offering up other services for manufacturing, repack, quality control, etc.

Ultimately it’s about commitments and contracts. “Prenegotiate your pricing. Don’t wait until the end of your current contract to negotiate your new one because you want to hold onto old pricing a little longer. That could be catastrophic,” Lapage says. “Cold storage has new folks banging on their door waiting for space so get ahead of it.”

Duggan agreed. “Pick your suppliers carefully and focus on two-way commitments. You should already also have agreements in place with carriers,” he says. “Also sign early to secure space rather than holding on for the last rate change. Look at longer-term agreements rather than seasonal. Pick vendors that you work with and whittle down to trusted partners, even though you may have to pay a bit more.”

He also notes that for some commodities, associations have been negotiating agreements for small and medium growers. “This could be an option as well. Or if you’re in a small commodity group, form an association and negotiate,” he adds.

Members on the panel also drew up a potential wish list for how government could assist the industry, starting with initiatives that are underway. Moore points to the exploration of apprenticeships for truck drivers aged 18-20 to get younger drivers available as an example.

“I think the U.S. should deploy the national guard and get the cargo off the terminals immediately,” adds Duggan. “Put out some pop-up holding spots which is being done in some of the Southeast states today. The chain is broken and we need to get more and more business moved out of the terminals.”