You are a plant nursery whose buyers keep expanding. What do you do? In the Netherlands, Globe Plant deliberately chose to grow along with those customers. They have added a second location. Vera Grootscholten, Globe Plant's director, tells us more about their new greenhouse's layout.

"We've bought six more hectares. Of these, four are being prepared for plant cultivation," she says. The greenhouse's remaining two hectares will be put into use later. So, it is just about double the area compared to the current 5.5 hectares. "It was a difficult move. Now, we have space available at the new location for other companies." Globe Plant's Johan Grootscholten and Henk van Dam are already looking for new customers. 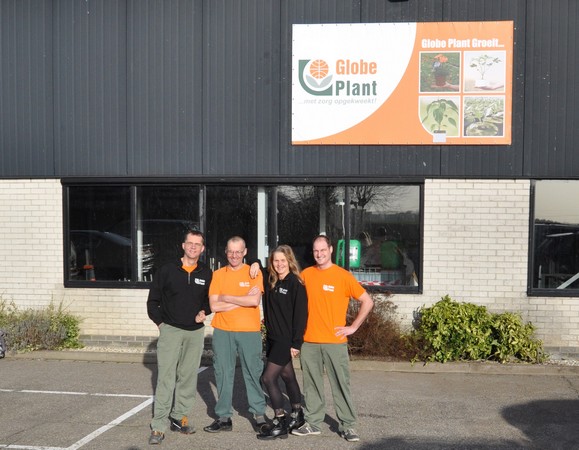 'Plant growing ready'
Globe Plant wants to use the greenhouse as a production site. They still have to do some work before they can begin using their new acquisition. The whole structure has to be made 'plant growing ready', as it were. That is Paul's responsibility, and Vera explains what that entails.

"The greenhouse will have an ebb and flow floor. So, we have to pour concrete. And we have to subdivide it; the largest section is 5,000m2. Unlike vegetable growers, we don't work with cultivation gutters, so those have to go."

Underfloor heating and lighting have to be installed. "We've opted for SON-T lighting. One part will have a SON-T/LED combination," she says. The folks from  Huisman Scherming will cover the new greenhouse in mesh, just like the current one. They are also going to modify the screens. These will be hung with blackout and energy canvasses. 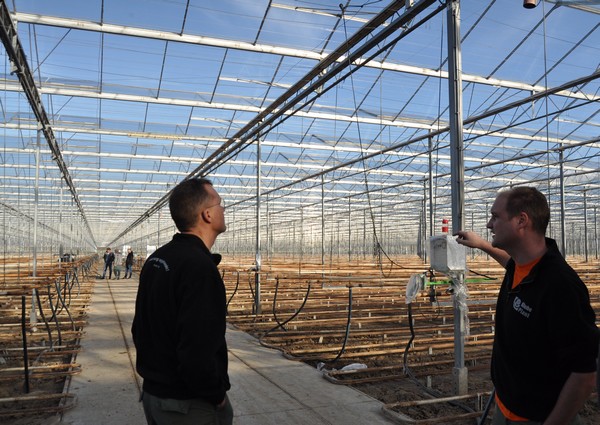 Transport sluice
The greenhouse will have a path with a sluice from front to back. "This will keep the sections more closed. The three paths - left, right, and center - will ensure a cleaner working environment. And there'll be fewer climates differences. Plus, you don't have to walk through the divisions unnecessarily."

Water technology
Water plays a vital role in the new project. Part of the current cultivation space will be set aside for processing and water technology. Proper disinfection is crucial. "We want to be able to set up each floor separately," explains Vera. Enthoven, who also installed the electrics at Global Plant's current location, will work on that. 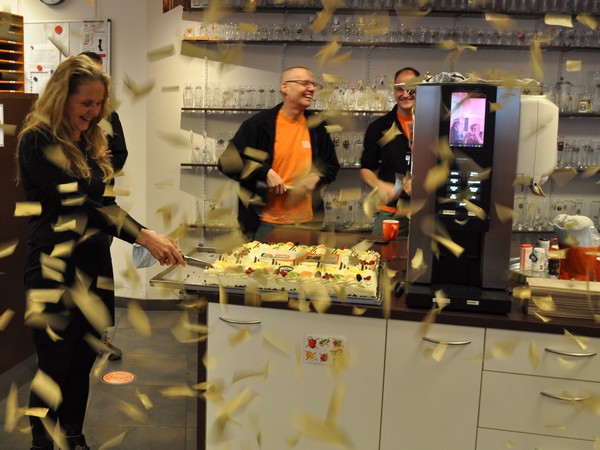 Cake and confetti for an early celebration of the expansion.

September
The new site's renovation process has just begun and should be done by September 1st. Fortunately, there is no staff shortage. Global Plant has retained the selling grower's workers. And they have hired many people from the surrounding area.

Globe Plant is, thus, ready to soon start mainly growing ornamental and bell pepper plants at their new location. "We, and Thijs van de Westelaken, have already explored the space."

"We're going to split him in two," jokes Vera. "He's going to live near the new site. But we can easily commute between the two locations; it's less than five kilometers," she concludes.