Gas prices have fallen slightly, but shortage risks continue to dominate. ABN Amro has revised gas estimates upwards. For now, gas prices are lower, but the bank points out lurking uncertainties. For the entire energy market, that was also the case last week. AgroEnergy reports on French nuclear power plant outages driving up electricity prices. Read more about that here. Below, we look at the ABN Amro report with a focus on gas. 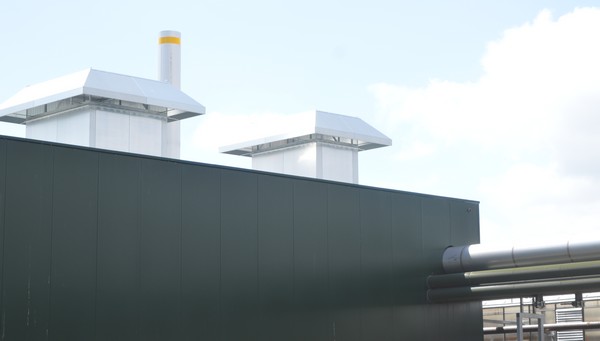 The greenhouse horticulture sector is keeping a close eye on current energy developments.

Russia vs. LNG
From mid-December onwards, the price of Title Transfer Facility (TTF) in Europe was higher than the gas prices in Asia (Japan/Korea LNG). The result was that more LNG tankers (tankers with Liquified Natural Gas) came to Europe. Some of these tankers were even already on their way to Asia, only to turn back. In addition, bank specialists noticed that at the turn of the year there was a change in the current annual contracts. The 1st contract traded was changed from 2022 (CAL22) to 2023 (CAL23 = current calendar year +1). As the market expectations for 2023 are more favorable than for 2022 (with all the uncertainties surrounding gas supplies), the price for CAL23 was considerably lower.

The fact that stocks in Europe are particularly low is known by now. In addition, there is hardly any gas flowing into Europe from Russia at the moment. In the short term, Europe is dependent on extra gas from Russia or - in the form of LNG - from countries such as the US, Australia, or Qatar. On 7 January the price of LNG in Asia rose above the TTF price again. The question is whether the share of as yet uncontracted available liquefied natural gas will continue to come to Europe, or whether the highest price will be chosen again if this situation continues for a longer time. This would mean that the course will be changed again and that it will sail towards China.

Gas estimates revised upwards: gas will remain expensive all year long
How gas prices will develop in the coming weeks will strongly depend on the weather conditions. In addition, the tense geopolitical situation around Russia and Ukraine will be monitored. In the event of an escalation, not only will the chances of the NordStream 2 pipeline becoming available be reduced to a minimum, but there will also be a good chance that Russia will keep the pressure on the export of oil and gas to Europe and will (probably) only keep to the agreements already made.

But even without escalation, the gas markets remain tense. Low gas stocks and the difficulty of increasing gas imports will keep gas prices high for longer. Not only will stocks be very low at the end of this winter, it will also be difficult to replenish them in time for the coming winter (2022-2023). After the new German government indicated that NordStream 2 might not come on stream at all, the bank specialists saw a big jump in the TTF forward curve (series of prices for deliveries in the future). Whereas previously only the gas prices with delivery until March 2022 had increased sharply, now all prices shot up until March 2023. This indicates that the market has little confidence that the tightness will ease before the end of next winter.

The recently announced possible increase in gas production from the Groningen field is not aimed at reducing the gas price. The expected increase from 3.9 to 7.6 billion cubic meters will only serve to replace the gas that a) cannot be produced at the nitrogen plant in Zuidbroek and b) to meet German demand for low-calorific gas. ABN Amro does not, therefore, expect this extra production to contribute to a reduction in the gas price.

The bank has also increased its estimates for TTF. In particular, prices during the winter periods have been revised upwards significantly. For the first quarter of this year, the bank expects an average price of EUR 50/MWh (previously EUR 40/MWh). This assumes an average winter and no geopolitical escalations with Russia. In case of escalation and/or a severe winter (in Europe and/or in Asia), gas prices may even temporarily move significantly higher. It is impossible to predict where the price peak might be in such a situation. A scenario in which prices are lower than in the bank baseline scenario is particularly conceivable in the event of a significant increase in gas exports from Russia to Europe.