Crop and solutions, not lighting, central to Schenkeveld lighting project

In December, Richard Schenkeveld joking gave Orance's Arno Wartewig a chocolate coin as a Saint Nicholas gift. "The last invoice," chuckles the tomato grower. He is from a large Dutch cultivation company of the same name.

Schenkeveld took a completely renewed hybrid lighting system into use at its Den Hoorn location, last fall. Orance, a lighting consultancy, and engineering firm supervised the project. For this, more than 20 hours of preliminary talks focused not on light fixtures but on crops and solutions.

Schenkeveld began its first lit cultivation of tomatoes in Den Hoorn, in 2013, where HPS lighting was installed in one of its two six-hectare blocks. After years of reliable service, that system was in dire need of major maintenance. Richard and board member Joost Barendse had to make a decision: either replace all of the bulbs and fixtures or switch to hybrid lighting. 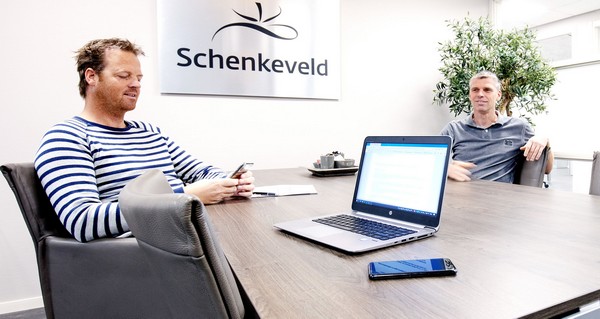 Richard Schenkeveld and Joost Barendse. They discussed the lighting project with Orance for more than 20 hours.

Something different
Eventually, they settled on hybrid lighting: they installed an alternating LED and HPS checkerboard pattern, with five fixtures per lattice. "We always strive to stay ahead of the curve," they say. As a supplier, they selected Orance. "We knew Arno since the lighting was installed at this location, back in 2013. But that's not the only thing. I pride myself to be quite knowledgeable when it comes to advanced technology systems. Yet, lighting is a different beast on its own." 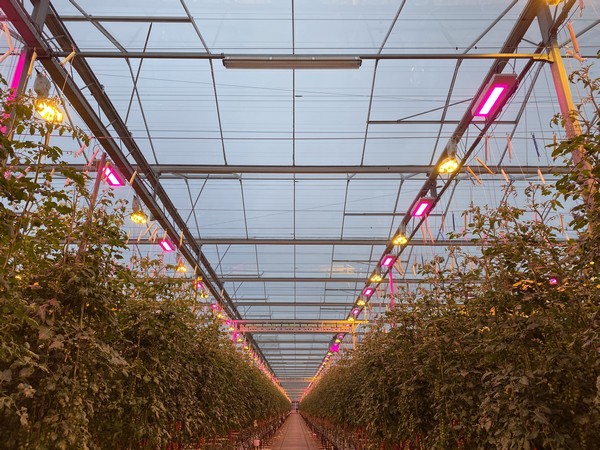 Architect
Back in 2013, Arno's main concerns were circuit board failures and voltage drops, as well as the number of fixtures per panel and cable thicknesses. Times have changed, but issues remain the same, especially when there are so many players active in the LED. "You can get fixtures everywhere, but you can't be always sure of their quality," he says. Arno is very much aware of that, as he was involved in some 25 lighting projects, in 2021 alone. 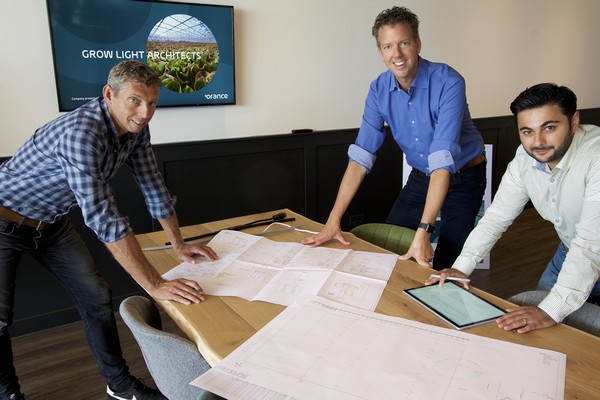 Five fittings
Schenkeveld's special attention to numbers resulted in hanging not four but five fixtures per lattice. The existing system provided an initial starting point. Joost: "We looked at the system in terms of what we needed regarding micromols. It turned out to be good, even with a partial switch to LED." Yet, in the end, the installation got modified "That happened when we decided to install five fixtures. The cabling had to be adjusted."

'Intermediate lighting' of a kind
The greenhouse infrastructure was a little lower than average. This was a crucial aspect to address. "You have to consider that when you choose the lighting system. There are only 1,3 m between the top of the crop to the bottom of the fixtures."

Intermediate lighting is a way to get more light deeper into the crop. The growers, nonetheless, deliberately did not opt for this. Arno: "Intermediate lighting is a relatively expensive microlight. Besides, you have to consider the law of diminishing returns. According to this theory, efficiency flattens at above 300/350 micromol. Obviously, it depends on many other factors," explains Arno.

"But, right now, up to 300 micromol provides relatively efficient illumination above the crop. We get 250 micromols, so intermediate lighting has never really been an option." Richard adds: "By choosing five fixtures, we've created 'intermediate lighting' of a kind. There's one fixture above each path." 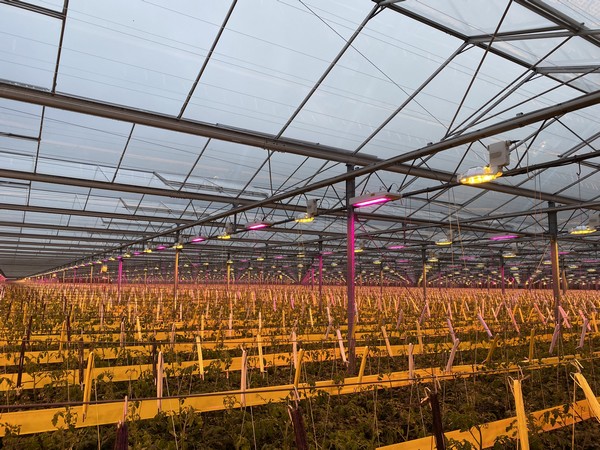 A checkerboard pattern of HPS and LED lights was chosen.

Switching off
The work began in week 38, with the LED fixtures being added in week 40. "Installer, BG Installaties, first modified our old system. Then they added the LED fixtures," Richard explains. Since then, the growers have gained experience. "I don't use additional sensors. But Signify did a PAR delivery measurement," says Joost.

The system is already proving its worth. "I used to switch the HPS off until mid-November. But that led to too many heat fluctuations. It's precisely this heat, or rather its feared shortage, that was a crucial point for us in choosing HPS or LED and their ratio. When it's too cold, the plants' growth stagnates. Also, the variety we cultivate is prone to tearing. So, a stable climate is vital. We switched the LED on and off in late November. That's easy to do and had hardly any effect on the greenhouse's climate. Now, during the energy crisis, this flexibility is especially helpful." 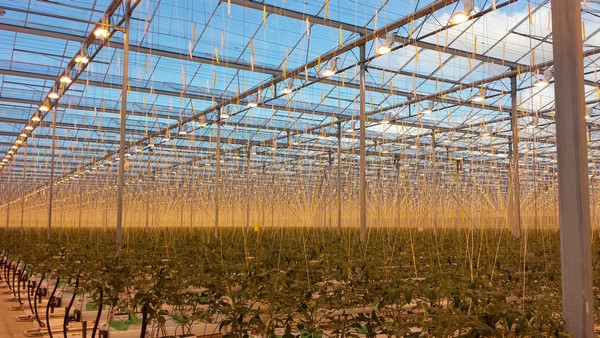 Flexibility
The entire process has taught growers Richard and Joost a great deal. Yet, this doesn't mean that the same process can be repeated for a different project. "Every greenhouse, every situation is different," says Arno.

"Each unit of energy must produce an optimal amount of product. Using that as a starting point can be very profitable. This is especially important in these times where energy flexibility is crucial."

Schenkeveld took that into account as best as possible. Imbalance and emergency power are topics that have been discussed at length. Currently, the company's lighting can be switched in four steps. The growers can switch the installation on and off per panel too. "We had to modify the system and panels. But, we gained much flexibility. And, as this project has once again shown, we need a lot of that," concludes Richard.