In 2021 Biobest conducted a survey of Dutch pepper growers regarding the development of thrips and Orius laevigatus. The results suggest that by January 30% of growers have major thrips problems, increasing to 50% by February. This leads to high rates of Orius-System being deployed and the pest usually being reasonably under control by mid-May, according to the research done by Biobest.

However, high thrips numbers early in the season often cause extensive crop damage and growth inhibition. While deploying high rates of Orius-System is expensive, the high thrips numbers also mean the danger of bronze spot virus (TSWV) is always lurking.

The problem is a pest population that is too large too soon - before beneficials are well established – causing an imbalance. At the end of the crop, control achieved with beneficials often tails off due to decreasing day length and increasing chemicals usage against other pests. To compensate for this rising thrips population, at crop changeover growers set out to control any remaining thrips adults and pupae. However, many survive and are carried over to the next crop where they can rapidly develop, causing major problems in January/February – necessitating early Orius introductions. 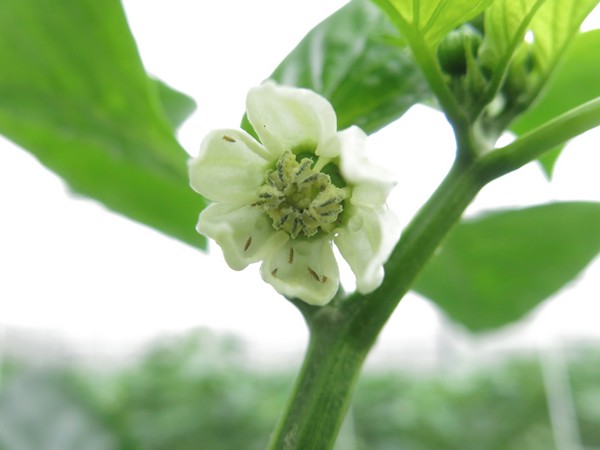 Spray cycle
For growers employing a biological control strategy, it is important to start clean. As a result, pepper growers traditionally start with a spraying cycle; its effectiveness depending on factors including plant size, the drying speed of the spray and resistance to active ingredient. However, we believe the best results are achieved if spraying is limited.

Sticky traps
As Orius-System provides good control from March, growers need to slow down thrips development as much as possible. To help achieve this, Biobest recommends using sticky traps earlier than in the past - preventatively, at the start of cultivation.

Predatory mites
While predatory mites - such as Swirskii-System, Montdorensis-System and Amblyseius-System - are not direct thrips scavengers, they do feed on the 1st larval stage – helping slow down larval development. To optimise control, good predator distribution is vital; mites should be distributed as soon as possible, in large numbers and on as many plants as possible – Biobest products with sprinkle caps help facilitate this. Using the feed supplement Nutrimite™, the predatory mites can be encouraged to build up numbers in the crop before the pest has appeared -  ready to intervene immediately when thrips enter the greenhouse.

New improved Orius-System packaging
Biobest recently launched a 100% recyclable packaging for its Orius-System. With the addition of a gel, our predatory bugs now arrive in optimal condition. More active, they swarm out of the cardboard carton, hunting for thrips. As before, we advise releasing Orius-System high up in the plants using Bio-Boxes or sprinkled on to the leaf.

Successful strategy
So, for successful thrips control in peppers next season, Biobest recommends a short spray cycle (at most); the preventive use of sticky traps; the introduction of high numbers of fast, well-distributed predatory mites; and the use of our new improved Orius-System. By following this strategy, growers can achieve good levels of thrips control in peppers.