Areas of active research include determining how to move CO2 out of the atmosphere and back onto the Earth’s surface in a process called Carbon Sequestration, as well as how to minimize the release of N2O. This article discusses what role farming plays in global warming and how Unleash Root Inoculant can help mitigate these effects. 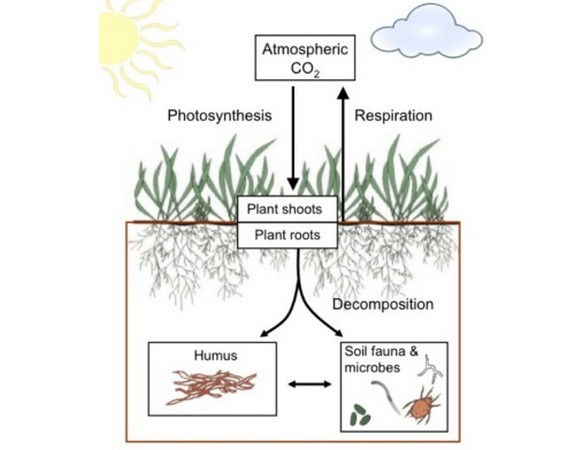 Fig. 1 Carbon cycling between the atmosphere and the soil. Microbes can play a pivotal role in both carbon sequestration (cycling carbon from the atmosphere to the earth) and carbon release (respiration).

Sequestered carbon - or Surface Organic Carbon (SOC) - can be divided into land inputs resulting in fertile soil and healthy plants, and water inputs resulting in healthy ocean life. This discussion is limited to land inputs. Plants directly take atmospheric CO2 and metabolize it into plant tissue in a process called photosynthesis. This carbon is then transferred to soils by the plant root biomass, plant decomposition, and by the movement of carbon-rich materials from the roots to soil microbes.

For example, many plants form symbiotic associations between their roots and soil fungi called mycorrhizae; the roots provide the fungi energy and nutrients such as carbon while the fungi provide the plant water and nutrients such as phosphorus. Soil C can then be transferred back into the atmosphere through further decomposition of plant material, soil microbe respiration, and other mechanisms such as tillage of the soil in commercial farming operations. In fact, tillage and rapid turnover of plant materials on farms are considered major contributors to atmospheric CO2. While some modern practices such as low- or no-till farming can help alleviate this process, the loss of soil organic carbon to atmospheric CO2 is common. 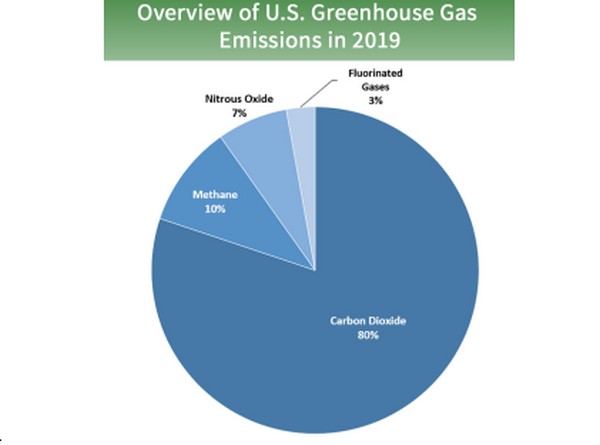 In addition to atmospheric carbon, other gases also impact climate change. Nitrous oxide (N2O) is a common byproduct from combustion, wastewater treatment, agricultural operations, and various other industrial activities. While it comprises only 7% of greenhouse gas emissions (fig. 2), nitrous oxide is more potent than CO2, causing 300 times more warming over a 100-year time period. Because of this, many initiatives are being pursued to limit the amount of N2O released into the atmosphere. For farming operations, the major contributor to N2O is the addition of Nitrogen (N)-containing fertilizers, where excess fertilizer N gets converted to atmospheric N2O.

"The use of root inoculant products such as Unleash can help reverse this damage in multiple ways: (1) Rhizosphere (root zone) microbes act very differently than the bulk soil microbe populations. This is because they largely depend on anaerobic (no oxygen) or microaerophilic (low oxygen) metabolic processes to make nutrients available to plants, releasing little or no CO2 as a result. This helps promote the formation of organic carbon compounds called humus (fig. 1) that are resistant to becoming oxidized to CO2. These humic materials also improve soil structure and help to minimize soil compaction; (2) Rhizosphere microbes promote mycorrhizal fungi growth around plant roots, increasing the carbon content of the root zone soil; and (3) Unleash rhizosphere microbes can improve Nitrogen fertilizer efficiency, allowing growers to reduce N fertilizer use without affecting crop yield and quality. As seen in the case studies below, Unleash Root Inoculant can improve fertilizer efficiency and soil structure, both activities that can help reduce farm operation greenhouse gas release," Tracy Letain from AquaBella Organic Solutions shares. 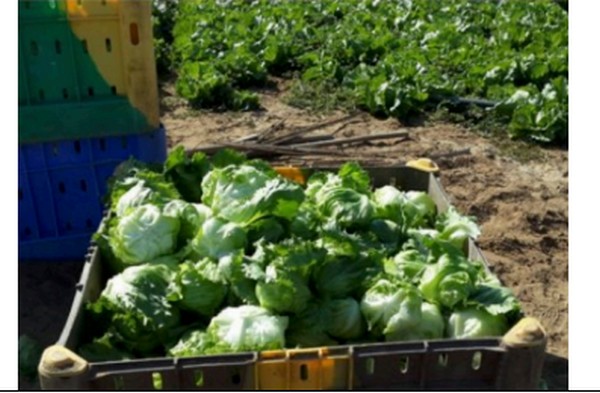 Unleash Root Inoculant improves fertilizer efficiency in head lettuce case study
Unleash-treated head lettuce from a study in Arizona in 2020 is pictured above (Fig. 3). In this study, results from 100%, 85%, and 75% of the standard fertilizer amount were compared on both Unleash-treated and untreated areas. While only ½ dose of Unleash root inoculant was used, better results were seen overall compared with the Untreated lettuce (Fig. 4, below). 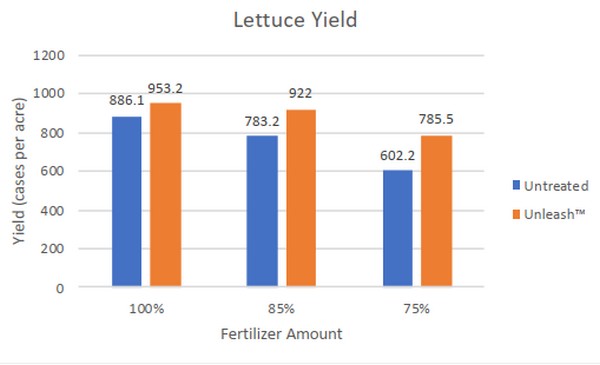 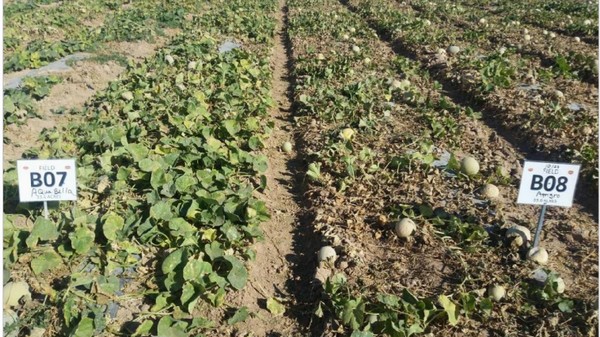 Unleash Root Inoculant decreases soil compaction and death from Crown Blight in melons
In 2017, a study was done by a major grower to test Unleash against competitor product A on Crown Blight-infected melons (Fig. 5). An additional part of the study was to look at improvement in the soil structure from root inoculant treatment. The melon plots used for the study were comprised of high clay-content soil which was creating compaction problems for the plant roots, resulting in the normally biennial (or longer) vines having to be frequently replanted, significantly increasing costs to the grower.

The grower found that Unleash treatment decreased plant fatality, with 7.2% Unleash-treated plants killed vs 42% Competitor A-treated plants killed, resulting in a 60% decrease in Crown Blight fatality such that replanting would not need to occur in the Unleash-treated fields (Fig. 5). Additionally, the grower found an improvement in the soil structure around the Unleash-treated melon plant roots with much less overall compaction, allowing the plants to thrive. This soil structure improvement was a direct result of localized pH changes around the plant roots created by the Unleash microbes carrying out anaerobic/microaerophilic metabolic activities, minimizing CO2 release. These changes create conditions that encourage soil C to remain sequestered.

Conclusions
"Unleash Root Inoculant can help prevent the release of greenhouse gases from farming operations in several ways: (1) Improving Nitrogen fertilizer efficiency, so farmers can reduce the amount of fertilizer they use; (2) Improving soil structure by increasing mycorrhizae root colonization and reducing soil compaction, both of which help to increase the organic carbon content of the soil and reduce CO2 release; (3) Increasing the humus content of the soil, which is resistant to oxidation to CO2," Tracy concludes.