Fruit and vegetables as response to hateful graffiti in Verona's streets

For the past 10 years, Pier Paolo Spinazze, whose pseudonym is Cibo, has been covering the walls of the streets of Verona with images of Italian fruits and vegetables or foodstuffs. His artworks consist of graffiti in broad daylight that hide spray-painted swastikas. The videos of his artwork became viral on social networks.

The reason behind the artwork is the erasure of hate messages. The 39-year-old street artist draws pictures of tomatoes, pumpkins, watermelons, and other crops over swastikas or insults. His mission is to hide the messages that sow hatred with fruits of well-seeding. Although his works are often damaged and painted over by other writings, the artist Cibo constantly renews his graffiti. 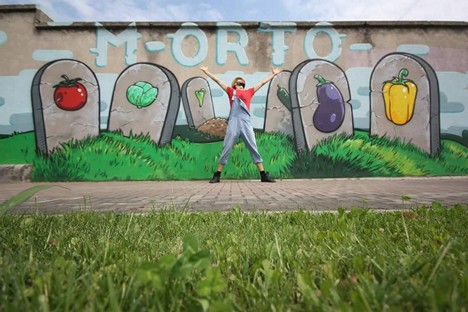 Pier Paolo Spinazze knows exactly on which streets and walls the symbols of hate are most likely to appear. In his small workshop, he has a map of the city of Verona, on which he has marked exactly the points where he wants to operate. He also asks followers on his social pages to point out other areas. 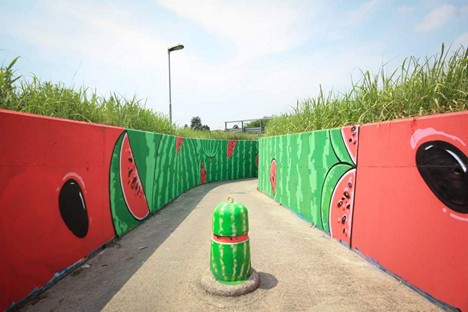 "I have witnessed the effects of neo-fascist violence on my friends. Eleven years ago, a group of neo-fascists killed a fellow college student. After that day, I decided more was needed, and even though it was not much, I had to do something about it," explained Cibo. This is how he started using art, culture, and irony based on Italian gastronomy and turning it into a powerful weapon against violence.