Drew is responsible for leading all commercial, operational, financial, and administrative aspects of Ocean Mist Farms. His role will require the analysis and evaluation of product line offerings, building business plans to drive expansion, and ensuring Ocean Mist Farms has the proper infrastructure to support such growth.

The Board of Directors unanimously selected Drew from among many executives sourced through a national search conducted by executive search partner Kincannon & Reed.

“His history with our company spans nearly two decades in various roles and his knowledge base is unparalleled,” said Kirk Martin, Ocean Mist’s board chair.

Prior to Ocean Mist Farms, Drew earned his Bachelor of Science in Crop Science from California Polytechnic University – San Luis Obispo followed by his Master’s degree in Business Administration from the University of Phoenix – San Jose.

Drew is active in several affiliations including the Cal Poly - SLO Horticulture and Crop Science Advisory Council, where he is chairman of the board and is a member of the California Leafy Greens Marketing Agreement Advisory Board among others.

Cardone season
Ocean Mist Farms is also welcoming the availability of the Cardone vegetable for retail distribution and shopper consumption ahead of the annual holiday season.

“Cardone is an Italian favorite we seasonally grow between October and January in two California regions, Castroville and Coachella,” said Diana McClean, senior director of marketing at Ocean Mist Farms.

Cardone, also known as Cardoon, is a Mediterranean vegetable considered a delicacy by many who specialize in traditional French and Italian cuisine. A cousin of the artichoke, Cardone has an edible stalk like celery. However, it is not eaten raw. The best Cardone stalks are a grey-green color (similar to the artichoke plant). Stalks should feel heavy and moist and will not be crisp like celery. 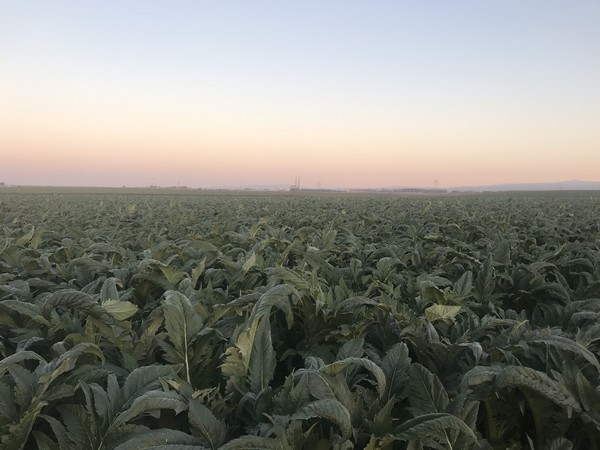 The Cardone stalk is hand-harvested and packed and cooled within four hours.