In Someren and Lierop, Green Meteor, grower Thwan van Gennip, the researchers of the KU Leuven and Engie started a pilot with solar panels above the strawberries, raspberries and the cultivation of raspberries to measure the effect of solar panels on the quality and yield of the various crops. Erik van Nieuwenhuijzen, Green Meteor, gives an update. "The first results from this year's trial with raspberry and strawberry crops are in. As far as quality and yield are concerned, it looks positive." 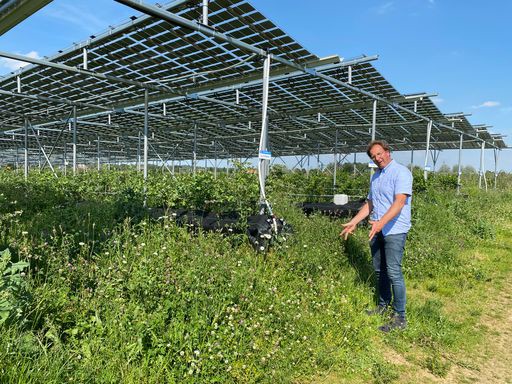 Last year, Green Meteor started setting up several pilots in the Netherlands. It started with the blueberry pilot last year. This year, they are working on pilots for growing raspberries, raspberry cultivation, and strawberries.
Erik: "The results are very positive as far as quality and yield are concerned. For next year, pilots for pears are also in the planning." 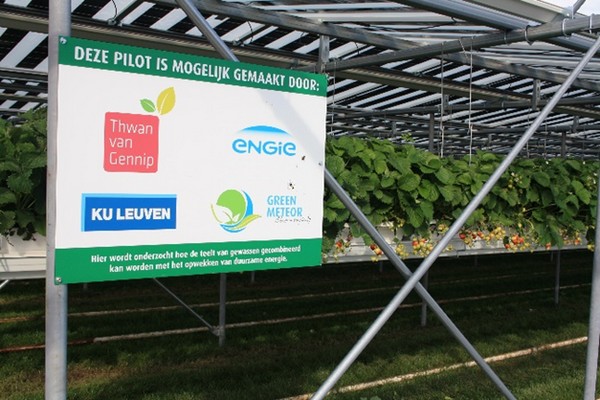 The base of the 'Mini Air', a roofing system, is used as the base and growing system. However, the plastic film has been replaced by light-permeable solar panels.

The solar panels protect the crops against extreme weather conditions, such as heavy precipitation, frost, and excessive solar radiation. 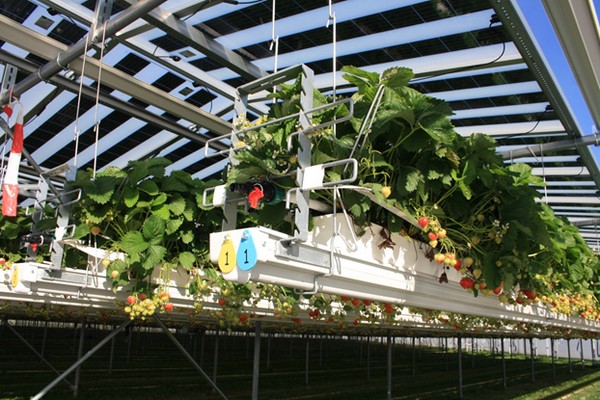 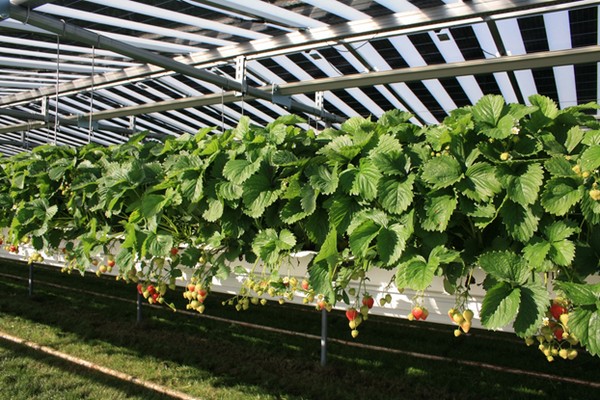 Advantages of Agri PV
PV stands for Photovoltaic or solar power. Agri PV is the most common term for solar panels above crops.

Agri PV gives the cultivation of crops several functions. Erik: "For example, in the case of blueberries we can speak of three layers, consisting of the crop, the generation of green electricity, and by sowing a flower mixture in the paths, the insect life is also stimulated. In the process, rainwater is also collected and used for irrigation." 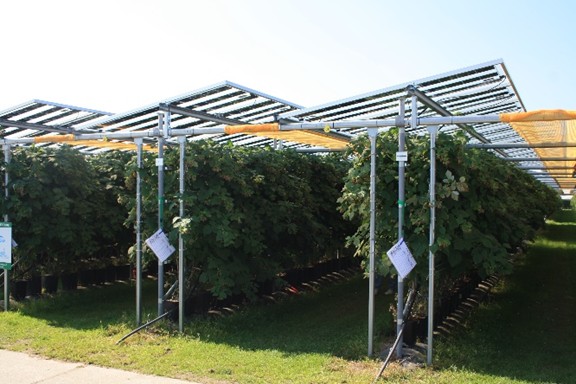 Since 2018, Green Meteor has been actively involved in the developments of Agri PV. Green Meteor has the perspective from horticulture and is closely connected to Meteor Systems, says Erik. "The knowledge that comes together in this company ensures that good combinations and solutions can be found in providing an integrated advice/design for the various cultivation systems this in combination with own production and placement of the bases of solar parks." 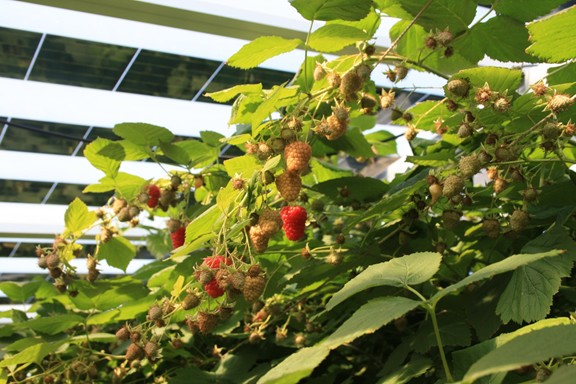 Green Meteor is planning to realize a pilot for pears and cherries next year. There are also opportunities for Agri PV for hard fruit. Erik: "All in all, Agri PV is a win/win situation for both nature and horticulture and the energy transition."