Many growers can tell immediately whether a tomato crop has a good generative habits or not. Just look at the head and that's it. Simple, right?

Not for all growers, as Godfrey Dol of Glasshouse Consultancy discovered during his visits to growers all over the world. They increasingly grow in modern greenhouses with modern techniques, but do not always know what to do with them.

In a recently published book, Godfrey gives these growers advice on growing in a modulair glasshouse. In addition to the necessary text and photos, he does this primarily with figures. Because, he noticed, growers really appreciate it when it's as simple as 'if you measure this, you must do that'. 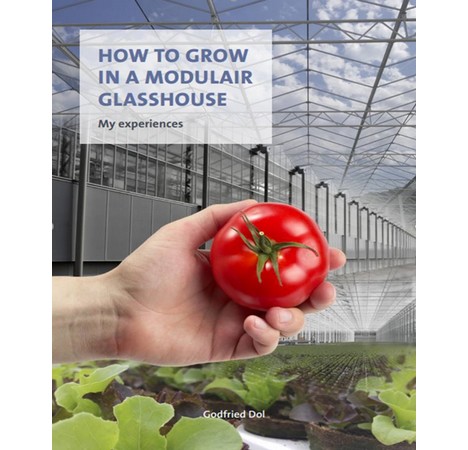 No final destination
In the book, Godfrey focuses specifically on the ModulAIR principle, a semi-closed greenhouse concept developed by greenhouse builder Van der Hoeven based on which he himself has been growing a lot in recent years. But the book will also help growers with a conventional greenhouse or vertical farm, because many of the principles can be applied generally.

Godfrey does not see the semi-closed greenhouse as the end of the line either. "I expect energy costs to keep falling over the next thirty years. As a result, we will all be growing in a more closed fashion, without sunlight and with artificial lighting. At that point vertical and horizontal farming will converge, but things like air circulation, which many growers still have a lot to learn about in semi-closed greenhouses, will remain very important."

Not by feel
Although Godfrey has gained much experience in greenhouses all over the world over the past forty years, he is not a 'typical grower'. In fact, he originally comes from an analytical, scientific laboratory background. But it is precisely this background that makes him so adept at writing a book for less experienced growers in countries where the developments in technology mean that there are now also high-tech greenhouses.

"When I myself started growing in the 1980s, I did not do so in the Netherlands, but abroad and without any experience. I therefore did not do it by feel, but with data. I also consciously looked for creative solutions. In addition, I learned a lot from Dutch crop consultants." 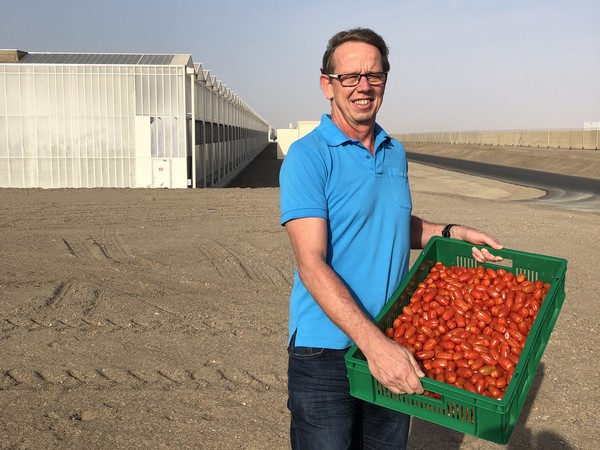 Different approach
Meanwhile, the data-driven way of growing is becoming more and more established. Participation in the Autonomous Greenhouse Challenge of 2020 (and winning it) also gave Godfrey confirmation that his data-driven method of cultivation also works in the Netherlands. "Instead of exporting Dutch knowledge abroad, I got the chance to bring my techniques learned abroad in extreme climates back to the temperate Dutch climate."

Numbers
The biggest misconception that Godfrey has encountered over the years among growers in semi-closed greenhouses is that the forced air flow created by a fan in a semi-closed greenhouse has the same effect as opening the vents in a conventional greenhouse. "Growers think that has the same cooling effect, but there is a lot more to it, which I have learned a lot from when it comes to plant growth." (more on this in a earlier blog post by Godfrey)

But how it works is not always easy to explain. Godfrey sees that growers internationally still have many questions about the difference between generative and vegetative, for example. These are matters in which growers work a lot 'by feel', but it is precisely this that new, inexperienced growers find difficult, as Godfrey himself experienced when he started in horticulture.

Irrigation is another such subject. "On a blog I wrote about this, I received many responses. For example from the cannabis sector, where you meet many relatively inexperienced growers. They said 'I can work with this', precisely because I try to express a lot in numbers."

New book?
Godfrey is currently in the United States and will soon be spending a lot of time in Asia. He will be helping to set up new projects there for investment company Equilibrium. Does he still have time to write a new book? "I have been working on this book while helping growers all over the world with their crops," he laughs. "So yes, it is possible. But this book contains forty years of experience on a subject about which, in my opinion, very little has been written. I don't see another subject this this, because a lot has already been written about tomato cultivation, in which I have a lot of experience."

However, Godfrey does see future opportunities in a book in which he would like to explain to consumers how far 'we' have already come with technology in horticulture, but also beyond that in the food-producing industry. He believes that consumers often still have very romantic ideas that are no longer relevant in practice. And sometimes consumers do know about the existence of 'cultivation factories', but draw the wrong conclusions from this.

"For example, it is an illusion to think that in a vertical farm or closed greenhouse there are no longer any diseases or pests. And that therefore no crop protection is needed. Yet you see growers making these claims and that consumers prefer crops grown indoors. In itself this is a good thing, because it is certainly one of the solutions to the world food problem, but I do think it is important that consumers make such choices on the basis of complete, comprehensive and accurate information. There is still a world to be won in this respect.

As is making even better use of the latest technology, such as Van der Hoeven's ModulAIR greenhouses. This will enable horticulture to make a substantial contribution towards solving the world's food problem. Partly because the semi-closed greenhouse greatly expands the geographical area in which food can be produced."

Curious about the book? You can order it here.