Everyone knows the radish from Nantes but few consumers are familiar with the Blue Meat, Green Meat and Red Meat varieties. For eight years now, the Le Vili company has been producing these colorful varieties in the French region of Brittany. “These products have the particularity of being bicolored and therefore visually very attractive. They are much larger than the traditional pink radish, with approximately 10-15cm in length and a circumference of 5cm. Restaurants like these varieties in particular because they add a colorful and tangy touch to their dishes,” explains Régis Le Saint of Le Vili. 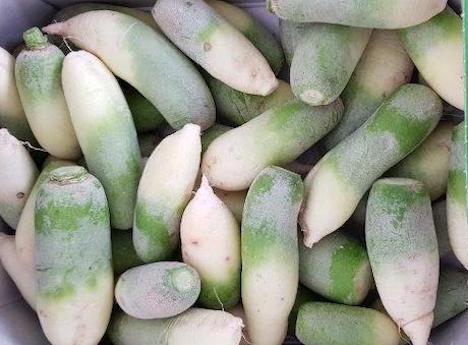 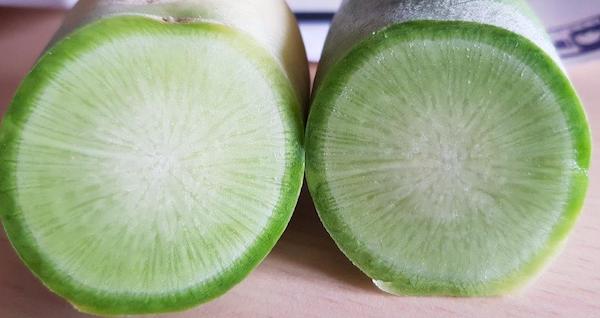 “We work hard to promote these lesser-known products”
The Le Vili company is committed to repopularizing these forgotten yet fashionable vegetables. “It is indeed a niche market but it is gaining in popularity. Restaurants know the product but it is relatively unknown to the general public. We therefore try to instil the taste of these varieties in the final consumer. Nowadays, distributors are more reluctant to offer them on the shelves due to their scarce consumption. We then set up discovery operations and culinary events in the stores in order to make them known. We believe in those products and I think they will slowly find their place on the shelves as they are clearly fashionable. In fact, these ancient varieties come from a local, responsible, authentic production that meets the expectations of consumers in search of tasty homemade products. But setting up these actions with our clients sometimes requires time.” 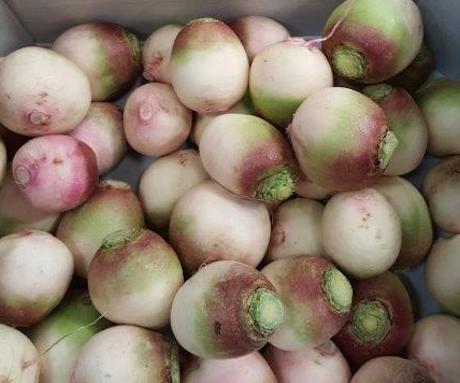 “We produce these ancient radishes almost all year round”
By producing these 4 ancient radish varieties as well as back radishes, Le Vili is able to offer radish to its clients from June until April/May. “The season starts with the black radish from the beginning until the end of May, followed by the Blue Meat, then the Red Meat to end up with the 4 references by mid-August. There is therefore almost no break, as we produce for 10 months out of 12. It is a mainly manual production, which reaches 5 tons per reference and is either certified organic or HEV.” 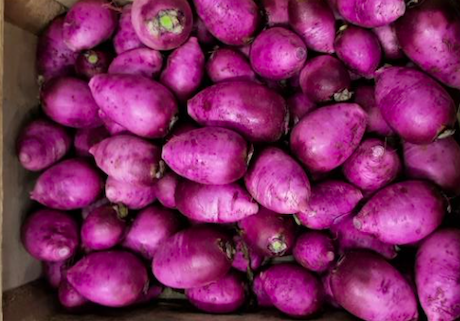