Insect larvae may appear harmless to humans, but many of them can be very dangerous to feeding plant species, some of which are important crops. Plants cannot escape danger like animals, but many plants have evolved creative strategies to protect themselves from herbivores. Herbivorous insect larvae usually use their mouth to smear various digestive proteins on the plants they want to eat. When plants detect chemicals commonly found in these oral secretions, they can respond to damage by producing protective molecules such as proteins and special metabolites. They themselves inactivate the digestive proteins of insects and thus prevent them from getting nutrients from plants. 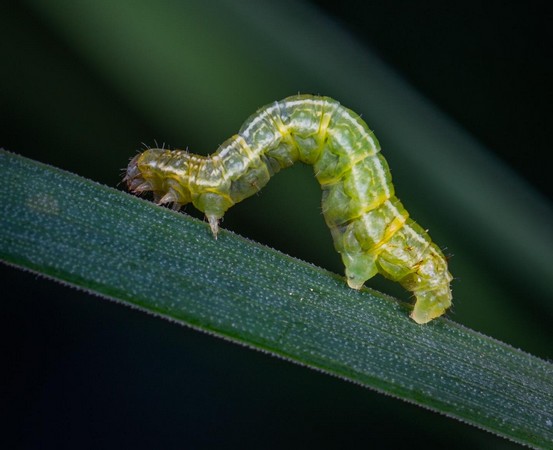 Of course, the existence of such a chemical defense mechanism plant It is a problem that herbivorous insects have to deal with. One way insects have evolved to overcome these problems is Bacteria. For example, the digestive secretions of the Colorado potato beetle (Leptinotarsa ​​decemlineata) contains bacteria that can suppress the defense mechanisms of tomato plants commonly eaten by beetles. Beetles and bacteria thus achieved “symbiosis”. This is a term used by biologists to describe mutually beneficial partnerships. Beetles provide bacteria with a comfortable environment in the mouth and other secretory organs, which help beetles consume nutrients from tomato plants.

This is a fascinating result for Professor Genichiro Arimura of Tokyo University of Science. “It is well known that animal symbiotic microorganisms (especially the intestinal bacteria of herbivores such as pandas and cows) affect biological activities such as digestion, but breeding, they affect prey (i.e., plants). The fact of giving is not well known. “In other words, the fact that the bacterial partner of an insect acts to alter the biochemical process before a living plant is eaten is of considerable concern to scientists.

Professor Arimura and his research team, in collaboration with Okayama University, wondered if such a partnership with bacteria would apply to insects as well. Spodoptera litura, its larvae, are generally the major pests that damage Asian crops. In an article recently published in the journal New botanist, Professor Arimura and his research team's study on Spodoptera litura larvae on mechanically damaged leaves of Arabidopsis thaliana, when researchers kill or eliminate oral secretions and kill or eliminate bacteria that may be present in them, applying these secretions to plant leaves plays an important role in the expression and defense of defense-related genes.

Read the complete article at www.floridanewstimes.com.