Are the fungi we have now the same as they were in the past?

Introducing fungi to the greenhouse is generally not something growers are excited to do but can prove to be pretty useful and educational, which is why it is one of the things Jantinke-Hofland-Zijlstra wants to help growers achieve. The consultant researcher started her own company on the 4th of January called Weerbare Plant. 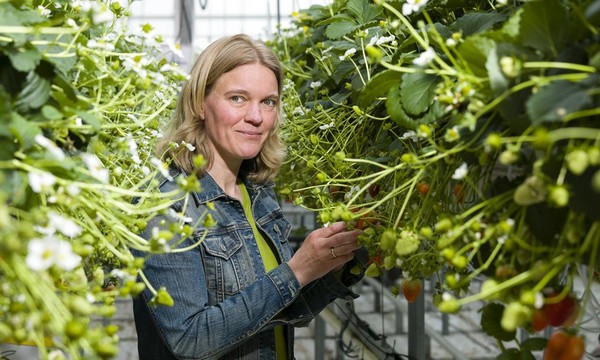 The name of her company caused the two experienced entrepreneurs who guide her in her entrepreneurship to raise an eyebrow. Is that really an appealing name? Jantineke certainly thought so and has been proven to be right over the past few months. “There is a lot of demand for an independent sparring partner in the field of fungi and plant diseases. Not many people are doing this in the greenhouse horticultural sector.”

Although the importance of a resilient plant is being recognized more and more. “The dusty old image has long since disappeared. The interest in this line of work has increased, especially since growers that work with biostimulants and fertilizers started noticing what this could do for the plants' resilience.”

Broad view
Up until this point, the approach to resilience has often been a reductionist one, according to Jantineke. Meaning that the focus is often on just one product, one plant protection product, or one form of resistance. “I think we should pay more attention to the bigger picture, look at the entire system and focus on the overall resilience of the plant. To achieve this, we all need to broaden our views. Luckily the sector has been progressing well in this regard.”

New ideas
With the growers in mind, Jantineke will focus on giving advice, researching for the growers, and leading courses, of which she has already given two under the unsurprising title of ‘Weerbare Plant’. “The interest in the courses has been positive. During which I have also notice that the independent view provided on the matter is being appreciated. With each course, I draw from my, by now, extensive experience in both scientific and practical research. I still try to keep up-to-date and gain new ideas from things such as international literature to eventually share with the growers.” 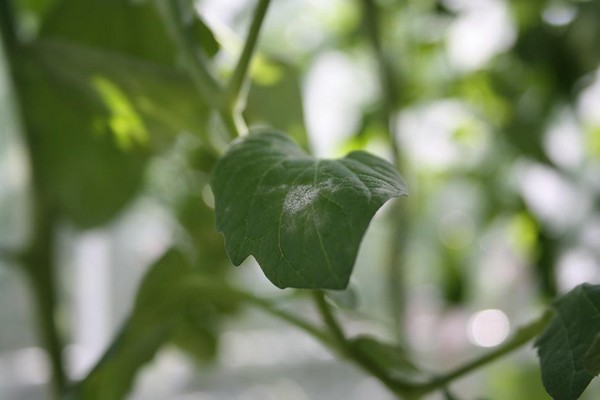 Fungi most often occur in the periods between March-April and August-September. During which natural light increases and by the end decreases, which serves a trigger for the fungi problems in greenhouses. On the photo: mildew in tomato.

Priorities
As a ‘fungi expert’ – which Jantineke can laugh about and take as a compliment – she regularly joins up with growers who have united against a fungi problem. “From my position as an independent and experienced outsider, I try to give structure to their research, look at what has already been done by the growers and their advisors, and what could be done to improve this. It is often crucial to get the priorities straight, but fungi don’t wait for this to happen. It is therefore important to make good, thorough, but also quick decisions.

Enough knowledge?
An important part of doing so is knowing fungi. Which is logical, but is there enough of this knowledge within the sector? Jantineke wonders about this during the conversation. “I know that in Belgium, for instance, they took a closer look at the isolates of Botrytis. The research showed that all types of different isolates were present, some of which were even of varying pathogenicity during the season (which made them damaging to the crops). It also turned out the fungi in question were often more aggressive at the end of the growing season than the same variety was at the beginning of the season. This shows that dealing with fungi is not necessarily the same throughout the season.” 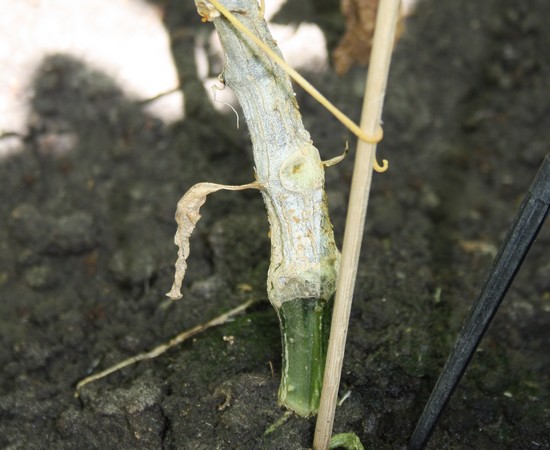 In cultivation, growers have to deal with roughly two varieties of fungi: greenhouse air fungi, of which the spores mainly move through the air in the greenhouse, and varieties that move rapidly through water and ground particles, substrate fungi. The latter one is the most persistent since their resting spores can survive on dying plant waste or substrate particles for a long time and germinate in favorable conditions. In the photo: Mycosphaerella in cucumbers, a greenhouse air fungi.

This makes it so that simply putting the label of ‘Fusarium’ or ‘Pythium’ on a cultivation problem is not enough, according to Jantineke. “Therefore, I see the opportunity to collect fungi from greenhouses using the now more commonly used molecular techniques and mapping the diverse amount of harmful and non-harmful fungi present.”

Testing plant materials
Another big project in which Jantineke sees a promising future is collecting plant materials from as many greenhouses as possible and performing a disease test. “You will undoubtedly notice a lot of differences from which growers then will be able to learn a lot.” Why has this never worked before? “Because it is not innovative enough, which makes it harder to get funding for. Now that I am independent, I consider setting up such a project, for instance, with the help of students. They can help out and learn a lot from the execution of the project.”

Custom made
On a smaller scale, but no less important is her plan to conduct biological tests with the growers. “With which you apply a fungus to a leaf in a controlled manner, even if there is no disease pressure present yet, to already get an insight into the plants' natural resilience. This type of isolated test provides the grower with a lot of knowledge and visual evidence from a real-life scenario. That is what I am aiming for: custom-made solutions. Just like with independent advice, you rarely see this in the field of plant diseases.” 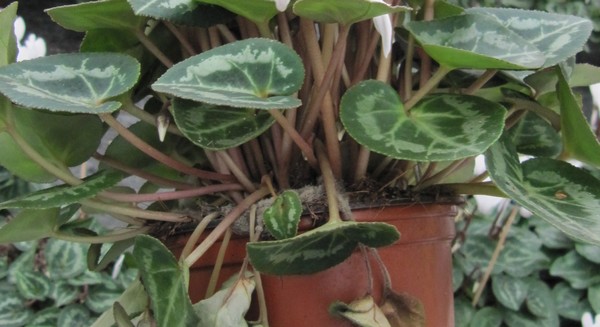