Bram's adventures at home and abroad

"There's no course for it. It's quite difficult." That's what Bram van den Ende says when you ask him if he finds it difficult to retire. After half a century at Stolze group, where he started at 16 as the first employee and he was able to work himself up to CEO, it is time to step down. "When you've attached yourself to it your whole life, it's quite hard. It's a process but the company is in good hands.” 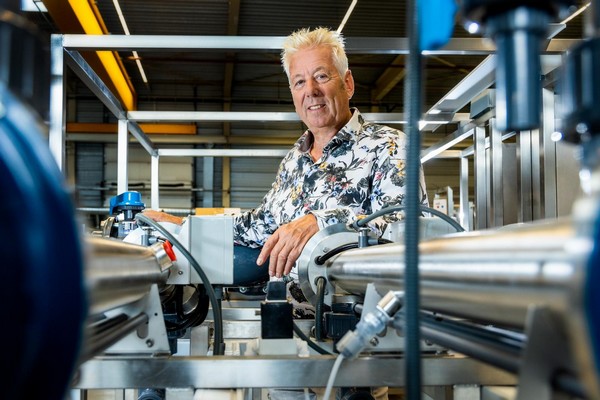 Bumblebees and planes
Bram has witnessed quite some new things during his time at Stolze. From the first bumblebees in greenhouses to the first mobile phones, convenient for the emergency service, for which Bram did a lot. At the age of 23, he had to resolve an issue in France. “At that time, it was already quite an experience when you went to the south of the Netherlands. So, to be on a plane for the first time, you can imagine, I was very nervous.

He had rather stayed home but he also knew: if I don't go now, I'll never go again, so Bram left for Cannes. The issue was resolved within five minutes, but the next flight didn't go until a few days later. “So out of the four days I was there, I spent three days on the beach!”

Going abroad was always an experience for me. For example, Bram remembers another trip to Sardinia, where someone wanted to sell a Priva computer. But how do you do that when someone doesn't speak a word of English, and you can only talk about Gullit and Cruijff with your hands and feet? In the end, the sale was concluded, but Bram had to stay with the man for two days and he had to stay for dinner. "It looked horrible. Squid and raw fish that was eaten with head and tail. I was horrified when I saw it, but you can't say no.”

Mafia
Bram has been to Italy many times after that successful sale. In the early '80s, he went to Italy once every 14 days: he left on Friday nights and came back on Sundays. There's one project there that he will never forget.

"Back then, Italy was ‘the land of the mafia’, now a lot less. A customer of ours went to Sardinia to set up a very large horticultural project with two partners, including Italians. We went there and as it turned out, the ground was not even. So that had to be leveled, otherwise, you can't build a greenhouse.”

A financial setback, but they were able to continue with the project. They were already working on the entire electrical installation when they had another setback to deal with, and not a small one: the Italian customer didn't pay. "So, we went away and only left the equipment behind.”

Unfortunately, the case took a turn for the worse, the Italian customer went bankrupt. "So, I called a friend in Sardinia and I asked him to get everything out of there: computer, fans, you name it.”

That happened, but the Italian defaulter couldn't appreciate it. The guys from Stolze were now working elsewhere on the island. They unknowingly ended up in some Hollywood movie with that job. The defaulter had informed the police about the "theft" of the equipment. They came to the new project with rifles drawn to arrest the mechanics.

The guys were held until all equipment was returned. In the end, Bram and his team decided to return the equipment because the local police were also on the side of the now-bankrupt customer, one of the partners in that deal was the mayor of a local village. "Very strange games were played. All politics, but what can you do.”

German marks in a handbag
Bram was also active in Germany. Small problem, he does not have a knack for languages. After two years of studying German, he could not count to ten as well as his children, who were about 12 at that time. But this did not stop him: with hands and feet, and some technical skill, you can come a long way.

For example, he saw this when someone from Germany started a project on Tenerife in Spain. "He was going to cultivate mangoes. I had never heard of that, but he had to have a drip hose, EC, and pH, so I sent him an offer, and he liked it.” 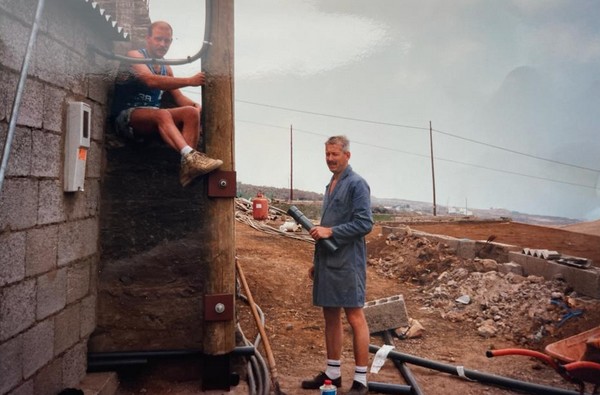 The client had to pay half in advance, but that was no problem. "He trusted the whole thing. I said: "And the other half when I'm there." So, we went there to go ahead with everything. He came to pick us up at the airport, along with his wife. I introduce myself, and he nudges his wife. I thought, what's he doing? So, he nods at the woman's purse, she opened the bag and I got 40,000 marks. What am I going to do with 40,000 marks? I put it in my suitcase and I went to check almost every hour to see if it was still there!"

Dog bites man
There was also plenty to do in the Netherlands. "I remember Teun going to a customer with an offer. I knew that customer was not the nicest. Teun came back and was a little upset. "I went to the client and what do you think? He has a huge dog. Look, he bit my legs!'" Fortunately, the customer was not the worst, in return for the dog bite, he agreed to the offer.

"By the way, everyone in the company has been bitten by a dog. I was with a customer once, it was already a little dark, and there was a car in front of his sliding door, so I couldn't get in. Fortunately, the keys were in the ignition, so I got in the passenger seat to move the car.” Unfortunately for Bram, he wasn't alone in the car. "I sit down and suddenly I hear growling. I look back and see a row of white teeth, it was like a movie. And I couldn't get out because that car was still parked against the door.”

Bram also had a dog and thought that starting the car would sound familiar to the dog and might calm him down. "I start the car and that Doberman kept growling. I drove the car forward and kept talking to the dog. I jumped out, and in the end, the dog didn't bite me. So, I go to the grower.” And this conversation took place:

"Through the sliding door."

"You didn't move that car."

"And the dog was in that car!"

"Yeah, that wimp in the backseat?" I saw him. He's not of any help! 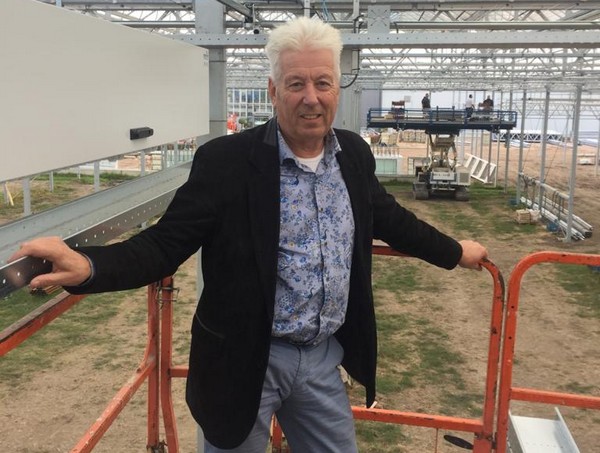 Always laughing
With Bram there is always something to laugh about, he tells one anecdote after another. For example, he remembers Aad Duijn's 'grandma' bicycle. “That was his company bike. With his tools on the back, he rode his bike all over the company. If you took his bike, he would let you know how he felt about it, so you didn't do it twice. But at one point I was working with a welder, Piet Leerdam, and Aad was gone. The bike was propped against a pole and Piet was welding.” You can feel it coming: the duo planned to weld the bike to the pole.

Aad came back, and under the watchful eye of Bram and Piet, who were peeking around a corner, he began to pull on the bike. “He was in a hurry, so at one point he walked away. But after 10, 15 meters, he turned around and thought: that can't be right? Then he saw the welding and we came out. We couldn't stop laughing and I remember what Aad said: "That's a really silly prank!"

Bram has also been the victim of pranks, silly or not. “I'm not very good with computers, I had to regularly ask someone to help me out. At some point, they took a picture of my home screen and stuck it to my monitor. So, I sit down... that freaking thing froze again, I think. Booting, unplugging, nothing happened. So, then I pulled the plug, but I still had an image. I didn't get it. I didn't even realize it.”

Sharing is caring
After all these adventures, pranks, and jokes, Bram can now enjoy his retirement, although he will continue to follow his horticultural heart, for example, with a Chrysanthemum project on water.

He'll miss his colleagues from Stolze the most. "You cannot do everything by yourself. I owe a lot to the people at Stolze. You can't be successful if you can't share.

So, Bram is going to miss the people the most, but there's one more thing: the stress "It gives you adrenaline.”

Part 1: Piet Bom - Will your next greenhouse be made of Fiberglass?
Part 2: Henry van der Lans - We slept in the same little hotel...
Part 3: Rob Grootscholten – 42 years of greenhouse construction...
Part 4: Peter Stuyt – As a Dutch American, I like to combine...
Part 5: Leo Alsemgeest - Bit by bit a step back
Part 6: Harry Dullemans – Never say you are not there...
Part 7: Kees de Groot - We must make something different than...
Part 8: Leo Alleblas – The urge for adventure is in our blood
Part 9: Carel Zwinkels - “A grower needs to keep on developing in...
Part 10: Willem van Dorssen - "Willem, watch out for your shiny...
Part 11: Cees and Leo van der Lans - "If you want to do everything...
Part 12: Marten Barel - The development that horticulture has...
Part 13: Hans Zeeman - Grateful our family name still...
Part 14: Johan de Hoog - After a storm, we clean up together
Part 15: Ton van der Kooij - I transformed myself for one night ...
Part 16: Cees Overgaauw - Without a guardian angel I still would...