New study shows why strawberries must keep (their) cool

Right about now, if you eat a Florida strawberry, odds are it’s going to taste oh-so-good. That’s no accident. Strawberries are in season, and those you see at the grocery store should be shipped and stocked at the right temperature, says a University of Florida scientist.

Experts stress the word “should” because, to ensure the fruit is at peak form, you’re not supposed to break what’s called the “cold chain,” says Jeff Brecht, a UF/IFAS horticultural sciences professor and Extension specialist.

The cold chain refers to the food supply chain — from farms to supermarkets — and applies to products that need to be refrigerated. Trucks transport fruit – in this case, strawberries – around the state and across the country, and as they do so, they try to make sure the strawberries remain cold, Brecht said.

When the fruit get warmer, strawberries lose some of their sugars, vitamins and antioxidants and can more easily bruise and decay, scientists say.

Some grocery stores prefer to display room-temperature strawberries, but those warmer temperatures will often result in strawberries that don’t last as long in consumers’ homes, Brecht said.

Brecht and Ismail Uysal, a University of South Florida associate professor of electrical engineering, collaborated on a recently published study that found places in the food chain where strawberries were getting warmer than the optimal 34 degrees.

Two of the shipments went from Plant City to other cities in Florida and Georgia. The other four shipments originated in Salinas, California – the most productive agricultural region in California — to Maryland, Pennsylvania, Virginia, South Carolina and North Carolina.

Researchers found the locations in the supply chain where temperatures were too warm. Sometimes it was during transport; sometimes at warehouses; sometimes during offloading and storage and sometimes on display at grocery stores. 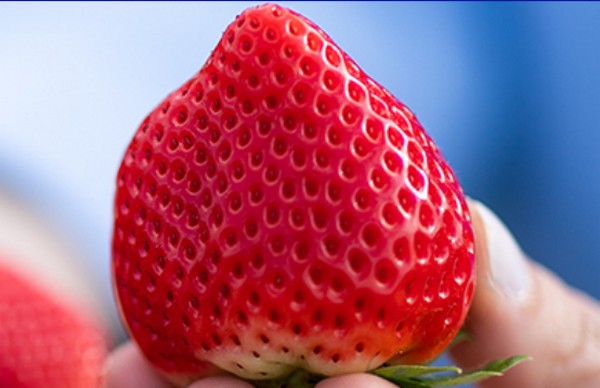 Using what they had found in the shipping tests, the scientists stored strawberries at Brecht’s lab at UF in Gainesville. There, researchers recreated shipping scenarios and monitored the fruit quality. Through this process, the researchers documented the negative effects on strawberries when the cold chain is broken.

The data from the study also tell Brecht and Uysal points where they can educate farmers, transportation companies, and groceries about what they can do to keep temperatures down in the supply chain.

As they move forward, the scientists are working on developing machine-learning models that can reliably predict the future marketability of strawberries from the temperature conditions they were exposed to in the cold chain — from harvest all the way to the store.