How the Southern Hemisphere was impacted by the pandemic

This week’s PMA virtual town hall featured Fhumulani Ratshitanga, CEO of Fruit South Africa, and Juan Colombo, CEO of Subsole. The meeting was moderated by Anouk Sijmonsma, PMA’s Vice President of Global Membership Engagement, in a conversation about how South African and Chilean exports were affected by the pandemic last year, as well as the outlook for the current and upcoming seasons this year. 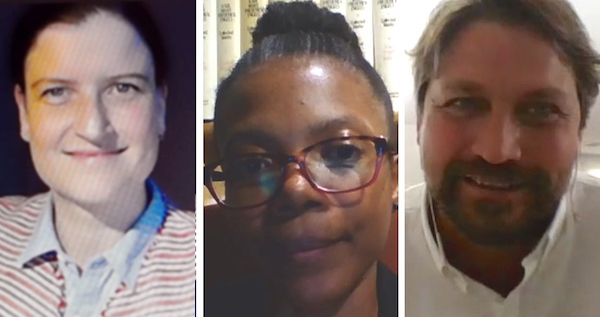 Last season saw record volumes in South Africa
With over 60% of their total production volumes being exported to more than 90 countries, South Africa’s fresh fruit industry is very export focused. Europe and the UK together make up their largest export market, followed by Asia. Fruit South Africa works to provide a platform for the fresh fruit industry in the country, to engage constructively with the government and critical stakeholders.

Looking back on last year's fruit seasons Ratshitanga shares: “Last season was exceptionally good. We saw record high volumes, even amidst the pandemic. The citrus industry was faced with a very unique situation as their season started very soon after the initial lockdown was instated in March. They did extremely well in the context of the situation and were able to cater to shifting consumer demands, which included an increased focus on healthy foods and a spike in demand for citrus specifically.” For this upcoming season she shares that record volumes are expected. “Particularly for Valencia oranges and grapefruit, high volumes are expected,” Ratshitanga adds.

Table grapes are currently in season in South Africa. Ratshitanga says: “The season is underway, and we expect a good crop especially in the lower regions of the Western Cape. We have seen good weather and good quality. The total crop estimate is forecasted to be between 65.3 and 69.8 million cartons for export. Some northern Cape regions have seen some crop losses because of rains but overall, this season compares favorably with last season which produced around 66 million cartons.”

Chile: Weather interferes with the season
This season the Chilean cherry exports are at an all-time high, at 63 million boxes of 5 kilograms which is up 40% from last season, Sijmonsma shares. The grape season was moving along nicely but was very unexpectedly hit with heavy rains. Colombo shares: “The rains were very unusual for this time of the year. There was between 45 to 120 mm of rain throughout all growing areas except the north. The positive news is that we have the technique and the manpower in place to provide solutions to the challenges we are now seeing: doing quality controls, drying out orchards and more. There is a lot of work ahead of us to face this challenge, but I am confident we will find a way to overcome it. Prior to the rains the table grape industry looked to be recovering back to normal numbers, but now with the rain we will likely not do so.”

Changes brought on by the pandemic
Looking back on the pandemic, one of the changes noted by Colombo is the demand for plastic packaging. He says: “Before the pandemic, the clear trend was to work to eliminate plastic; it was probably one of the top three concerns of the consumer and the industry. Then when the pandemic hit, everything started to revolve around confined units with no exposure. I do see that we are slowly returning back to the sustainability mindset now. Plastic is a necessary evil at the moment, but I think the sustainable packaging trend will bounce back in the long term.”

Colombo also notes changes in the way consumers think and act due to the pandemic. “They have become more aware during the pandemic. They are now working from home and are more involved in the day-to-day activities of the family. This has made people more aware of the waste that they produce, and they are more aware of what they buy. This can be a challenge for our industry, but it will also help us continue to push the boundaries,” Colombo says.

Logistical challenges
Both Ratshitanga and Colombo discuss logistical challenges that they have encountered because of the pandemic. Ratshitanga says: “The biggest issues so far have been surrounding air freight because of limited flights and limited space. This also means higher costs. For ocean freight, we haven’t seen significant issues this season. We've done everything in our power to ensure that the logistics for fruit exports run as smoothly as possible. In terms of citrus, there was a unique challenge. There are often inspectors that come from foreign countries to inspect the shipments before they leave our ports and during the lockdown alternative arrangements had to be made. In the US, for instance, they ensured they had the appropriate capacity to clear the citrus coming in from South Africa as it arrived at their ports.”

In Chile the main issues faced were due to the imbalance between empty and loaded containers. Colombo says: “We still see this imbalance today. It has been tough getting available empty units to load our fruit. This has led to some cancellations and delays. It is very challenging and can disrupt the entire supply chain, but I don't see it changing anytime soon so we have to learn to live with it. Especially now that vaccines are becoming available, they will be shipped as refrigerated cargo. This is a great thing, of course, but it will have an effect on the produce industry.”

Next week’s virtual town hall will look at root cause analysis and how this strategy can be applied in everyday situations.