The rise of Aldi in Australia

Twenty years ago, on January 25 2001, a virtually unknown German supermarket chain quietly opened its first stores in Australia. At the time, there were two two stores; one in Sydney’s inner-west suburb of Marrickville, the other in the outer south-west, near Bankstown Airport. They were small, about a quarter the size of a mainstream supermarket. Each stocked just 900 products, 90% of which were unknown brands.

Few Australian supermarket executives at the time would have considered them models for success. They couldn’t imagine the impact Aldi would have on Australia’s retail sector and shopping habits.

By the time Aldi opened its first stores in Australia, it was already a booming multinational. It now has more than 10,000 stores in 20 countries, including China. In coming to Australia, the chain pounced on a gap in the grocery retail market. 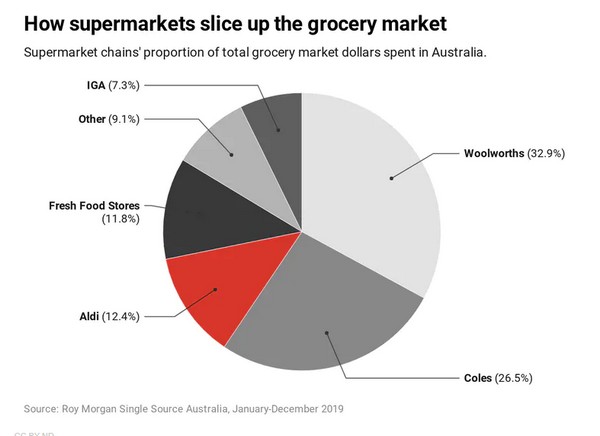 The “food discounter” model had been dominated by now defunct Franklins and Bi-Lo (owned by Coles). By the late 1990s, however, these chains had messed with their “no-frills” model through attempts to go upmarket. It proved disastrous. Franklins went into terminal decline. Coles abandoned the Bi-Lo brand in 2006.