There was an early start for the Turkish strawberries this year. Thanks to hotter weather, the strawberries were harvested last month already, when they usually would’ve started last week. Volumes have been a little slow, but with Valentine’s Day coming up, demand is expected to increase soon. 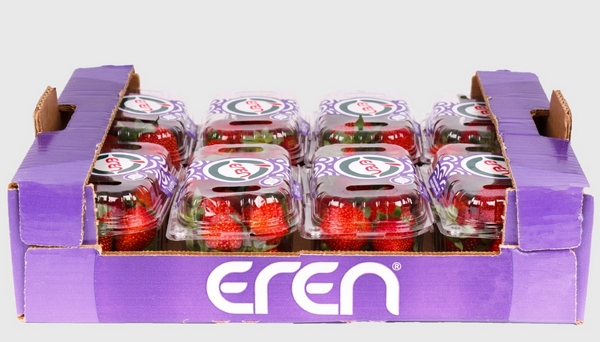 According to Coskun Eren, marketing manager for Turkish fruit exporter Eren Tarim, hot weather caused the strawberry season to start about a month early: “The Turkish strawberry season has been going quite well so far. In Turkey, the weather is unusually hot at the moment. This tends to grow fruits faster and earlier, which is also the case with strawberries. Normally we would start the season around mid-January, but this season we started in December. The overall crop volume will be larger than last year due to the hotter weather.”

Due to the early start, volumes are currently still a bit lacking. Eren states that demand should be picking up in time for Valentine’s Day. “The demand has been on a regular level, not really higher or lower than usual. The main reason for that would be the available volumes. We can’t offer full trucks every week, since the strawberries were harvested a bit earlier. This means volumes are still low, even now. We try to offer little by little, but I believe if we would actually open the floodgates, the demand would be there, especially with February the 14th coming up shortly. We are very well priced in and people want full trucks, it’s just that we are struggling to get the volumes up.” 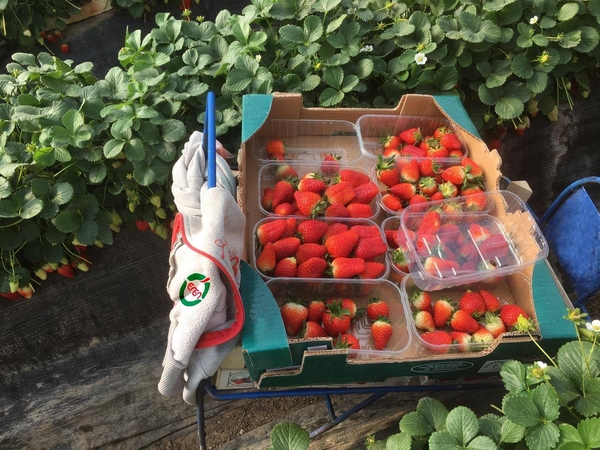 It wasn’t just Turkey that experienced unexpected weather this year, as the problems in Spain did have an effect on the Turkish strawberry exports. “‘The biggest snowstorm in 50 years’, as they say, hit Spain not long ago and we are feeling the effects. The strawberry market prices are very high at the moment and this is a good advantage for us. The delicate berry family is most affected by freezing temperatures, so I believe Spain had some problems with their crop. Apart from that, the hot weather here affected us positively, no rains, no negative temperatures, so it was a double bonus for us,” Eren explains.

He states Eren Tarim would like to expand its strawberry offer to make in one of their prime products. “We expect to export 350 to 500 tons of strawberries this season. We aim to make strawberries one of our main products. We are also exploring new technologies for after harvest shelf-life preservation and will be trying them on a R&D basis starting this season.”

Prices for strawberries are slightly higher this year, says Eren: “The prices based on Turkish Lira are 10 per cent up from last year. However, strawberries are such a volatile product that price could double or half over the span of two days. I would expect we will have very competitive pricing compared to our competitors Spain and Egypt, via both train or air cargo. Since our main markets are the EU, Russia and the Far East via air cargo, I foresee good opportunities for us this season.” 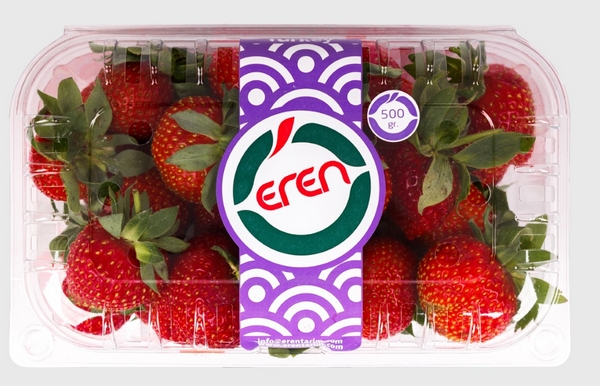 “We expect to have a good calm season, I hope the weather stays positive and doesn’t get too hot in the coming months. We continue with the strawberry until June after our very early start. Trucks are going into Europe and Russia as per usual and we are ready for the rest of the season. I would also like to emphasize that strawberries are actually very rich in vitamin C, not many people know that seven strawberries contain more vitamin C than an orange! Boosting our immune system nowadays is something we all need,” Eren concludes.