Strawberry plants in line for the Plantsauna

By teasing tray plants and strawberry cuttings a little with a special temperature treatment with steam, it's possible to supply disease free plant material without using chemicals. That's the principle of the Plantsauna in a nutshell. After years of development, the concept is now ready for practice. "The first orders have been placed, and in the beginning of 2021 the first plants will go into the sauna at Dutch nurseries," tells Cas Barel from the originally Norwegian company Plantsauna AS.

How it works
To jump right in: What's the secret of this technique? "That is the combination of the special, airtight room with a humidity of one hundred percent and a very strict temperature regime. We bring, at the moment one pallet at a time, the plants into the plant sauna, and treat them with a set recipe of temperature and time. 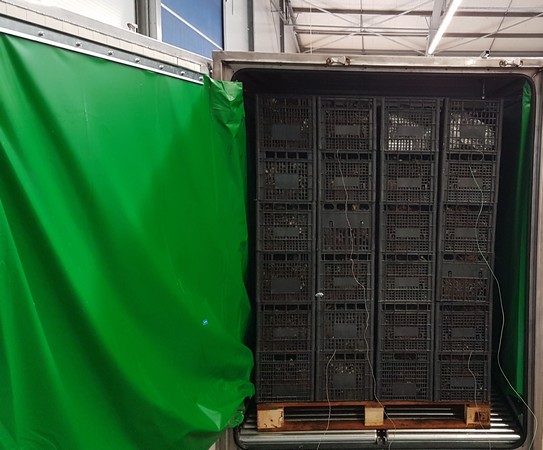 The sauna procedure was discovered by the University of Florida and NIBIO, a Norwegian research institute. Marten Barel and Ole Myhrene developed the technique further, to make it applicable in practice. This technique will be even further developed by Cas Barel and Simen Myhrene from Plantsauna AS.

Next, they let the plants cool down. Because of that, the plant makes certain enzymes. "Those make that the plant can endure a second temperature treatment of a much higher temperature, again for a certain period of time. We regulate the temperature. The steam is the energy bearer. After condensation on the plant, inside the plant our desired temperature is reached. The enzyme guards the plant from this high temperature, while several pests like Phytophthora cactorum, strawberry mites and powdery mildew, are killed."

First orders
The last couple of years, together with breeding company Fresh Forward, the concept has been tested a lot, upon which patents applications were filed for the technique, the sauna and the strict protocol. It's now the time for commercialisation. The first orders from Neessen Aardbeienplanten & Aspergeplanten from Grashoek (NL) and van Rapo from Roosendaal (NL) are already in. Both growers will receive the first ones next spring, others will follow them soon. 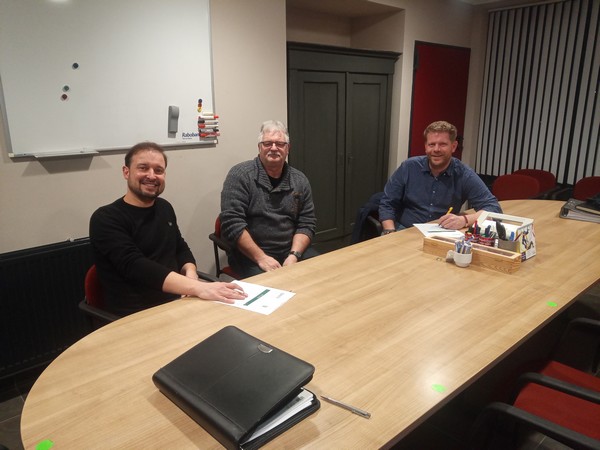 Less drop out
What they will see, is that there is a lot less drop out, tells Cas. "Many reports from tests at, among others, Fragaria Holland B.V., PC Fruit and Proefcentrum Hoogstraten, show that too. Phytophthora, a vascular mold, showed very little drop out. That means a decrease of 5-7% as opposed to non treated plants. The growth is more equal, with a result of a better yield and in the next stage a better start and a healthier start."

Extra varieties and crops
Where the first growers start with the innovation next spring, Plantsauna is looking which crops can also profit from this technique. "We're already testing with flower bulbs and raspberry starting material. Tests have already been done, and this spring the trials will be expanded to larger practical trials. We also look at the steaming of larger quantities of strawberries. And at the effects of the treatment on new varieties. Up until now, the various varieties we've treated have responded well to the technique. We will keep testing on new varieties, so that growers around the world can start with clean plants. There is already a lot of interest."