This will be realized soon as the Department of Agriculture (DA) simultaneously launched two smart greenhouse projects in Iloilo and Bukidnon, funded through the Republic of Korea’s official development assistance (ODA), worth 3.15 Billion Korean Won (US$2.7 million or roughly P135 million).

“On behalf of President Rodrigo Roa Duterte and the Filipino people, we sincerely thank the Republic of Korea for generously extending a grant through its Ministry of Agriculture, Food and Rural Affairs (MAFRA),” said Agriculture Secretary William Dar during the project launch held virtually on December 1, 2020.

The grant will be funded by MAFRA through the Korea Agency of Education, Promotion and Information Service in Food, Agriculture, Forestry and Fisheries (EPIS) up to 2024. 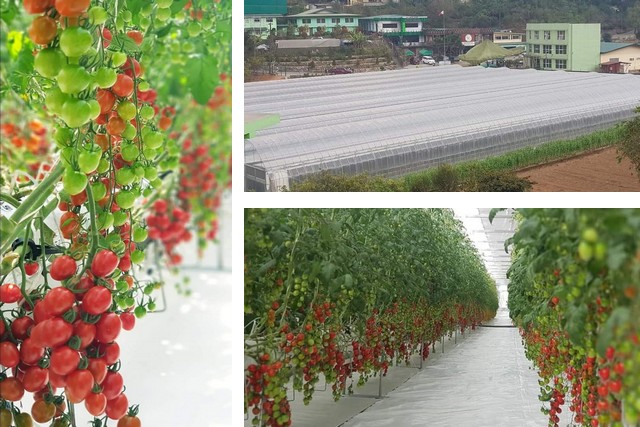 “For Western Visayas — particularly at the DA’s Integrated Agricultural Research Center or WESVIARC in Iloilo City — an additional 10 smart greenhouses will be put up and train farmers on modern production of mushrooms and cherry tomatoes,” he added.

As part of the project, Korea’s MAFRA will also dispatch Korean experts and farm consultants to train Filipino farmers, researchers, and supervising officers in Region 6 and 10.

This project is an expansion of the pilot Korean smart greenhouses established at the DA’s Bureau of Plant Industry (BPI) National Crop Research and Development Center in Baguio City, and at DA-4A Rizal Agricultural Research and Experiment Station (RARES) in Tanay, said Ms. Aleli Maghirang, DA Agriculture Attaché in South Korea, in her report to Secretary Dar.

The Baguio and Tanay projects involved the propagation of cherry tomatoes and bell pepper, funded under the PPP-Korea International Cooperation Agency (KOICA) smart greenhouse project in the Philippines (SGPP). Based on the success and lessons learned from SGPP, the Korean government through MAFRA-EPIS decided to expand the project in Bukidnon and Iloilo.

“In all, this ODA project from the Korean government forms part of the continuing efforts of the Duterte administration to modernize and industrialize the country’s agriculture and fishery sector, and attain food security,” Secretary Dar said.

Through the project and other ongoing initiatives under the DA’s Plant, Plant, Plant program, he envisions a shift from traditional to modern smart farming with more communities and millennials encouraged to set up and operate their own smart farms.

“I hope these smart greenhouse projects will pave the way for more collaborative undertaking between the Philippines and South Korea that would be of mutual benefit to our countries,” Secretary Dar concluded.