Research reveals high-tech cultivation to be the most sustainable solution

Fresh tomatoes grown in high-tech greenhouses score higher in terms of sustainability than organic tomatoes. That is the key finding from academic research conducted on Grodan’s behalf by Wageningen University. In coalition with industry partners, Grodan is now working to build broader awareness of this fact among governments, retailers and NGOs, starting in Northwest Europe. 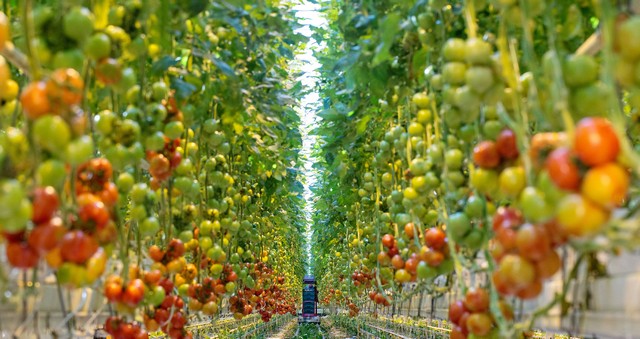 In April 2020, Grodan – a ROCKWOOL company – produced a report titled ‘Evaluating Greenhouse Production Systems based on United Nations Sustainable Development Goals (SDGs) – The road map leading to the most sustainable way of growing’. The report presented the findings from independent research commissioned by the producer of stone wool growing media into the four different types of tomato cultivation methods used in Europe: high-tech conventional, low-tech conventional, high-tech organic and low-tech organic. “World population growth is intensifying the pressure on the Earth’s natural resources, plus health and the environment are important consumer trends that are here to stay. Therefore, if we want to have a successful business model ten years from now – not just as Grodan, but the agri-food industry as a whole – we will need to perform at the highest level to produce high-quality fresh food efficiently and sustainably,” says Sander van Golberdinge, Public Affairs Manager at Grodan.

“We were keen to obtain a full, fair and objective overview of the sustainability of the different growing methods. We’ve worked with Wageningen University several times in the past. It’s consistently ranked the number-one university for agriculture and horticulture worldwide and it has an excellent reputation for environmental issues too. So we asked the university’s Horticulture and Product Physiology department to assess the four cultivation methods against the eight Sustainable Development Goals (SDGs) that are related to health and the environment – and are therefore relevant for the horticulture sector,” he continues.

High-tech cultivation excels in the key SDGs
Wageningen University summarized the results of the comparison between the four systems as a score card based on indicators such as yield, water use and nitrogen emissions. None of the production systems is the most sustainable way of growing tomatoes in greenhouses for all eight SDGs. However, high-tech conventional greenhouses achieved the highest overall sustainability score and ranked number one for seven out of the eight of the SDGs. “In particular, high-tech conventional greenhouses were found to excel in terms of their contribution to SDG 2 (zero hunger), SDG 6 (clean water and sanitation) and SDG 15 (life on land),” states Sander. “In terms of zero hunger, the protected system of a high-tech greenhouse provides full control over the indoor climate. This makes it possible to grow fresh produce all year round, literally anywhere in the world, which improves access to a healthy diet for people across the globe.” 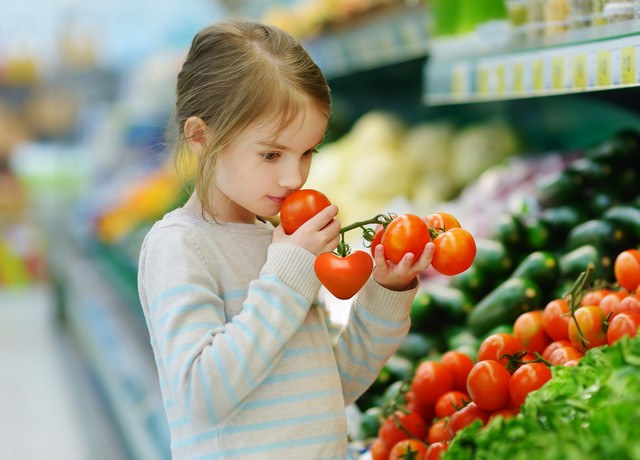 Cleaner water and less waste
High-tech cultivation offers several benefits over the other methods when it comes to water, which is becoming an increasingly scarce resource on Earth. “Because a high-tech greenhouse is a closed system, all the water needed during crop production can be treated and recirculated afterwards so there’s no waste. Besides that, the use of stone wool substrate in crop production enables the irrigation process to be controlled very precisely, which substantially reduces the use of precious water resources. Plus the water can also be fully purified before it’s released from the greenhouse. It’s often cleaner than when it came in, so there is no risk of excess nutrients or plant protection products polluting the local ecosystem,” he adds.

Good for biodiversity
The purity of any waste water is one reason that high-tech cultivation is better for biodiversity, and land use is another, according to Sander: “Land use poses the biggest threat to biodiversity because it eats into
the natural habitat and causes species to disappear. Because high-tech greenhouses are such efficient closed systems, they produce a higher yield on a smaller footprint so they take up a lot less land than
soil-based production approaches.” This is illustrated by an example in the report, which calculates that approximately 1.3m2 is required to produce 100kg of tomatoes in high-tech greenhouses with supplementary lighting, leading to the lowest land use. In comparison, an area of between 2 m2 and 17m2 is required to produce the same amount of tomatoes in low- and high-tech organic greenhouses.

More sustainable than other methods
Additionally, the other cultivation methods pose a greater risk to the environment than high-tech. “Because you can’t purify the waste water in open-field production, for example, the groundwater can become polluted with excess nutrients or plant protection products. Even if they are biological such as in the case of organic production, they can still harm the bio-life in the soil and surrounding ecosystem such as
rivers and streams,” explains Sander. “So if environmental concerns are the main reason for people to buy organic produce, they should perhaps actually consider buying produce that has been grown in
high-tech greenhouses instead.”

A similar misconception surrounds the use of chemicals in crop production and the associated health and food safety issues. “The use of water and stone wool substrate rather than soil eliminates the risk of soil borne diseases in high-tech greenhouses; growers make a ‘clean start’ right away. The controlled environment further reduces the pest and disease pressure so less use of plant protection products is necessary,” he says. “Moreover, the plant protection products used are nearly always biological rather than chemical ones. Therefore, produce grown in high-tech greenhouses has very low – if any – residue levels and they are always well within food-safe limits. However, at Grodan we are keen to take this to the next level and are setting up a project to guarantee the complete exclusion of chemicals, just as organic growers do right now. In fact, a number of our growers in France are already supplying tomatoes labelled ‘100% residue-free’ – and they’re commanding a premium price for them too.

Joint message from the industry
At Grodan, they are keen to build broader awareness that high-tech production is actually more sustainable than other cultivation methods. “And that’s not just our opinion; as the study demonstrates, it’s a scientific fact,” states Sander. “In the context of the ongoing debate about the environmental impact of the agrifood sector, we feel it’s important that all stakeholders – from local, national and European policymakers and NGOs to retailers, growers and ultimately consumers – understand the short-term and longer-term sustainability benefits offered by high-tech greenhouses.”

Conveying that message is a task for the entire fresh food production chain, he believes. “You’re always stronger if you join forces. That’s why we’ve started a coalition in order to engage and involve companies from all aspects of high-tech cultivation – especially growers, of course, but also greenhouse builders, specialists in biological plant protection products, and so on. We’re particularly interested in hearing from potential partners in Northwest Europe and the Nordics. So if you’re eager to become part of our ecosystem and help us promote high-tech cultivation as the truly sustainable alternative, please don’t hesitate to contact us!” he concludes