Kees Havenaar: "I don't think it's been this bad across the board before"

"I was just wondering whether it has ever been this quiet and negative in the trade in the past 25 years." Well, the tone has been set, but it is clear that Kees Havenaar of Frutas Luna is concerned. And to ask the question is to answer it: "I don't think it has been this bad before, at least not across the board. I can't name a product that is selling well at the moment." 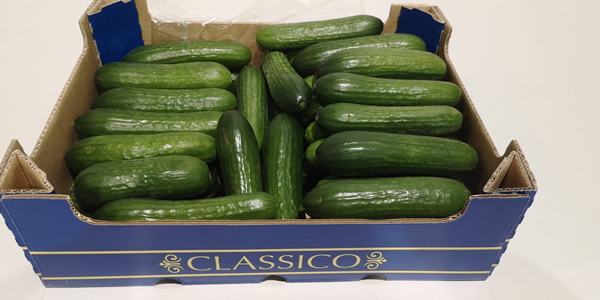 Be it lettuce, peppers or cucumbers. Actually, nothing is going well. Of course some will sell and a number of programs will continue as usual, but there is certainly no question of a rush," says Kees. When asked about his explanation, he says: "My theory is simple. With the first Corona wave, Spain was phasing out the harvest of many products. In addition, the Netherlands was not yet in the harvest and the supply was a lot lower. "

"Then people bought in like crazy and the shops were emptied, while now everyone does their shopping at their leisure and will go again tomorrow if they have to. The shops therefore do not need anything extra. The catering industry is closed, many markets are closed and also many daily markets in Europe are also hardly running any longer. "

"In addition, at the moment there just enough trade in Spain for everyone. Even the Netherlands still has some product. But Spanish exporters are filling the Netherlands with trade that they now no longer want and can not have. In addition, we have had very nice weather over the last two weeks, with a day temperature of over 20 degrees and even the nights are warm at the moment. So a perfect storm, in this case a negative one."

How long will this last? "No idea. But we at Frutas Luna will not lose hope. There is still trade going through the store. We have a few nice products under our brand and they keep running, such as white point, peppers, and also mini cucumbers. So we keep fighting in these dark times ... with lots of sun! "