How do you build a greenhouse? Why are trade shows important?

These are just a few of the topics covered on the Mucci Farms “Spill The Greens” podcast which has, to date, been better received than anticipated.

“All the reactions have been very positive. We’ve had more than 2,500 streams so far for the first seven episodes,” says Mucci Farms’ Ajit Saxena of the podcast that just launched in September. “I didn’t think we’d get that much traction in such a short time.” 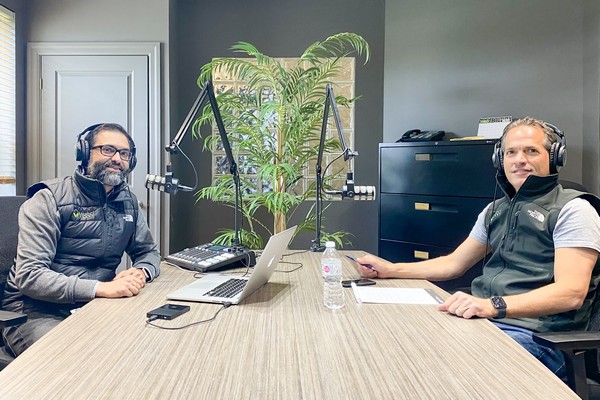 That kind of engagement is what Kingsville, ON-based Mucci Farms was hoping for when it decided to launch the podcast, an initiative the company was fully behind says Saxena. “We are always looking for new and exciting ways to market our company and over the past few years, greenhouse companies have taken a big step with integrating consumer marketing through social media,” says Saxena, who hosts the podcast. Mucci Farms wanted to go one step further into a medium that allowed itself an opportunity to tell their stories in full. “The podcast space is growing dramatically—faster than YouTube had grown,” says Saxena. “We saw it as a logical space to be able to have longform conversations about greenhouse farming where we could prioritize consumer education.”

The need for length
That longform was key. “In most mediums, especially social media, you have very little time to make an impression. While we love social media for how it helps us market certain aspects of our company, there is a lot about what we do and why we do it, that requires a lot more detail and context,” he says. “For example, we can’t explain why we’re still using plastic in 280 characters. There’s much more to that conversation. We’d rather have our new packaging development manager on an episode to chat without a time constraint about all of our efforts and also certain layers and barriers that the general public likely wouldn’t be aware of.”

And on that note, Saxena says the topics for episodes are still being fine tuned. “We want to see what the reaction is to different episodes so we can figure out—what is our audience looking for?” he says. “Our ideas right now are fairly broad and as we get feedback over the coming weeks and months, we can start to narrow those down.”

Reaching the consumer is one goal of the podcast, growing the industry is another. “There are a few podcasts related to the produce industry but none specific to the greenhouse industry that I’ve seen. One major way our segment of the industry will grow is through expanding the education component, and we think the podcast platform is one of the best ways to accomplish that goal,” says Saxena.

That includes people working within Mucci Farms itself. “I’m surprised at how much it’s helped internal communication. We have more than 1,400 people that work here and it’s neat to see emails from staff, many that have been here a long time, saying they were glad to learn some things about the company that they didn’t know until they heard the podcast,” says Saxena.

The podcast can be found at www.spillthegreens.com or any major pod catcher such as Spotify, Apple Podcasts or Google podcasts.