Even though the mechanization rate of cultivating and harvesting of the major agricultural crops in China has exceeded 70%, the development is uneven among different industries and regions. Chinese experts said that in the future, the low level of automation in the horticultural industry should be targeted as weakness.

The autumn harvest is in full swing across China, with various agricultural machines galloping across the vast fields. However, there are still many growing facilities relying on human and animal power. Luo Xiwen, an academician of the Chinese Academy of Engineering and honorary President of Chinese Society of Agricultural Machinery said, in face of an aging labor force, automation is playing an important role in maintaining the steady development of China's agriculture. 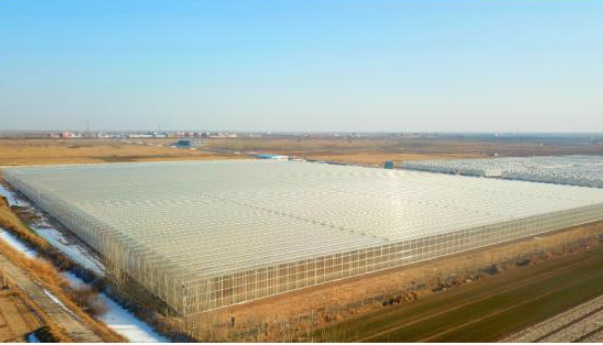 This situation applies to the horticultural industry as well. Globally speaking, China is one of the biggest players in indoor horticulture. Greenhouses and indoor growing facilities have broken the pattern of relying on the weather for food and farming in the open air, but it also has some shortcomings. "The automation level of indoor horticulture is only 30%, less than half of the level of the outdoor industry," said Tu Zhiqiang, deputy head of the Agricultural Machinery Promotion Center at the Ministry of Agriculture and Rural Affairs.

"Affected by the working environment and production scale, the development of mechanization in Chinese horticulture is insufficient. In the Chinese horticultural industry, there is a lack of equipment for seedling, grafting, transplanting and harvesting, and low per capita labor productivity," they conclude.

In recent years, a lot of explorations have been made on automating indoor growing and making it smarter. Beijing Kingpeng, as a substitute of Beijing Agricultural Machinery Institute, has also made its own unremitting efforts for promoting the development of China's horticultural industry. For example, Kingpeng built the first intelligent glass greenhouse in China and the first quarantine greenhouse and in the past two years, they have successfully implemented world-class modern intelligent greenhouse projects such as Shandong Qingyun Shuifa (7 Ha) and Rizhao Haoyu (9 Ha). "This way we hep filling the gap in the development of high-level intelligent greenhouses."