Supplies of tomatoes in North America are good however demand is softening slightly.

Windset Farms in Delta, BC is in good production with its three regions going: British Columbia (Abbotsford, Delta); California (Santa Maria) and Mexico. “Canada comes out in mid-November but production starts declining in Canada from now until then,” says Windset’s Jeff Madu. “Right now, tomatoes are probably the largest commodity we’re looking to sell. We’re in good supplies of tomatoes on the vine, cherries on the vine, medley, loose cherries, cocktail tomatoes and more. It’s not excessive production but we’re good for supplies.” He says Windset markets approximately 850 acres now in total commodities.

Competing with these regions, says Madu, would be the Ontario greenhouses with strong production as well. Many of them, in the Leamington, ON region particularly, have recently installed grow lights and grow virtually year-round now. 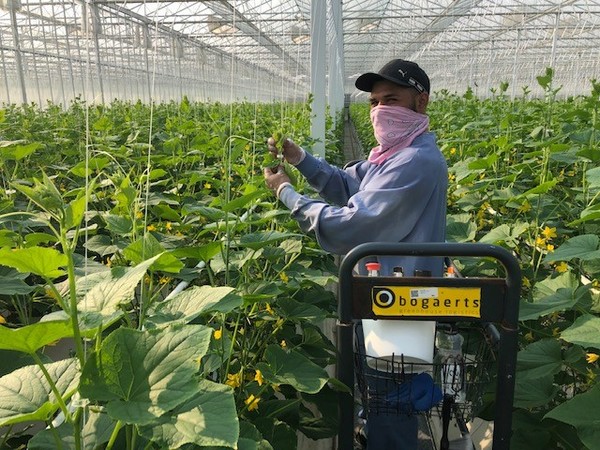 Demand softening
At the same time, demand had been strong for tomatoes. “Retail has been extremely good this year, but foodservice has been low,” he says, noting foodservice accounts for approximately 10-20 percent of its business. “But it’s come off this year in general. We always find September a bit sluggish for retail.”

Retail demand should stay solid moving forward, though Madu wonders about holiday foodservice demand down the road. “Usually our foodservice business then is always busy. But it’s been a very challenging year to predict,” he says.

As for pricing, it had been above historical pricing. “The spot market on all of our commodities has been higher than normal this year because retail has been strong. The market has been historic high right from the beginning of COVID-19 until two weeks ago, retailers were just looking for product,” says Madu. “Mexico has started, and demand is slightly down with production is up. It’s back to a normal market.”