Agroparks in the U.S. - a horn of plenty for investors?

America is known as the land of opportunity. When it comes to greenhouse horticulture though, there's still a world to win. With a large amount of greenhouse vegetables being imported from Canada and Mexico, and food production not always concentrated in the highly populated East and West Coast, there is room for growth. And the Dutch are looking to help - specifically, the Dutch Greenhouse Delta, which organized an event to highlight the huge potential for investors in U.S. agroparks.

Triple helix
From the World Horti Center in Naaldwijk (and remotely through video), several experts shone their light on the subject. First up was Marianne Vaes, Agricultural Counselor for the Netherlands to the US and Canada. She mentioned that the Netherlands has managed to become the world's second largest agricultural exporter, thanks to the 'triple helix' of cooperation between community, government and businesses. 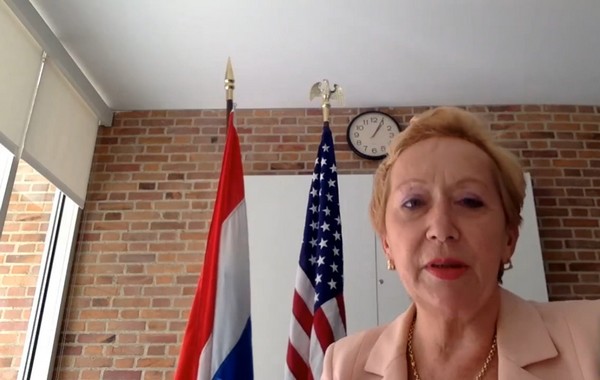 Looking at the U.S. with Dutch eyes, Marianne notices a number of challenges and opportunities, namely:

There is, therefore, a big opportunity for greenhouses in the U.S. "Agroparks can offer a very, very usable opportunity to establish this", the Agricultural Counselor noted, addressing investors. "We from the Embassy would like to work with you on the establishments of agroparks", pointing to a number of growers with Dutch roots who are already active in the U.S., as well as to new projects taking off.

Feeding the hungry
Next up was a pre-recorded speech from Andrew Young, former United States Ambassador to the United Nations and Mayor of Atlanta, as well as a close friend of Martin Luther King Jr. Referring to his time in the Netherlands, Andrew says he learned a lot from the Dutch and learned to respect the Dutch. 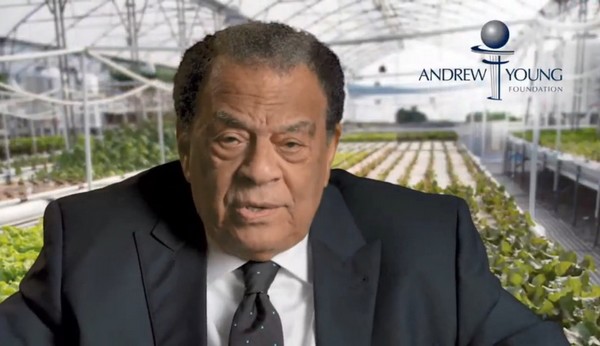 "When I became mayor [in 1982], the first to show faith in Atlanta was Herman Vonhof." Over a billion was invested in the city, the former mayor said, turning it into a shining example of public purpose capitalism. Now there's a new challenge that requires large investments: feeding the hungry of the world.

"We have acquired 200 acres of land just south of Atlanta with the help of Rabobank, and we're interested in Dutch technology. By some miracle, the Netherlands is the second largest food exporter, second only to the U.S., and you're half the state of Georgia. Being able to produce so much on so little land, it's the future.

"It's going to become increasingly difficult to grow food close to the people who need it. We need to close the distance, increase vitamins and minerals, use fewer pesticides." According to Andrew, this not just the answer to a health problem, it also answers a financial challenge. "You can't count on getting food from Mexico or China, or even from California to Georgia in the years to come. Food production will have to be more local." That's why the Andrew Young Foundation is working with 96 cities along the Mississippi River that are at risk of flood. "We need Dutch technology in the river, and grow food beside the river, so that when the floods comes, not if, we'll have to feed the hungry, clothe the naked, heal the sick, set at liberty those who are oppressed."

Voicing his appreciation for the Dutch investors, Andrew said that "as confused and difficult as we are, we probably are still the safest country in the world to invest large amounts of money", ending with some words of encouragement. "God bless you, and keep on keeping on."

Decentralization
According to the next speaker, Sabine O'Hara of the University of the District of Columbia (UDC), the U.S. has a highly centralized food system. "There is a need for a more decentralized system that brings food production closer to where the majority of consumers live (the East and West Coast)." At the moment, however, food production takes place predominantly in the center of the country.

Taking this idea of decentralization to a local level, Sabine pointed to the example of Washington D.C., which has eight wards that are quite different in terms of population and economic circumstances. In each of those neighborhoods, the UDC runs projects geared to those specific circumstances. 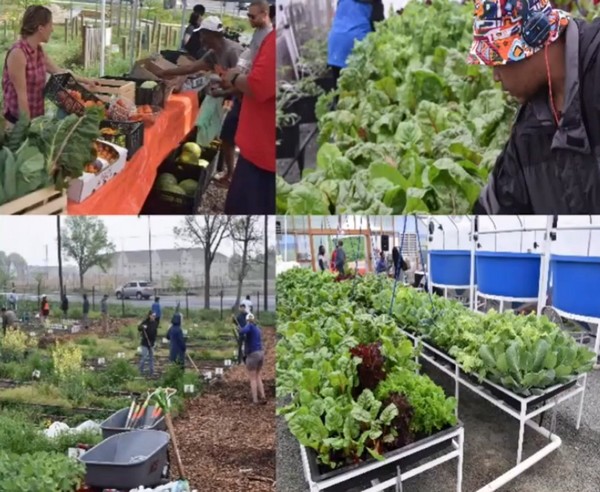 For instance, in one ward, they built a farm on a 3-acre plot of land across from a metro station for easy access. The farm features more high yield production, but also 60 small beds for neighbors to learn how to garden. Another ward, that isn't considered a food desert, is home to the university's main campus - the UDC project there functions more as a demo site for food production and tech. 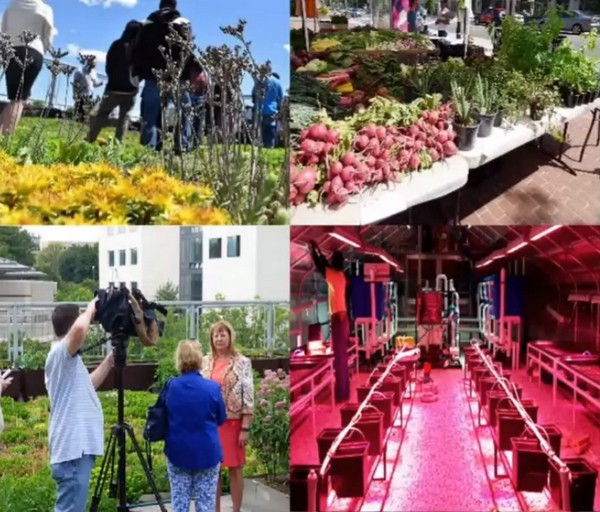 From the fork back to the farm
Next to take the stage was Eric Egberts, CEO of Dutch Greenhouse Delta, who started with a bit of a history lesson to explain how the Dutch, and the Westland in particular, got their leading position in horticulture: collaboration and competition are two sides of this coin.

Dutch Greenhouse Delta was established two years ago to export this knowledge and experience. "It represents a complete ecosystem that consists of greenhouse builders, breeding companies, logistic companies, companies in charge of screening, heating, climate control; we can supply you the whole ecosystem, with knowledge", Eric explains. 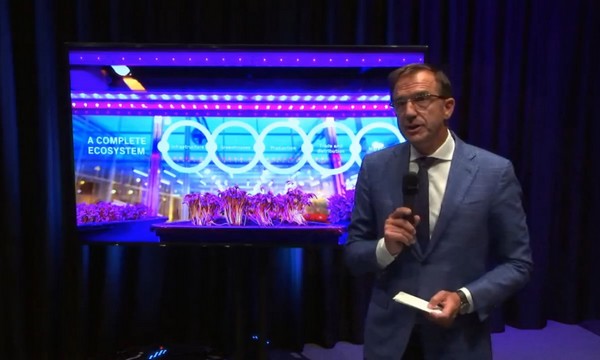 "Our philosophy is to think from the fork back to the farm: what is the need of the consumer? They ask for healthy, safe, locally produced food. It also needs to be affordable: if we can only produce very expensive food, nobody will buy it; Dutch Greenhouse Delta can help bring you an ecosystem, and answer the questions how to produce local and fresh food."

Thus, Dutch Greenhouse Delta provides a platform that facilitates collaboration, because, as Eric puts it, "horticulture is not a silo industry anymore. We have to collaborate with the energy industry, with the water industry... you need it all: good seeds, a good greenhouse, good education, willingness of government to help you... you cannot do that by yourself."

"No sense to buy a Ferrari if you live in the outback"
The next speaker, Cindy van Rijswick of Rabobank, highlighted the financial opportunities that high-tech greenhouses offer, saying that high-tech greenhouses will grow further despite the higher investment needed. That's because they provide consistency and predictability, which is something retailers want. And while profitability can be pretty volatile, in the Dutch glasshouse sector it's been pretty high in the last seven years, making it quite an attractive sector. 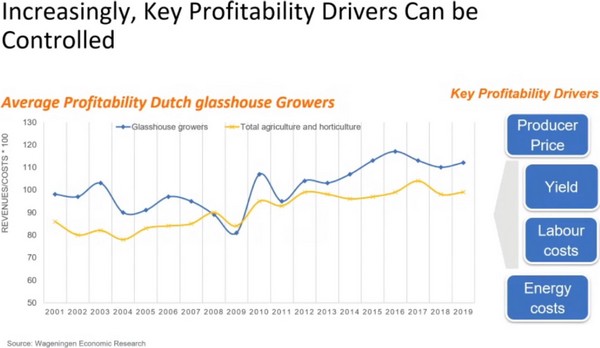 "There are still a lot of opportunities to improve profitability in greenhouses", Cindy notes, point out innovations like dashboards that track data in the greenhouse, sensors, LED lights, innovation in the post-harvest phase, and breeding companies that do continuous improvements in varieties in terms of productivity, flavor, colors etc. 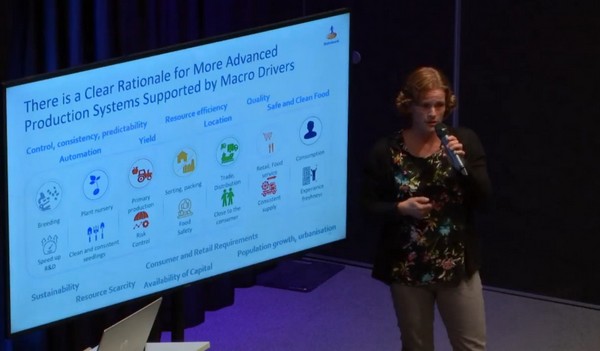 Something to keep in mind when it comes to financing greenhouses is that the bank also has to be interested. One thing that's important to them, Cindy explains, is if the greenhouse can be resold. "We also look at marketing strategy and a whole bunch of other things; are the right people managing the business? If not, businesses in the Dutch Greenhouse Delta can help with consultants."

And while it's easy to get fixated on high-tech greenhouses, it's good to remember there's no one size fits all. "There's no sense in buying a Ferrari if you live in the outback, even if it looks nice. You'd be better off with a Toyota Hilux or something. It's the same thing with greenhouses."

Federal government should step up
Well-known tomato grower and inventor of the Ultra-Clima greenhouse, Casey Houweling, also shone his light on the situation in the United States. While he also sees opportunities for investors, he also offered some words of caution.

"Every year, the percentage of imported food into the U.S. becomes greater and great. The greenhouse industry in the United States goes way back, but there have also been very many bankruptcies and failures, some very big ones. You have to turn back that clock and say: why has that happened?"

Having production locations both in the U.S. and in Canada, where the greenhouse industry is more developed, Casey is in a position to see the differences between the two markets. "One of the biggest issues is that greenhouses have been neglected from the agricultural forefront. Agriculture here is primarily field farming, with low labor products getting shipped out of the U.S. The government has been very supportive of that, but there's been very little support of the greenhouse sector."

In addition to lower taxes in Mexico and Canada, the availability of labor is also a huge issue in the U.S., according to Casey. "Canada has a good foreign worker program, the U.S. does not; our kids of this generation do not want to work in agriculture, so smart tech could absolutely be interesting for this new generation. Within the next ten years, you'll see astronomical changes with robots and AI, but we're not there yet. To get there, we need innovation, but we also still need to rely on the labor force to work for us. If we want to get the United States to a higher percentage of greenhouses, we'll have to start with government policies. A coordinated effort out of federal government would help a lot."

But ultimately, Casey has a positive message for investors looking at the United States. "If you fix some of the problems I laid out, the possibilities will be virtually unlimited, because supply is so undersupplied in the U.S. As investors and growers, we need to know the problems upfront so we can mitigate those."

This sentiment was echoed in the panel discussion that followed, in which Henk Verbakel and Jon Adams (Havecon), Joep van den Bosch (Ridder), Edward Verbakel (VB Group), and Olaf van Marrewijk (Hagelunie) sketched the opportunities for greenhouse horticulture in the United States.