Greenhouse, outdoor, or indoor: Which kale is healthiest?

Urban populations have plenty of access to calorie-dense, nutrient-poor foods. In order to move to a healthier diet, however, they need access to vegetables and other micronutrient-dense foods, according to Danish economist Per Pinstrup-Andersen, who says it's time to take vertical indoor farming seriously.

Eye health
Leafy greens are an important source of proteins, dietary fiber, vitamins and minerals. One of those vitamins, vitamin A, contains carotenoids which are produced in the so-called violaxanthin cycle. Depending on light conditions, the violaxanthin pigment in crops is converted into antheraxanthin, which can in turn be converted into zeaxanthin, provided the light conditions are favorable.

If this sounds a bit too much like a science class, Marianne gives a practical example of why this matters. Zeaxanthin and lutein play an important role in reducing age-related macular degeneration, an eye disease that can cause blurring vision. Because these two substances aren't naturally produced in the human body, it's important to consume them through foods. Kale happens to be a great source of lutein and zeaxanthin, so raising the content of those substances in kale can contribute to people's health. Would growing kale indoors aid in that quest? That's what Marianne and Neil set out to explore. 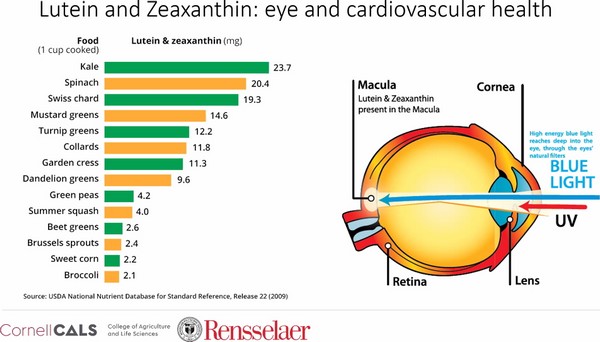 Three varieties, three seasons
In the experiment, three different kale varieties were used: Toscano, Redbor, and Winterbor, each grown in the field, in the greenhouse and in a growth chamber, over the course of three growing seasons. The researchers then analyzed two samples from the same leaf, with multiple replicates plants, to check for levels of the nutrients violaxanthin, lutein, chlorophyll a and chlorophyll b. 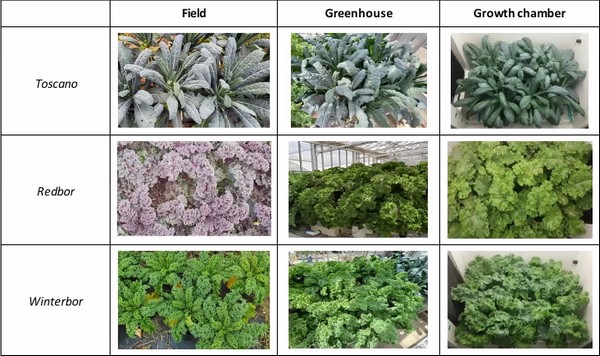 Results
Sharing the results, Marianne notes that the kale grown in the growth chamber had a lower fresh weight. This is likely related to the fact that the light intensity there was lower, and there was less space available for the plants.

This is also echoed in the higher levels of violaxanthin found in the growth-chamber kale. Violaxanthin is produced when you have low light, whereas zeaxanthin is produced when you have high light. Also of note are the higher levels of lutein found in the growth-chamber kale, which Marianne attributes to the lower leaf area and fresh weight.

Of note in the carotenoids levels, Marianne points out, is that Toscano is structurally different, so it has a different composition. In general, the growth chamber grown kale performed better in carotenoids content, with field and greenhouse kale about the same.

In a separate trial comparing 14 kale cultivars grown in the greenhouse, Neil notes that the fresh weight varied from 500 to 140 grams, and the largest cultivars didn't have the highest carotenoid content. Interestingly just based on cultivar, there was over a two-fold difference in carotenoid concentration. So cultivar selection is important for indoor cultivation. He concluded that there's still lots of room for future research: for instance, a different study could look at post-harvest time, to see the effect of the cold chain and additional time on nutrition.