It could be a good summer for vegan barbecues

Waitrose is set to see a sizzling summer for vegan and veggie barbecue food as sales soar by 80% in preparation for the heatwave due this weekend.

The supermarket, which is expecting to sell more meat free barbecue products than ever before this summer, has already seen searches for ‘Vegan BBQ’ on Waitrose.com increase by 26% in the last month. This, coupled with the increase in searches of ‘Vegetarian BBQ’ by 32% highlights the significant and continued rise in the UK’s appetite for plant-based produce. As shoppers prepare to enjoy a spell of good weather, searches for ‘Vegan BBQ sauce’ saw a 300% increase on Waitrose.com too.

The ever-growing popularity of veganism and innovation within the Waitrose vegan barbecue range has led to an increase in the sales, with Vegan Spanish Style Whirls up by 80%. Barbecue staples with a plant based makeover have also seen sales heat up, with Vegan Mushroom & Leek Bangers up 157% and Vegan Jackfruit Burgers up 17% within the last year. 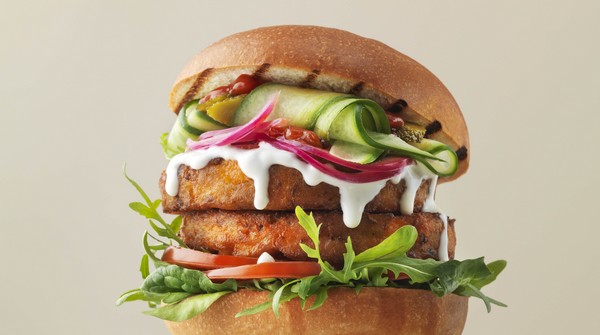 Sales of large veg, ideal for grills and barbecues, such as corn on the cob and flat mushrooms have also been a top choice, with sales increasing by 163% and 111% respectively. Courgettes have also risen by 129% and broccoli is up 128% as shoppers look to get plenty of greens on the grill.

Charlotte McCarthy, Vegan Buyer at Waitrose comments “We expect this year to be our biggest for vegan and vegetarian barbecue food yet, as home-cooks seek to incorporate more flavours and options to liven-up their summer dining.

The growing appetite for meat-free dishes is reflected in recent sales, as shoppers look to explore the wide variety of vegan and veggie options this barbecue season. We continue to see rising sales of our range, and know our customers are especially enjoying the all the exciting and innovative new products ”