"Risk of E. coli in hydroponic and aquaponic systems may be greater than once thought"

A spate of foodborne illnesses in leafy greens and other produce in recent years has sickened consumers and disrupted growers and supply chains. It’s been thought that hydroponic and aquaponic systems could reduce these issues since there is little opportunity for pathogens like E. coli to contaminate the edible parts of plants. 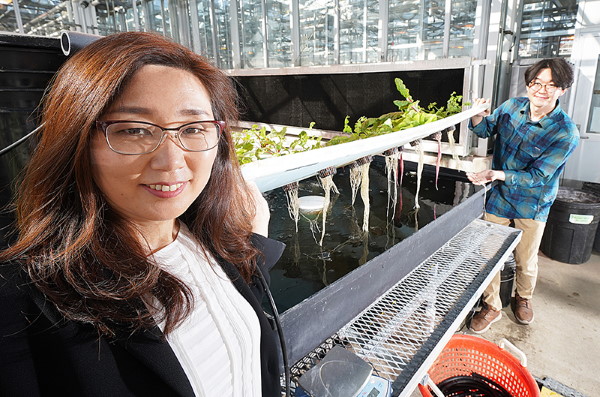 A Purdue University study, however, has found the presence of Shiga toxin-producing E. coli (STEC) – the same bacteria that have made consumers of several produce products ill – in hydroponic and aquaponic growing systems. Hye-Ji Kim, an assistant professor of horticulture and the study’s corresponding author, said the findings suggest growers using these systems should be careful in handling and harvesting to avoid contamination.

“Many people think that there is no chance that E. coli could be present in these systems and that risk of contamination is low,” said Kim, whose results were published in the journal Horticulturae. “Our findings suggest there is some potential for food safety concerns. We’re not saying that these foods are unsafe, but that it’s important to handle these plants properly and carefully.” 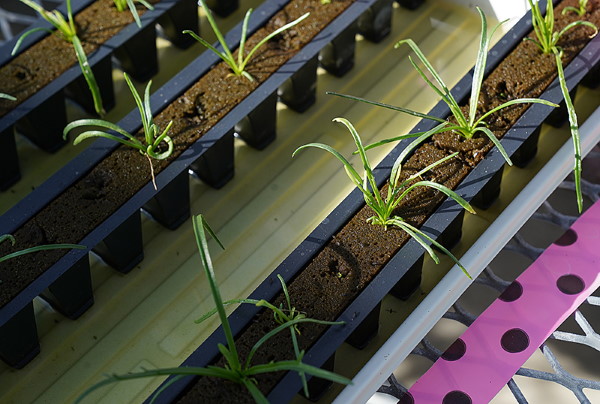 Aquaponic and hydroponic growing systems are thought to have little risk of containing bacteria that can sicken produce consumers. After finding E. coli in both types of systems, Hye-Ji Kim suggests growers to use caution to not introduce the bacteria to their operations. (Agricultural Communication photo/Tom Campbell)

The E. coli outbreaks that have occurred in recent years tend to happen in leafy greens and other vegetables grown in irrigated fields. Potential sources could be from E. coli in manure or groundwater that reaches the edible portions of plants, or from those contaminants getting to plants after root damage by wild animals. 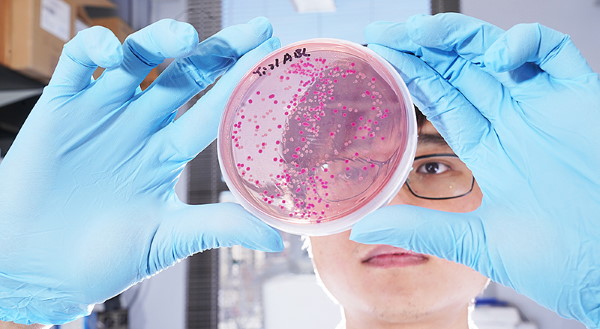 Kim, Yi-Ju Wang, a graduate student in Kim’s lab, and Amanda Deering, a Purdue clinical assistant professor of food science, set up both hydroponic and aquaponic systems for growing lettuce, tomatoes and basil for about two months. The scientists found E. coli in both systems at the time of harvest.

In the aquaponic system, the authors believe the E. coli was introduced by the fish. The bacteria was found in the water, on plant roots and in fish feces.

“Our separate aquaculture system confirmed that fish feces were a major source of contamination with STEC in the aquaponic system,” the authors wrote. “These results indicate that introducing contaminated fish can be a source of foodborne pathogens in aquaponics.”

The presence of E. coli in the hydroponic system, in which fish were not used, suggests that the bacteria was introduced accidentally. Kim believes it could have splashed from a nearby aquaponic system or have been introduced by a visitor who brought it in from outside the greenhouse. Either way, the presence in the system suggests that accidental contamination is a real risk.

E. coli was also found on plant roots in both systems, but the bacteria did not internalize in the plants. In other words, even with the bacteria present in water and on the roots, the edible portions of the plants were still safe to consume.

“The best way to manage these issues is to not touch roots or water throughout production cycles. If you do, you should thoroughly wash your hands before touching the edible parts of the plants,” Kim said. “Proper sanitization of equipment is also important. And acquiring fish that do not contain E. coli would also be beneficial.”

Kim’s lab is continuing to investigate food safety risks in hydroponic and aquaponic systems. Projects include damaging roots and simulating splashes to understand how much contamination can occur.