On Saturday, December 14, it was time for the annual company party at Gakon. This year the Olsthoorn Ranch in Naaldwijk was chosen as the Westland location. While enjoying a snack and a drink, 'a grand party’ developed, in which several people were put in the spotlight.

The evening was started by Pieter van Berchum, who, on behalf of the management, complimented all those present with the achieved results in the past year. Also a short glimpse was dedicated to the new year, in which new challenges will be taken on.

After this it was Harry Piekema’s turn, better known as supermarket manager Henk van Dalen, from the Albert Heijn commercials. He had the honor to put a number of people in the spotlight. With pensionable employees Henk Tetteroo, Peter de Wit, Nico Aalbregt and Marien Langenberg, they looked back on all their years at Gakon. They also looked ahead at their tempting retirement

In addition to the pensioners, there was also the celebration of a 25-year anniversary in the room. Laurens van der Burg crossing the magical limit of 25 years in service. He received a bouquet and an applause. 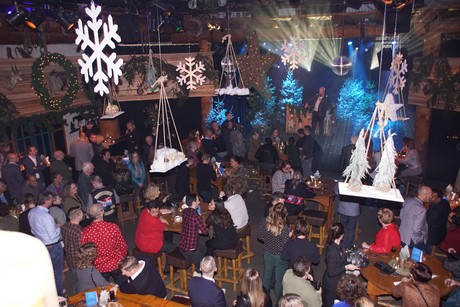 After the opening of the buffet, it was time for the DJ to get everyone moving. That worked quite nicely as you can see on the photos. The party continued for a long time, with the end time of midnight being amply exceeded by some.