North America's last trade show of the year is a wrap. Yesterday December 12th, the 10th annual New York Produce Show was held at the Jacob Javits Center in New York City. Holding a produce show in NYC during the holiday season is guaranteed to make for a good turnout. Out of any produce show in North America, this is probably the one that sees the most spouses joining. At the same time, it’s a challenging week for produce people to be away from the office with less than two weeks to go until Christmas.

Positive feedback
There was a good vibe on the floor, and it was pretty busy until mid-afternoon. Not surprisingly, feedback from exhibitors was predominantly positive. “It’s a great show for us,” said Dan Davis with Starr Ranch Growers. “All key retailers for us were here and our Juici apple was the big rave of the show. People took almost all our samples." 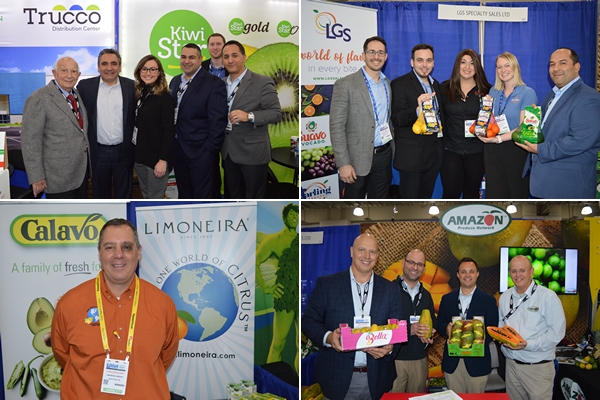 Click here to see the photo report of the show.

Show has its place in the market
Although smaller in size and with a more regional focus, this show has its place in the market. It sees a strong representation of East Coast based companies. In terms of sales, the East Coast is a key market for exhibitors, but at the same time, the sourcing side gives this show a very international character. Clementines from Morocco, chestnuts and kiwifruit from Italy as well as persimmons and dates from Israel are just some of the products on display. "Many East Coast companies import from Europe and Northern Africa because it is cheaper to ship a container from Morocco to the East Coast versus having a truck drive from California to the East Coast," one exhibitor said.

The South American produce season is in full swing. In addition to Avocados from Mexico that are available year-round, Chilean fruits are in season now and dragon fruit from Ecuador is starting up. Mangos from Ecuador and papayas from Guatemala were a few other South American items on display. 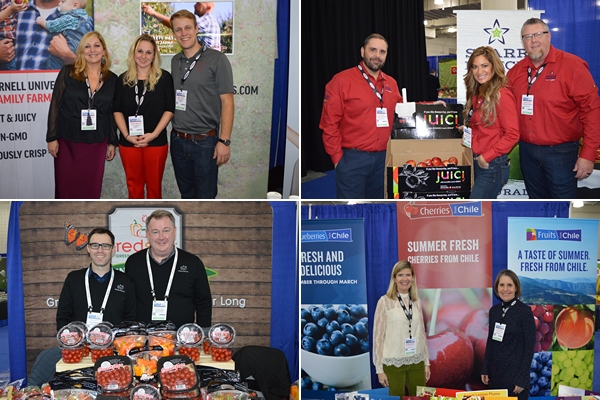 Red kiwi fruit and a bag made out of sugar cane
Although the selection of produce on display was big, very few new products were introduced. There was red kiwi fruit from Italy and organic beets in pouch bags will be launched soon. Another product that stood out was a plastic-free mesh bag, which was 96 percent composed of sugarcane. The cutest product on display was a celery Christmas tree. It may have been the most photographed item of the day.

If you want to take a peek at these products or if you are curious to see who exhibited at the New York Produce Show this year, click here to see the photo report.