Rabo Foundation celebrated its 45th anniversary in Amsterdam on Thursday, November 21. Established in 1974, the Foundation is dedicated to improving future prospects for vulnerable populations worldwide by investing in their self-sufficiency. Its support remains as vital today as ever. In 2018, Rabo Foundation reached 3.3 million smallholder growers in 22 countries. In the Netherlands, 1,172 people found jobs with one of the social enterprises with which the fund cooperates, and 128,740 people received training to help them lead financially healthy lives. 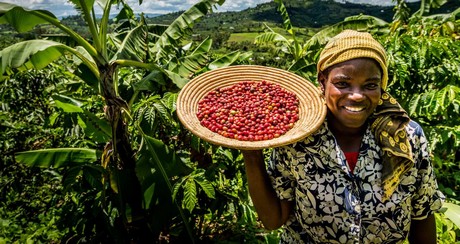 Self-sufficiency
“The idea that ‘We are stronger together’ has long been part of Rabobank’s cooperative ethos, and it is also the philosophy behind Rabo Foundation,” said the Foundation’s Managing Director, Pim Mol. “By investing in their self-sufficiency, we aim to improve the lives of smallholder growers abroad and vulnerable populations in the Netherlands. The reasoning behind our approach is that financial independence can have ripple effects, including local economic development, social welfare and positive environmental outcomes. In developing countries, smallholder growers are often regarded as ‘unbankable.’ That is, they present too great a risk for traditional banks to take them on as customers. If we provide them with a loan, they can gain financial independence after some time and will eventually be able to open bank accounts in their own country.”

Millions of growers
Over more than four decades, Rabo Foundation has addressed social and economic challenges such as food security, social inclusion and poverty around the world. Working with farming cooperatives and small and medium-sized enterprises (SMEs), the Foundation currently reaches millions of smallholder growers in Africa, Asia and Latin America. By providing loans, knowledge and expertise, the Foundation supports more than 369 organizations in over 20 countries. Its endowment over the past 45 years has grown from 900,000 Dutch guilders to EUR 35 million a year.

Stronger financial position
Rabo Foundation also operates in the Netherlands, where it invests in social enterprises and organizations with the objective of improving financial literacy and access to the labor market for people who are eager to work but struggle to find employment. “Having a stable financial position has a huge impact on people’s lives and wellbeing,” Mol continued. “For many people in the Netherlands, financial self-sufficiency is not a given. We use our network to work on this issue together with several of our partners.”

Inception
The Foundation started out in 1974 as the Stichting Steun door Rabobanken (Rabobank Support Foundation/SSR) with just three employees and an endowment of 900,000 guilders. It was created from the merger of the Raiffeisen- and Boerenleenbanken development funds, both established in the 1960s. Supporting vulnerable growers in emerging economies to achieve self-sufficiency and helping insecure populations in the Netherlands to attain financial health has been part of Rabo Foundation’s mission from the very outset – a mission to which it has remained true to this day.

In 2017, Rabo Foundation received the international Jacques Diouf Award from the Food and Agriculture Organization of the United Nations (FAO), in acknowledgement of its many years of dedication to supporting and boosting the economies of small farming communities in developing nations.